First up some completed units for the early Byzantines and the War of the Triple Alliance. 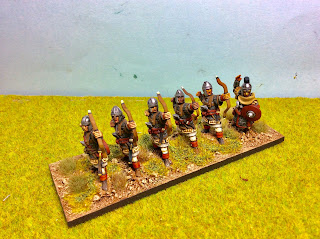 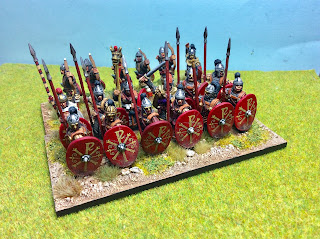 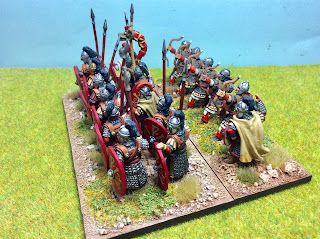 Rear rank archers and together with the rest of the unit finished earlier.

The first battalions for the Paraguayans and Brazilians.

Now on to the Ponyri scenario using Battlegroup Kursk rules, I was able to mirror the units I had used for the Rapid Fire game. However I did add a timed airstrike in for the Germans and as a counter an AA HMG for the Soviets.
It turned out to be a bad day for the Germans, Hans call in the artillery, sorry Herr Leutnant they are not responding, Kurt supress that Russki MMG, ere no. Here comes the air strike, now they are for it, squat, Hans the artillery try again, yes! No, no, no I said the trench line not the tree line! Meanwhile the Soviets could do no wrong, for instance the Zis3 could not scratch the Ferdinand frontally but could pin it with a six, yes a six duly rolled. Turn six with half of the surviving units pinned and the German Battle Rating down 60% and no unit even half way across the table, I decided the Germans would call off the attack. I can even do badly against myself it appears. 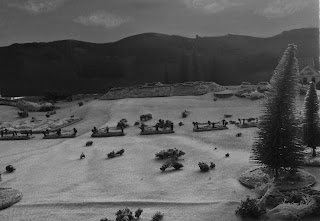 Do we have to assault that Herr Leutnant? 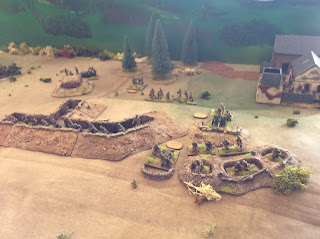 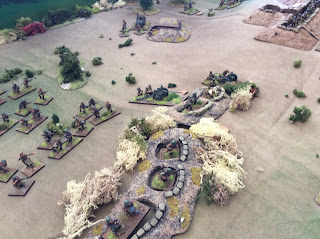 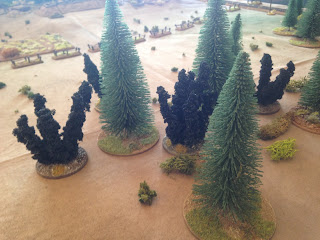 The Soviet artillery is not lacking. 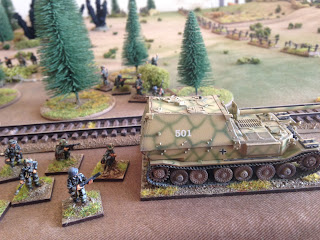 Send up the Ferdinand to be pinned. 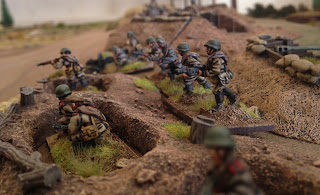 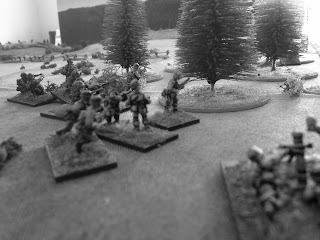 A black (and white) day for the Germans.