Yes I am trying to win the 2012 contest for the longest blog title, but no, here are my latest figures for the forthcoming Lardy game, "Dux Britanniarum", visitors to Triples will have been able to see these in action or indeed take part, didn't attend myself but here is a good report and pics of the Lardy game, Roundwoods World. I did however attend Partizan a week later, busier than the September one I thought, as usual some cracking games on display, alas the lighting in Kelham and my camera are not compatible with good photo's so no pics from me I'm afraid. There was the usual spread of traders to cater for most of our needs, alas no Gripping Beast though, else I may have spent more, as it was I did get a pot of paint, a box of the Perry mounted men-at arms and some wire spears. Splendid games to see too, having put on games there with Dave and Matthew for several years I know of the time and effort involved so people who do this for us should be applauded. Met up with chums old and new and the weather was excellent too what more could you want? Anyway here are the latest figures - 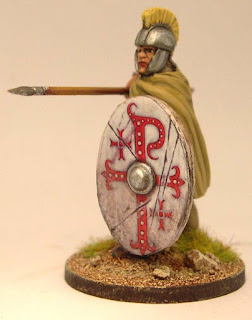 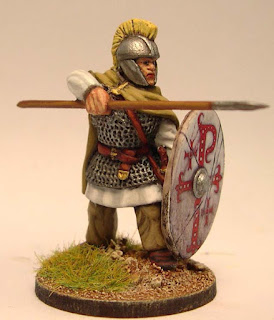 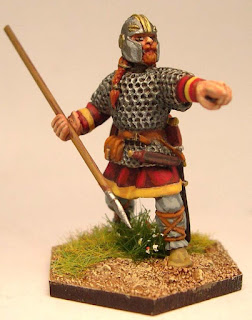 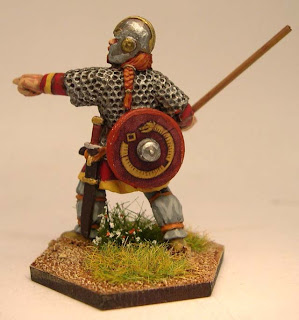 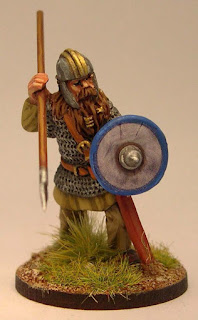 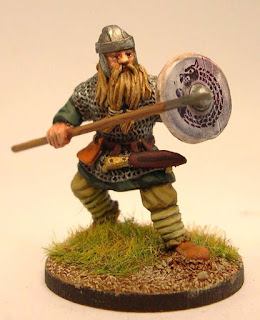 
﻿On the games front I managed two trips to GHQ were, firstly we play tested Dave's new rule set for the English Civil War and secondly we played out the game for a scenario set in an invaded Britain in 1940 which will feature in the 300th edition of WI, an issue not to be missed there are some splendid articles lined up for this, more info and pics can be found on Dave's blog Tales From GHQ

Well that's all for now folks, its back to painting.