Earlier in the year I purchased another Warlord Games ruined farmhouse to add to my Spanish property portfolio. Rather than do it as a bombed out building I decided to do it as an old building abandoned to the elements. 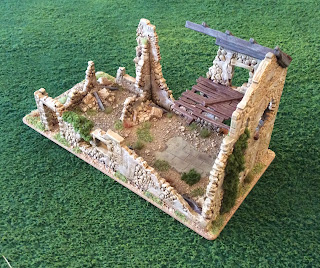 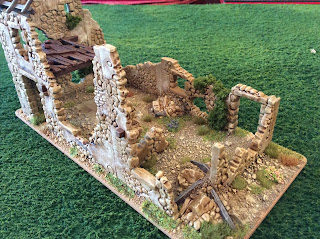 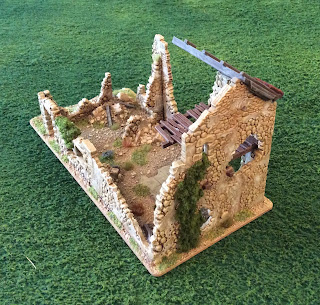 Check out Tales From GHQ for the latest game report there, next one here will be on 1st October.

A photo montage of today’s eastern front game using Battlegroup rules using order dice to decide which side could issue orders during the turn which I mentioned in the previous post..
A totally inept performance by Germans, that would be me of course, gifted victory to the Russians, commanded by Comrade General Bikkliski 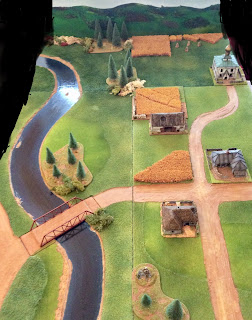 The Russians will enter from the top right corner and the Germans from the bottom left. 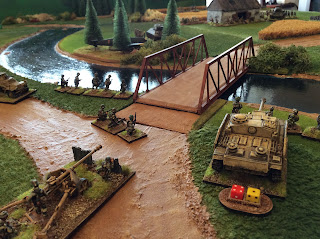 The Germans failed to take advantage of their early initiative and find themselves hemmed in on the wrong side of the bridge. 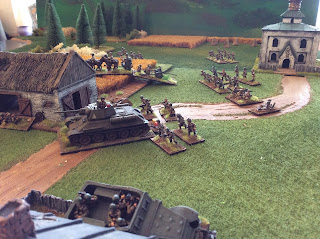 Russian reserves surge forward in support of the initial wave. 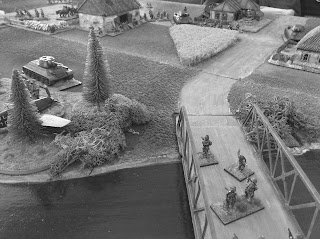 The Germans in desperation send an ill fated assault across the bridge, a case of to little to late, needless to say it is decisively driven off 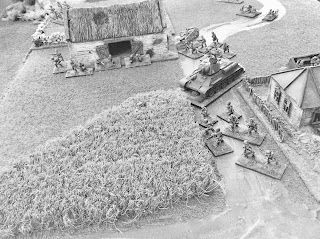 The Russians continue to consolidate 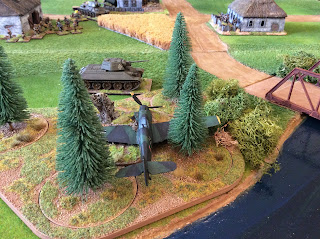 A T34 lies in wait to side shot any Stug that ventures across the bridge. 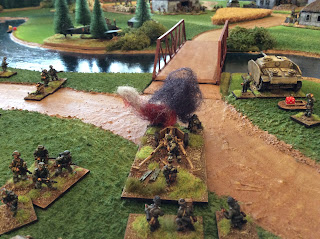 It became evident before lunch that the Germans were never going to drive off the advancing Russians, but needing to play on to keep the rules fresh in mind we carried on further until time ran out. When time ran out the Germans were two Battle Rating points off breaking, whilst the Russians were over ten away, this will gain them three victory points in our loose ongoing 1943 campaign.
Next game we will continue with the 1945 Rawnstadt campaign where the Russians also have a three to nil lead.

This has been staring at me accusingly in its grey primer for more years than I care to remember, I could bear it no longer. I set to this week and put it out of its misery, and will reward its patience by making it an objective in the game on Monday. 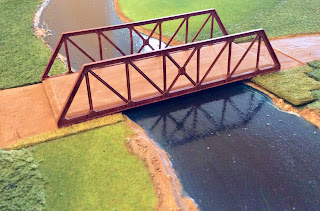 Mention chickens, another little piece to make the table top look inhabited. The well is from Coriatani, the chickens (painted as Spanish white face) from Hovels, the barrel and bucket from the bits box while the rope is made from twisted fuse wire, base from Warbases. 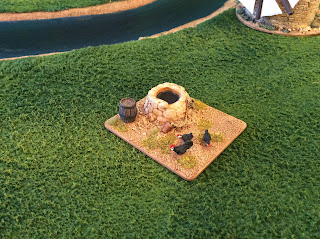 Suitably inspired by another namesake, jimbibblyblog I have got around to adding sails to the windmill, James used Japanese calligraphy paper for his 15mm creation, I jokingly asked my wife if she had any in her card making stuff, no but I do have some vellum said she, ideal thinner than paper and stronger. Here it is pictured on my latest terrain board, now my river does not have to run across the four foot part all the while, the sails are not has white as the photo suggests. 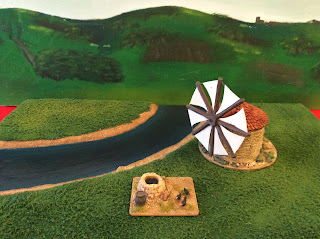 Yesterday was a full day over at GHQ as I had to drop my wife off for an hospital appointment early AM and drop her back at work around lunchtime, which just happens to be around the corner from GHQ. After a dry brushing session on the excellent buildings Dave has made up we set to with another outing with our Italian Wars collection, trying out our latest modifications to the Neil Thomas rules we use, we have decided a few more tweaks/additions for next time. For a full report of the action pop over to Dave's blog, The Battle of San Philippe

Here are a few taster pics wot I took. 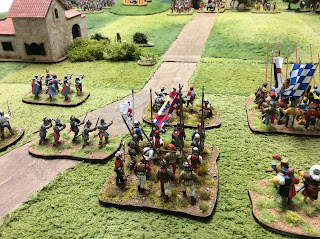 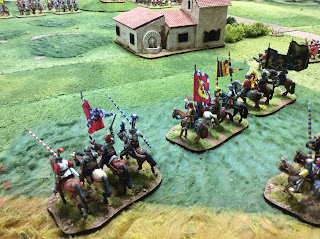 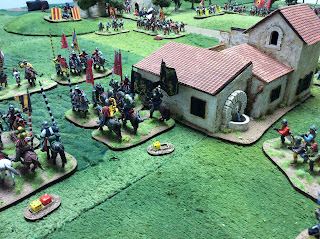 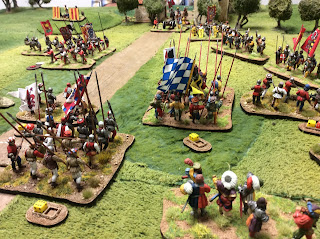 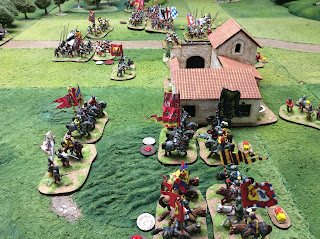 Here at OHQ next week I plan a return to the Russian front using Battlegroup rules, after watching an AAR on UTube, The Acceptable Casualties I was reading the comments, one said that they did not like IgoUgo games so they dice for orders each turn and that result they add the amount of Bolt Action order dice applicable for each sides orders to a bag and draw them out. Its sounds an interesting twist so we will give it a try. Stay tuned.