Cry Me A River

Here are some water shots as promised, my end stops worked a treat, so no crying involved really. 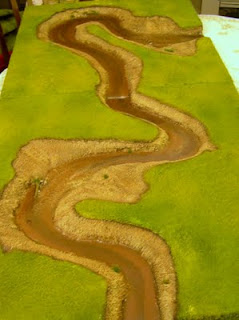 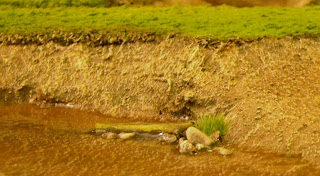 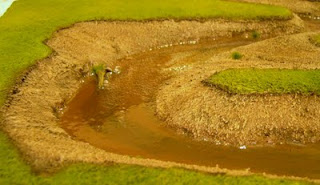 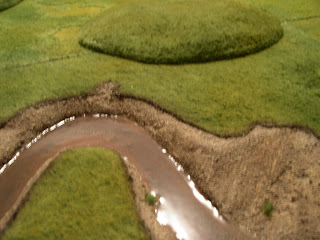 The last few weeks on top of my painting schedule I have also been building some terrain for Matt, Matt wanted some aesthetic but multi-purpose terrain that could be stored in a relatively small space, we therefore went for flat boards so that Matt could place his own roads, woods etc on top, I would make three larger hills, also to be placed on top. We went for poly boards mounted on MDF for ridgidity, this would be covered with green towelling suitably sprayed with car paint, Rover Brooklands Green, Applejack and Ford Daytona Yellow respectively. Some of boards would also have patches of grass matting to represent more broken terrain, marsh etc. The only sculptured pieces would be the stream, this again would be made to be configured two different ways for variety, I glued the poly boards to the MDF as per the others and carved the shape of the stream that Matt desired, this was then coated with Polytex, painted a suitable colour to match as far possible the bases of Matt's figures, I added a few stones, driftwood etc. I then used Woodland Scenics Realistic water to fill the stream, I stopped off the ends by staple gunning a piece of card wrapped in cling film and then sealed the edge with clear silicon filler to stop the Realistic water running out the ends. One bottle has been enough to put on four layers. To give the illusion of more depth the bottom of the stream was painted a darker colour in the middle and on the outside bends where the water tends to be deeper, I also painted it a lighter colour at the two fords to give a shallower effect, I am just waiting for the final layer of water to dry before taking of the stoppers, keeping my fingers crossed they will come off OK.

Here are some WIP shots


The stream marked out. 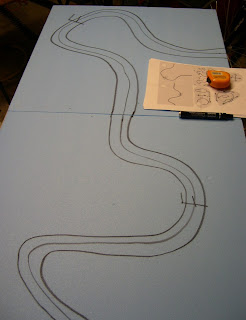 One of the plain boards, unfortuneatley the camera has washed out the subtle shading given by the spray. 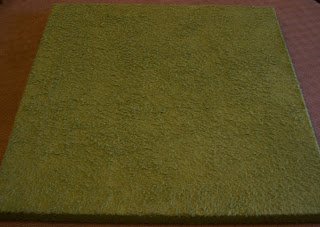 One of the hills, with twin peaks 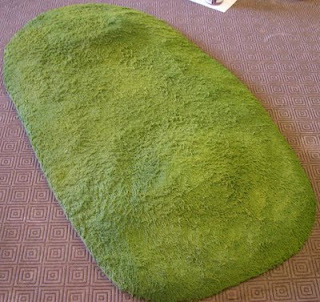 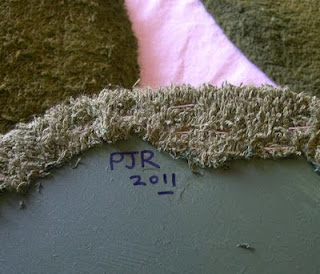 Hill in place on the board 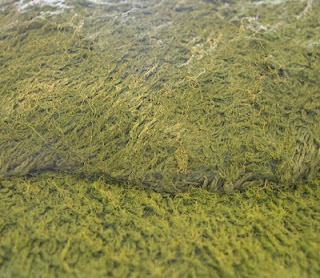 The stream polyfillered and painted 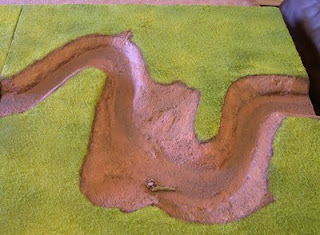 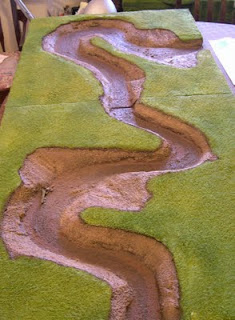 The end stopped off for filling with the water 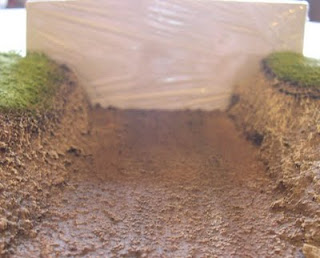 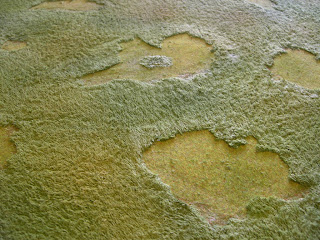 ﻿I will add more pics of the finished stream and an overall shot later.
There you go, not on a par with the fijords but I hope this will be of interest and show that you can have handsome looking and at the same time versatile terrain.
TTFN
Posted by Phil Robinson at 05:22 5 comments: