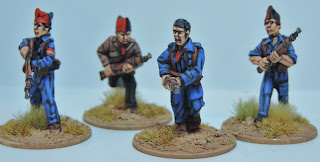 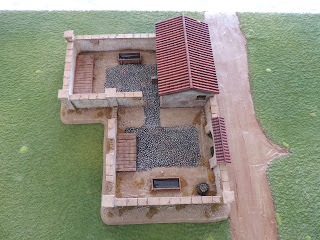 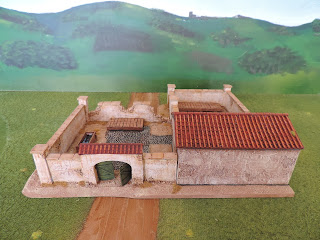 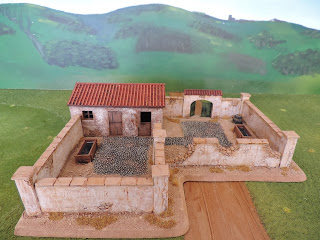 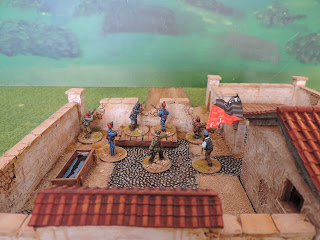 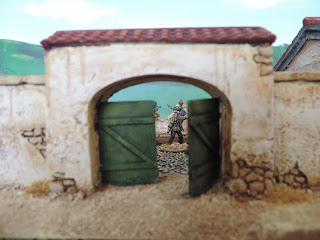 Despite Dave having the most tremendous cough and cold and myself having just the cough, my wife has gone halves on this, she has the cold, we managed the planned SCW game earlier today.
I made it a small game with just six units a piece and played it on a 4'x4' table using Bolt Action rules. I didn't add to many SCW amendments, both sides units were classed inexperienced except that the Carlist militia if requiring a morale test would roll as regular morale, I also added a small deck of chance cards, one would be drawn when a red dice came out of the bag.
The rebel forces were holding a bridge which the anarchist militia would attempt to take control of, they had four squads of eight eight figures and a command team of two figures, an armoured truck would appear on the road on a dice throw of six when the last Republican order dice was drawn, this would reduce to five from turn two, four on turn three etc.
The rebel forces consisted of four six man squads of Carlist militia, supported by a squad of ten Falange militia and had a command team of three figures.

Turn One - Saw the general advance of the anarchist forces whilst the rebels consolidated their position around the bridge, the chance card was Nationalist Friction, this saw the removal of an order dice, there was only one left in the bag so the final Carlist squad remained off table. The armoured truck failed to appear.
Turn Two - The government troops continued to advance in the direction of the farm to attack the rebel flank, whilst a diversionary squad advanced the other side. The chance card was La Tarjeta En Blanco.
Still no sign of the truck.


Turn Three - Shots began to be exchanged with the anarchist diversionary squad and the Carlists at the ruined watch post, the anarchist flanking force came into range too and began to fire on the Falangists flank forcing them to take cover at the other barricade on the road. The chance card gave one of the anarchist squads an additional move bringing the within range, however it did not allow them to shoot so the rebels were able to adopt a better protective position. The truck? of course not, debating who would pay for the fuel no doubt.
Turn Four - The anarchist attack is beginning to stall, the rebels are aided by the chance card draw which enable them to put a down order on the anarchist diversionary squad, scuppering their plans to attack the Falange in the flank whilst they are engaged to their front on the road. Where's that bloody truck!
Turn Five - Both sides are now taking casualties but neither is about to give way, the chance card brings a stray artillery round just missing the bridge and causing the Carlists on it to get a tad wet. The two anarchists in the road knowing they are done for charge the remaining Falange behind the barricade, to no avail. However it does enable another squad to advance a little nearer ready for next turn.The truck arrives, moves, fires, misses!
Turn Six - The anarchists burst through the tree line and take out the rebel command, things begin to look better for the government forces, but wait the chance card ends the turn after the next order dice. The anarchist dice comes out but the chosen unit fail their order test. The dice will determine if there will be a turn seven, yes there will, there is still hope.
Turn Seven - The truck fires on the Falange and misses again, the chance card is no good for either side, the Carlists try and eliminate the anarchist squad that is contesting the bridge and fail, a honourable draw is concluded. 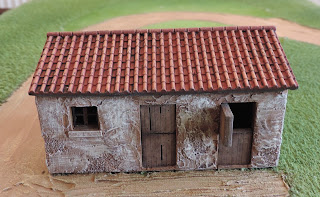 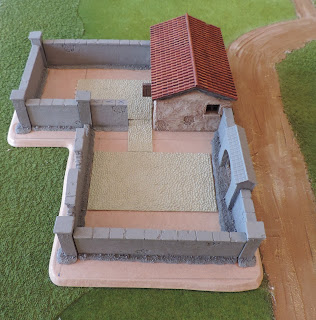 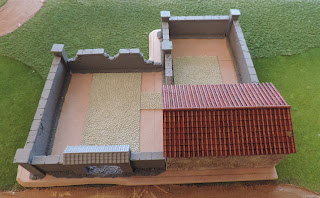 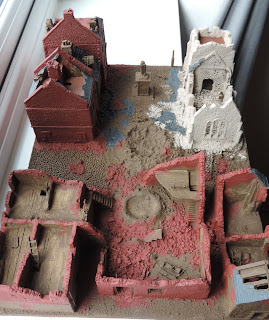 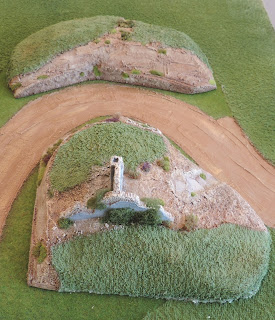 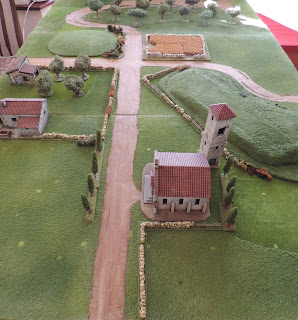 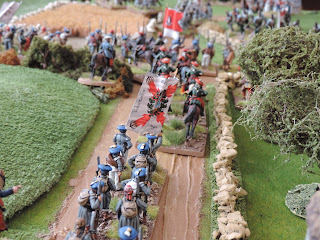 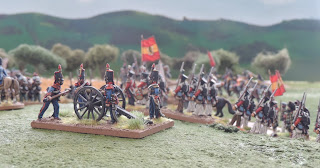 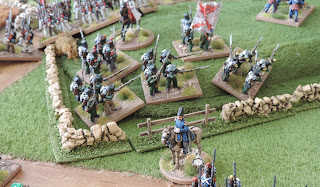 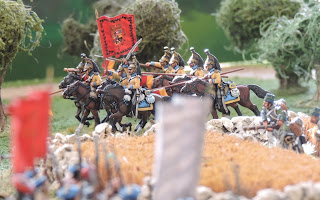 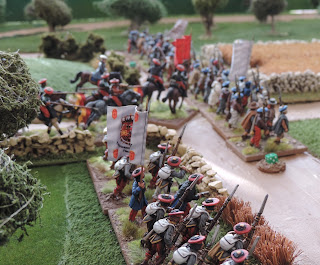 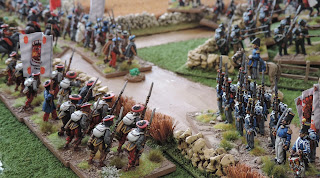 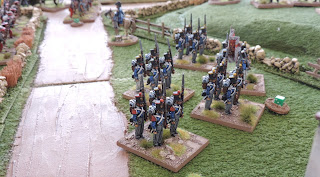 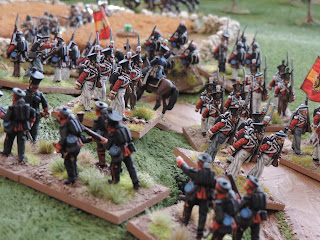