I have downloaded Chrome as my browser to see if  Blogger works any better than using IE which was becoming a dead loss. Working better on Chrome so far.

As is it is the Waterloo bi-centennial here are some Foundry Napoleonic figures which I will be popping on EBay after my holiday. 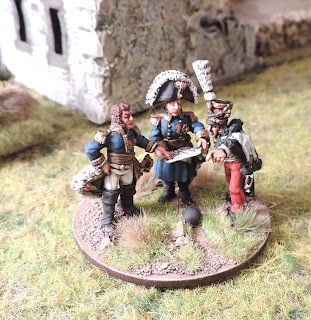 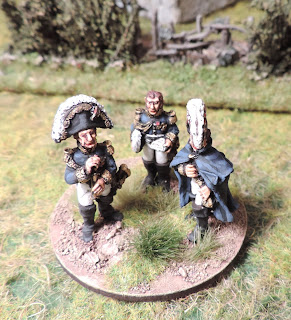 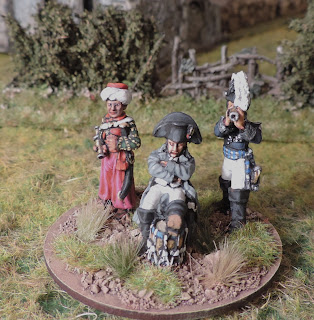 Wow! those uploaded in the blink of an eye. Using IE it was taking an age or crashing.

La Battalla Del Valle Rawnla, Being An Action In The First Carlist War

Dave popped over to OHQ for a First Carlist War game, we used Neil Thomas's Napoleonic Rules, we usually use his 19th century rules for this war, but I wanted to see if these were better suited. On reflection an amalgam of the two may be in order, we shall see. One thing that I will probably change when using either is the morale failure result, in Neil's rules if you fail a test you lose a base which is quite extreme. Next game we will try the following, if you fail you lose additional casualties equal to the difference in the score, so if you require a 4+ to pass and roll a 2 you take an additional 2 casualties rather than a base which equals 4. I doubt it would have reversed my miserable defeat today if we had adopted it though.
Here is a photo montage of the action


The Carlist forces never really got into action, taking an immense of fire they failed their morale checks time and time again, their gamble of sending in the cavalry also failed miserably. In a little under two hours they had only two units remaining so quit the field to the triumphant Isabelinos. Don Byklos Carlos rides again!

Off to Cornwall for a break so no game next week, next up the week after will be a late Roman civil war bash pitting the pretender Baldinus against Pompous Maximus Imp.

I have recently completed more figures for my Dux Britanniarum project, I have more primed ready to paint, just need to fit them into the busy schedule somehow.

Off to GHQII for a game set in the heat and dust of 19th century Sudan later today, let's hope they "Don't like it up 'em"

A Great War Game, At Last!

Today we finally managed to conduct the planned Great War game that was postponed due to domestic and family matters over the last few weeks. We had intended to use the Chain Of Command Great War variant, but keen to play and for ease of play we went with what we knew and used amended Bolt Action. We shall use CoC for the next Great War outing.


The Germans did have another section in reserve but there was no real way that they could deploy and not come under heavy fire, besides which they would have been heavily outnumbered and would not have been able to save the day for the defending Germans. Had the Germans manned the front line sooner things may have been different, but Dave's plan of attack seemed pretty sound, a well deserved win.