Today General Baldinus took his revenge and bested his arch nemesis Bikkagern AKA The Viper, for a while it seemed that the Goths were getting the upper hand, but impatient that he could not get behind the Roman flanks with his cavalry, Bikkagern sent them  headlong against the Roman infantry in a frontal assault. Although the infantry held things were not looking good for the Romans, Baldinus then unleashed his cavalry and the unengaged legion, the Triani, whilst the Moorish cavalry harassed the uncommitted Goth cavalry. The tide turned and the Gothic hoard was defeated.
I had recently painted up some extra Goth infantry on half bases, these were added to two of the  other Goth warbands giving them six bases. We adjusted the rules accordingly, giving the Goths an extra two D6 in the first round of close combat, this would give them some initial humph and sustain the unit in the next rounds. This would offset some of the Roman superiority as they get more combat dice in continuing rounds and better saving throws 4 - 6 as opposed to the Goths 6. It did not help in the end, next outing we may let them add the extra dice in continuing rounds.
I was too engrossed in the action to take any pics I'm afraid but here are a couple of shots of the forces as they stand, I currently have Roman cataphracts on the painting bench and will follow these up with another half base of Goths to increase the third warband. 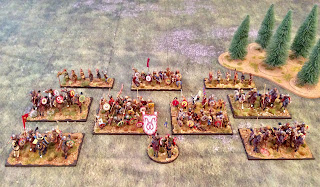 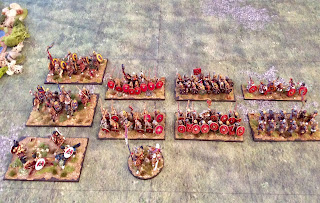 In fact no pics, I'm afraid Blogger is being a complete arse again, I give up !

Edit - Here they are, weird. Thought Jon's comment on my previous post would appear, but alas no. Thank you for the comment Jon, I got the email notification. I believe our mutual friend is having some "renovation work" soon :~) 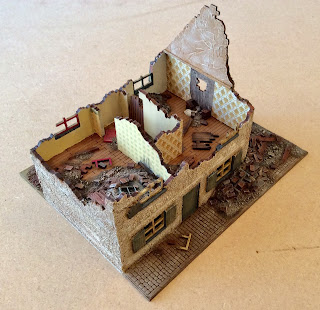 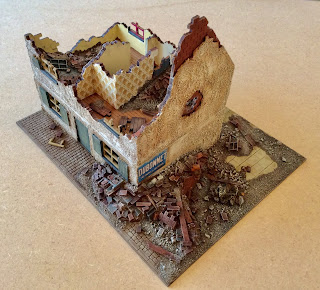 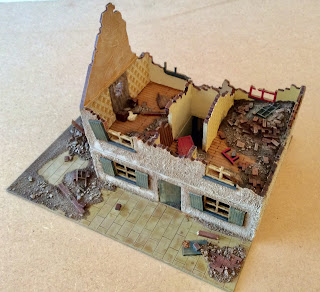 Next up will be Pantile House #3 for my Spanish terrain.

Fire In The East

Dave came over to OHQ today, I organised a game of Chain of Command using my 20mm German and Soviet forces, we played the attack and defend scenario with the Germans defending on a 4 x 4 table.
Now I have to say that my tactics were diabolical, with my usual abysmal dice rolling talents adding to the debacle. With my force morale reduced to five and with only a complete German squad entrenched in an untenable position and the other remaining squad reduced to four men together with the senior leader and a panzerschrek team I conceded the game to Comrade Bikkliski.
The pictures can relate the rest of  the sorry tale, a thoroughly enjoyable game none the less, fortified with splendid banter, company and lunch.


Over to GHQ next week for a long overdue visit to Rhanzlistan, lets hope I do better there, on today's effort it will hard to worse.