The return of some decent weather has seen me working in the garden rather than at the painting table in recent days, none the less I have made a little progress.
First up a base of 5 Goths to make my warbands look a little more "warbandy", one figure is from Footsore Miniatures while the rest are Foundry Casting Room Miniatures. 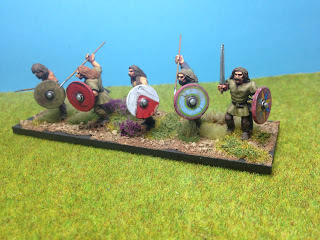 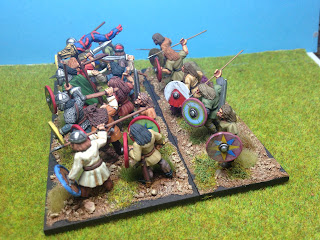 Next I ordered up some more late WWII British from Empress Miniatures to make my platoon sections up to strength and also add a number two to the 2" mortar. The Bren gun number two is moulded with spectacles, fair enough but I did not want two myopic ones so I did a head swap with one of the riflemen, I don't think you can "see the join". The figure I used for the mortar number two has a grenade I simply added a smoke round to the hand, I think it will pass muster at three feet. 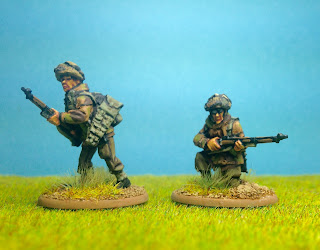 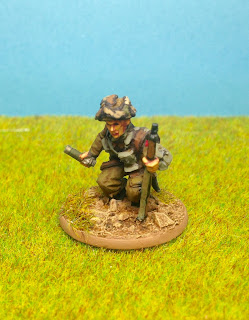 Finally following on from a suggestion by Matt Crump I have done a German emerging from a foxhole, Dave then suggested that I did one shot and falling backwards. I did not have any arms that looked convincing without major surgery so I did one falling forward, he could also be just pushing his helmet back on for the less bloodthirsty. I have also done a NCO as it looks like I will be doing a full squad. 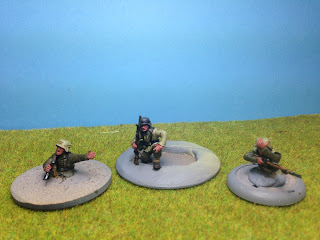 Now that lockdown has been eased I have a game planned over at GHQ, however I will still try and get a solo game in before then to blood my new WWII British.

TTFN
Posted by Phil Robinson at 11:03