Something New For WW2

No not the something for the "nothing new in 22" project, but watch this space. An addition to my 20mm late war German forces, an SdKfz 140/1 Aufklarungspanzerwagen 38. Another utilisation of the Czech 38T chassis to produce a light reconnaissance tank. 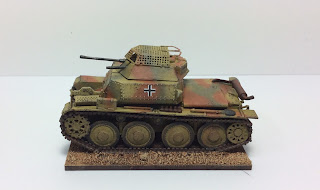 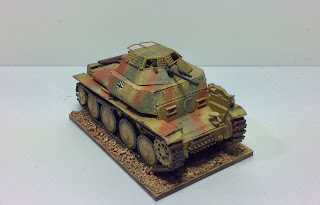 All being well a Spanish Civil War game using Rapid Fire Reloaded is on the cards here at OHQ tomorrow.

I have had a break from painting the Byzantine emperor's entourage while I painted the new Empress Miniatures British and German bailed out tanks crews that arrived last week. 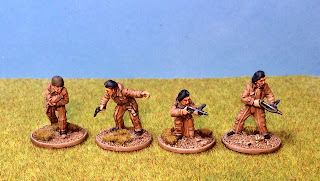 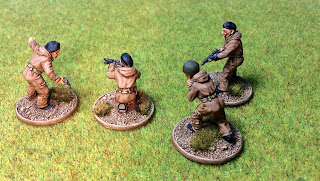 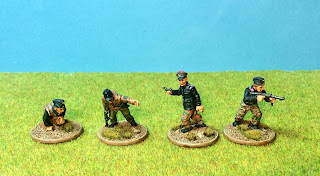 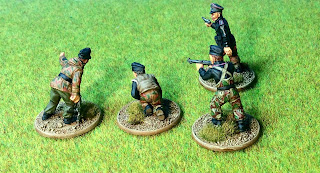 Returned To The Fold

You may recall that earlier last months I mentioned that I had come across some AWOL British marines for the First Carlist War, these have now been painted and have joined their comrades ready for the next game.

Also on the the painting table is a Byzantine emperor and entourage from Aventine Miniatures, more superb sculpting from Adam. Here is the said Emperor from the set in progress 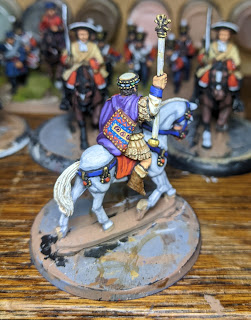 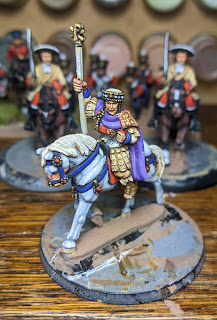 All being well on Tuesday, Dave will be over when we will replay the Narwa scenario using Battlegroup rules.

The Jug And The Sturmvogel 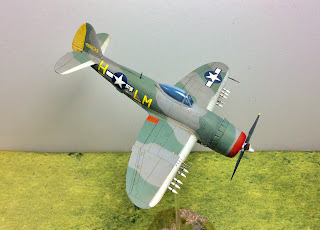 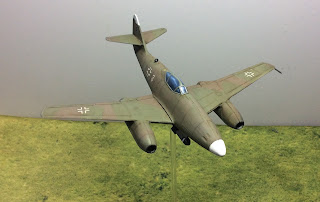 The latest additions to my World War Two aviation collection, a Republic P47 Thunderbolt, a Revell kit and a Messerschmitt Me262A-2a, an old Matchbox kit.

A Surge Of Saxons

With the arrival of spring the Saxons are once more raiding into Romana-Briton territory, the first target being the farm of a retired Roman auxiliary to stock up on pork. The spies of local warlord Baldinus have warned the local militia who have gathered at the farm in an attempt to hold back the raiders until help arrives from General Artorus.

A hard fought battle ensued but even the arrival of the forces of Artorus could not save the day and the farm ended in the Saxons possession.

We used Neil Thomas's Ancient and Medieval rules to fight the engagement. Some photos of the game follow. 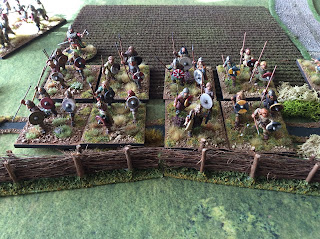 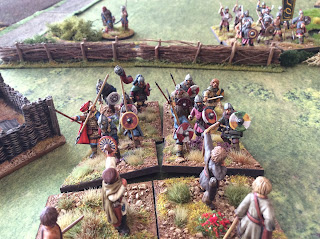 Militia archers remarkably stem the Saxon advance on the right flank for a time. 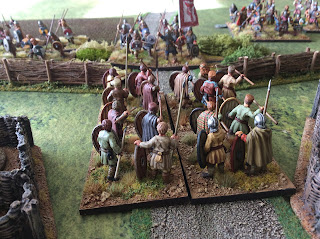 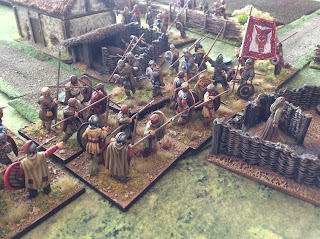 The fight for the farm begins 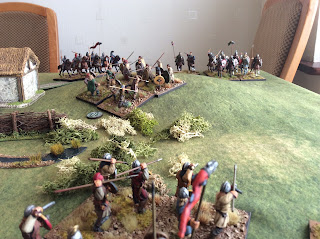 Fighting on the left flank continues, while the cavalry arrive. Penda sends more warriors to close down the cavalry advance. 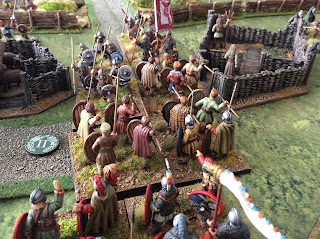 Fighting in the farm intensifies but to no avail.
We will be off to Hammerhead on Saturday all being well, to collect some bases and RUB inserts pre-ordered from  Warbases and a general peruse with only a pot of paint and some grass tufts on the list at present.
TTFN and KBO