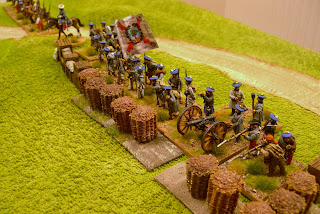 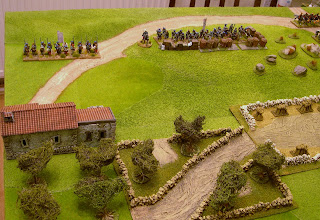 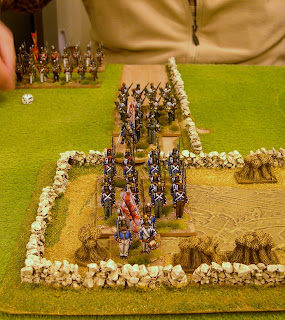 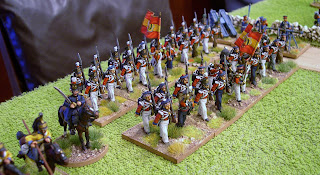 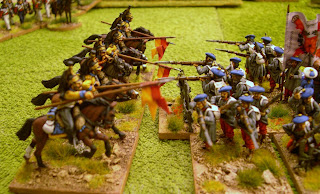 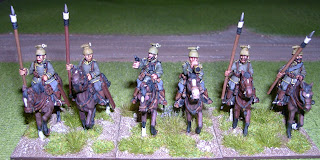 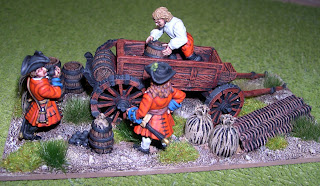 Posted by Phil Robinson at 16:20 4 comments:
Email ThisBlogThis!Share to TwitterShare to FacebookShare to Pinterest
Labels: Painting, The Great War

For the first game of 2012 at OHQ a Great War game using "Through The Blood and The Mud" was decided upon, given the time of the year the only game we could play was one from the "Winter Sports" article in the Too Fat Lardies " 2010 Christmas Special". The mission diced for was the Bunker Demolition.


Lt. Reginald Rawnsley leads the way with engineer Burton Joyce and a bomber section under cover of darkness﻿. 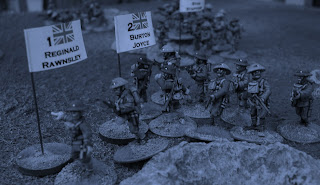 ﻿The British had managed to create three gaps in the German wire which they did without alarming them, Lt. Rawnsley sent Cpl. Oxley's rifle bomber section over to the flank to give covering fire when needed. 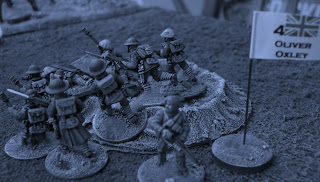 Sgt. Stan Stafford Lewis gun section advance along side Lt. Rawnsley's section to take and hold the German front line trench whilst they locate and destroy the MG post. The Germans failed to spot most of the British movement during their advance, indeed both groups were able to enter the front line trench and over power them.

While Sgt. Stafford's group attempted to silence the third German sentry the Lt. lead his group down the German communication trench to locate the MG post. 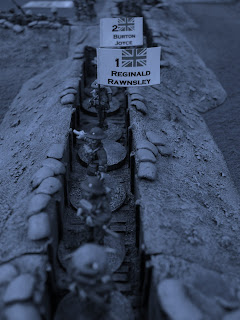 ﻿
﻿Whilst the section kept guard, Burton Joyce began to set the demolition charge, meanwhile feeling that something was not quite right Feldwebel Max Lehrmann left the comfort of the command dugout to investigate, heading towards the nearest troop dugout thereby missing the chance to discover the demolition group. Over in the opposite trench section Cpl. Willie Liecke emerged from the troop dugout with his section and soon encountered Stan Stafford and his section a fierce melee then ensued with Liecke's men being forced back. Meanwhile Burton Joyce had set the fuse for the demolition charge, time to withdraw, but disaster struck the fuse had been set to short, BOOM! six of Lt. Rawnsley's group were hors de combat and Burton Joyce seriously wounded,  Lehrmann had also alerted the other German section. Rather than follow up the retiring Germans, hearing the explosion Stafford lead his men out of the trench to make their way back to the British trenches knowing, that Oxley's rifle bombers would cover their withdrawal. The remnants of Lt. Rawnsley's group knowing that time was against them leaped out of the remains of the bunker (or maybe they were blown out) and went top side rather than risk meeting opposition in the communication trench, this was perhaps the better option has they would have been helplessly outnumbered. It did come at a cost though, losing another two men in the process and leaving Rawnsley to carry the wounded Joyce out into No Mans Land. Lehrmann ordered his men after them but they were slowed up by covering fire from Stan Stafford's section's Lewis gun, this gave time for Rawnsley to put a decent distance between himself and his pursuers. 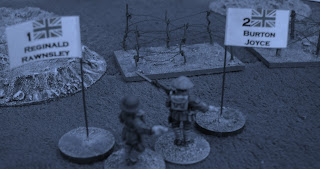 Over on the other side the Germans were still being held at bay by accurate rifle grenade fire, finally the German reinforcements arrived but by the time they reached the forward trench line the British were either in their own trenches or near to being. 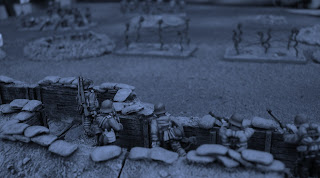 ﻿Capitan Weiss is not a happy kaninchen and has ordered an immediate retaliatory attack on the cursed Englanders (our next outing in the Great War of course, need to get a few more Germans painted up first though). There you have it, a rather brief report on what was a more challenging and involved game than it seems in my report, if you play TtheM&B and don't have the special I highly recommend you get it, its worth every penny even if you don't use any of the other excellent pieces in it.
TTFN
Posted by Phil Robinson at 13:18 4 comments:
Email ThisBlogThis!Share to TwitterShare to FacebookShare to Pinterest
Labels: Games, The Great War 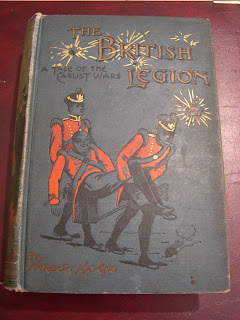 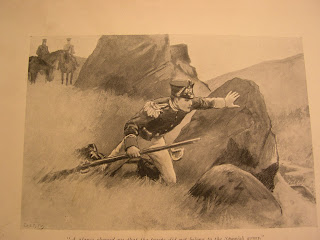 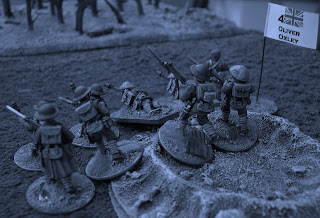