Having long coveted the Lancer Miniatures eastern front railway station, a small tax refund and Kievan attending Colours meant that it would finally be mine, a pre show order was placed and collected. Although I really should crack on with Rahnstadt. I could not resist painting the little beauty first. 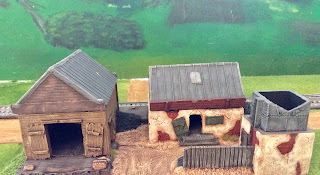 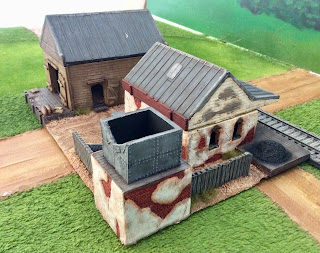 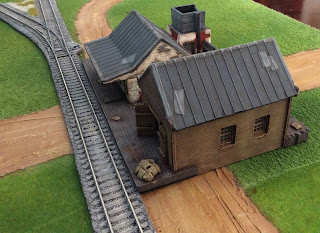 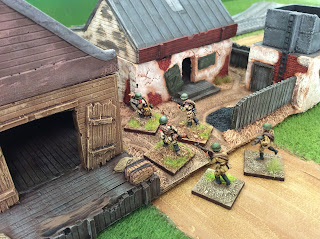 The figures in the last photo are from left to right OOP Battlefield, FAA and Elheim

To deliver Medici medicine to the beastly Borgias. 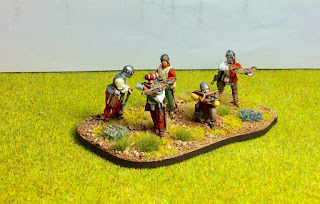 Keep an eye out for the latest action in GHQ later this week.

General Bikkliski was suitably recovered to announce that he would like "breakfast in Bikkelheim".
So the attack got underway, it appears some troops were not expecting his recovery so soon and were a bit slow out of the blocks. However the Germans it appears were not keen to sell their lives so dearly for the Fatherland, and they too did not get going in numbers until turn three. The troops that did arrive were treated to a timed artillery strike, pinning all but one of their units on table, not a good start, one BR counter for being out scouted, one for the Russians having one of the objectives and one to unpin at the end of the turn. 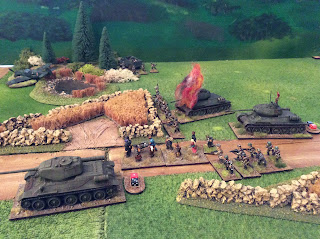 Turn three and the Russians were well on their way, luckily for the volksturm holding Bikkelheim, this turn also saw the arrival of the German Hetzer battery, one vehicle of which took out a T34, unfortunately the orders roll was a double one, which with two officers only gave them four orders so little else was achieved, although several units had again been pinned so there was not much scope to inflict further pain anyway. 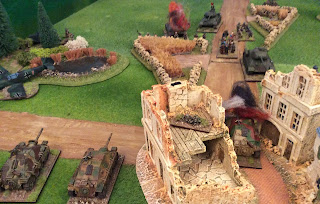 Turn four took place after our lunch, so the General did not make breakfast, would he get lunch?
Now unpinned the volksturm let loose with two panzerfausts from the town, would they miss? of course two, ones! I don't know how I do it. My Hetzer advanced to the edge of town, could it do better? don't be daft, hit yes! dice for penetration, Bob Hope. The return shot from the target was not as forgiving, KABOOM! 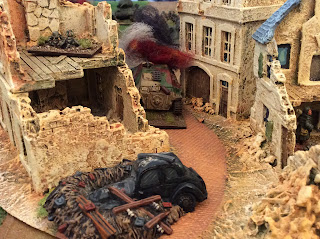 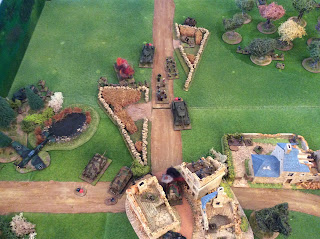 To add insult to injury the Russians drew a BR counter to un-pin units and drew an air attack counter to dice for on turn five, arghh! Never mind thought I, they never turn up, should have known better.

A counter for the air attack, one for the destroyed supply wagon, one more counter and it will be curtains, next Russian order, AP at the remaining Hetzer. Good Night Vienna, another Russian win, now up three points up in the campaign. 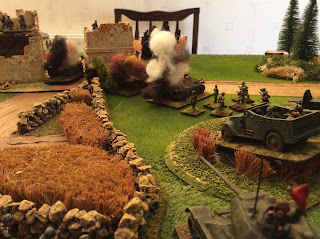 A fine game, it is never going to easy for the Germans in 1945 and they generally need a little luck, which today was in very short supply, I am off to work out how much time they have bought for the chaps in the next defence position.

Although Soviet General Bikkliski is a tad out of sorts, unfortunately the for the volksturm of the town, the assault will go ahead with or without the General at the helm......... 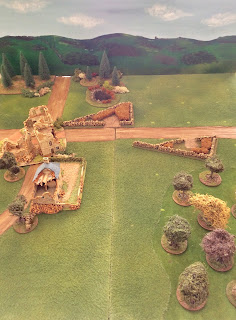 Having stalled the Soviet advance in the south the Germans must now turn their attention to the east again, General Bikkliski has re-supplied and renewed the attack. The Germans need time to prepare for the onslaught and have sent a battery of Hetzers to support the Volksturm in Bikkelheim who must delay the Soviet advance rather than retreat, artillery support will also be on hand.

We Will Remember Them