Dave was unable to come over for our game today, but as the table was all set up for a Great War game using Bolt Action the order of the day was to fly solo.
The British objective was to neutralise (major victory) or isolate (minor victory) a troublesome hillside German bunker. They had seven turns, with a possible eighth turn to achieve this, turns one to seven would see a black order dice added to the dice bag, on drawing this a random event card would be drawn and acted upon.
As is becoming customary I will let the photos and captions guide the interested reader through the action as it unfolded.

With the hillside now clear of German troops the bunker is isolated, a minor victory for the British, hurrah!

Read all about the latest rumblings in Rhanzlistan Province  here Tales From Rhanzlistan
A taster pic from the action, Colonel Corbinski's troops advance on the Red Fort. 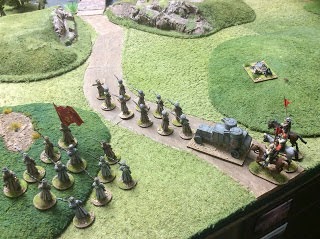 Posted by Phil Robinson at 23:57 No comments:
Email ThisBlogThis!Share to TwitterShare to FacebookShare to Pinterest
Labels: Bolt Action, Games, Rhanzslistan

A Twist Too Far.

Dave came over earlier for the first game of 2019 here in GHQ, a large Spanish Civil War game using Rapid Fire rules, now this is a World War Two set and the Spanish Civil War is not World War Two, so unable to leave well alone I decided that to make the attack and defence a little less coordinated  we would dice for how many units we could give orders to each turn and we would add that number of Bolt Action dice to a bag and draw out to see which side could act. Added to this I also put two black dice in the bag, the first dice is a warning the second the turn will end, this lead to some very short turns, coupled with the fact that I forgot that infantry only move six inches cross country in Rapid Fire, the game quickly bogged down with there being little Dave could do to possibly take the town with the time we had available. However we persevered, deciding we would continue the game next time, by turn fourteen both the Republican T26 and Bilbao armoured car had been knocked out, so Dave decided that he would call off the attack.

First lesson of 2019, you can bugger about with things too much. Anyway some pics with narrative of the days action follow. 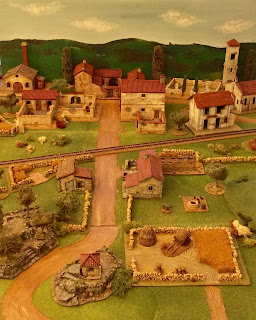 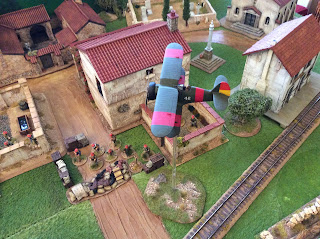 A Passing Chato Strafes The Requettes 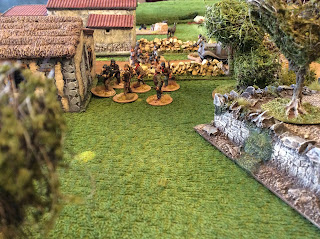 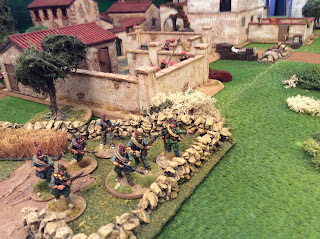 La Legion Arrive To Give Support 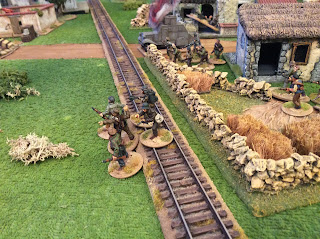 The Assault Troops Break Cover To Engage Them 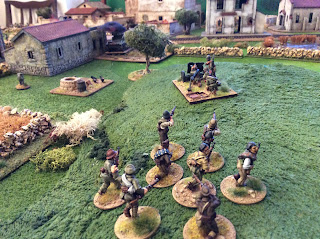 The Republicans Advance On The Right 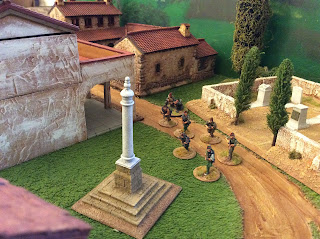 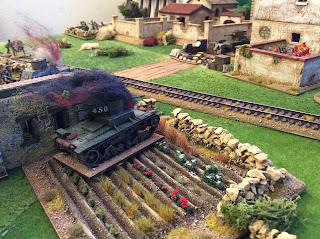 The T26 And Bilbao Burn 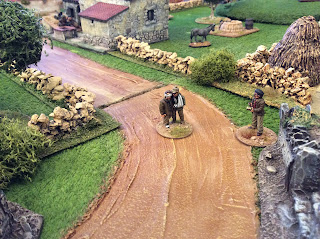 The Attack Is Called Off

I will try to devise something a little better next time Dave.