The plan was to have the forces painted for a game last year, but you know how it is folks, maybe before this years out. Anyway here is what I have done to date, slow, but getting there

I have of late  been contemplating selling off my 3rd century Romans, two recent occurrences have made  me decide to keep them, the  reprinting of Neil Thomas's Ancient and Medieval rules, his rules are not every ones cup of tea, but they are right up my street, and the rather superb Roman civil war display put on by Simon Millar at Partizan. So I have now unbased and debased the ones I did earlier on an Impetus base and painted up four more figures to make up the four bases required for the rules, the frontage is still the standard 120mm for Impetus so that I can still play Impetus games too. Suitably inspired I have ordered a unit of Praetorians, excellent service from A&A and Aventine on these.

Here is Legio II Traiana in its new state 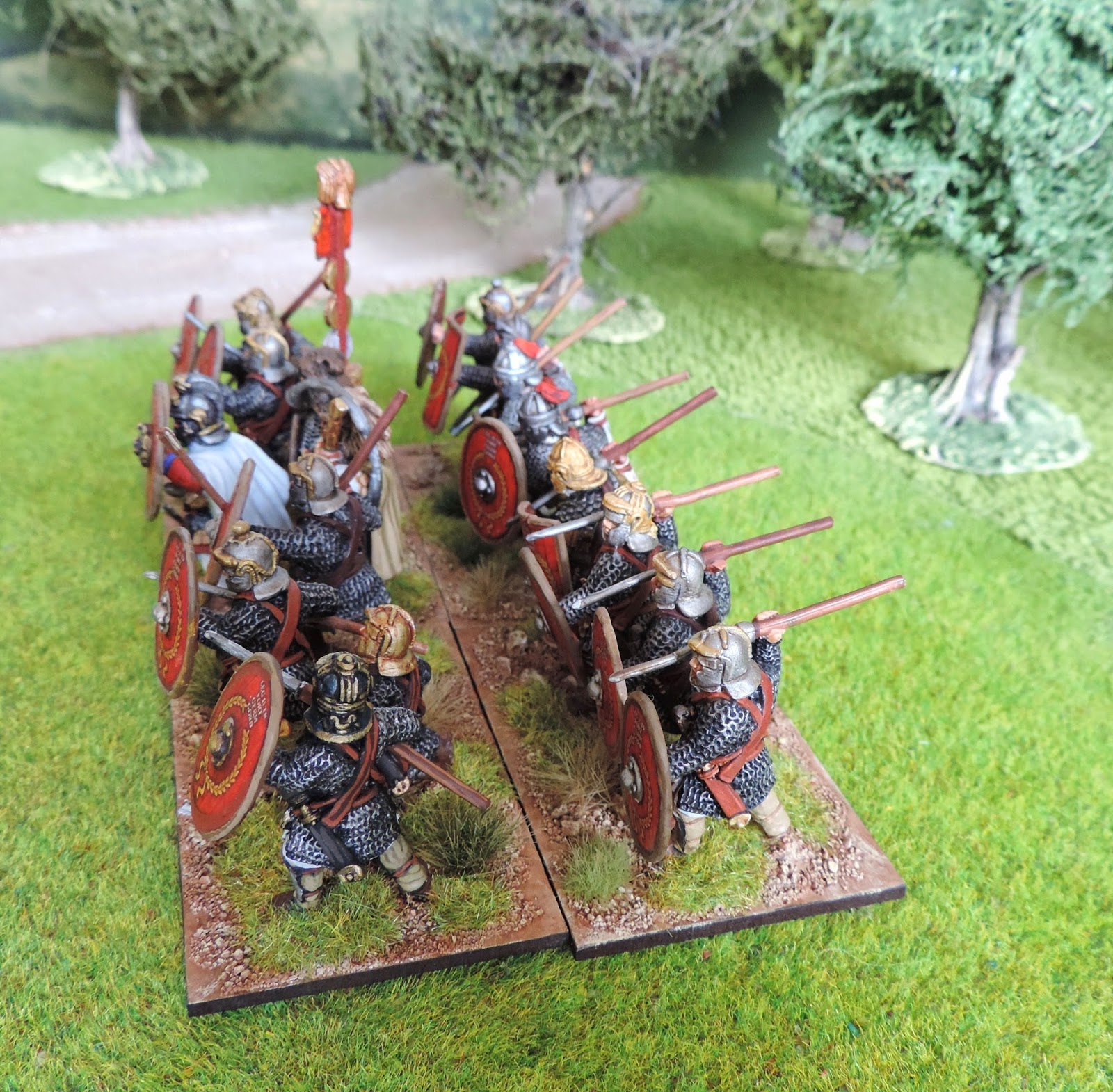 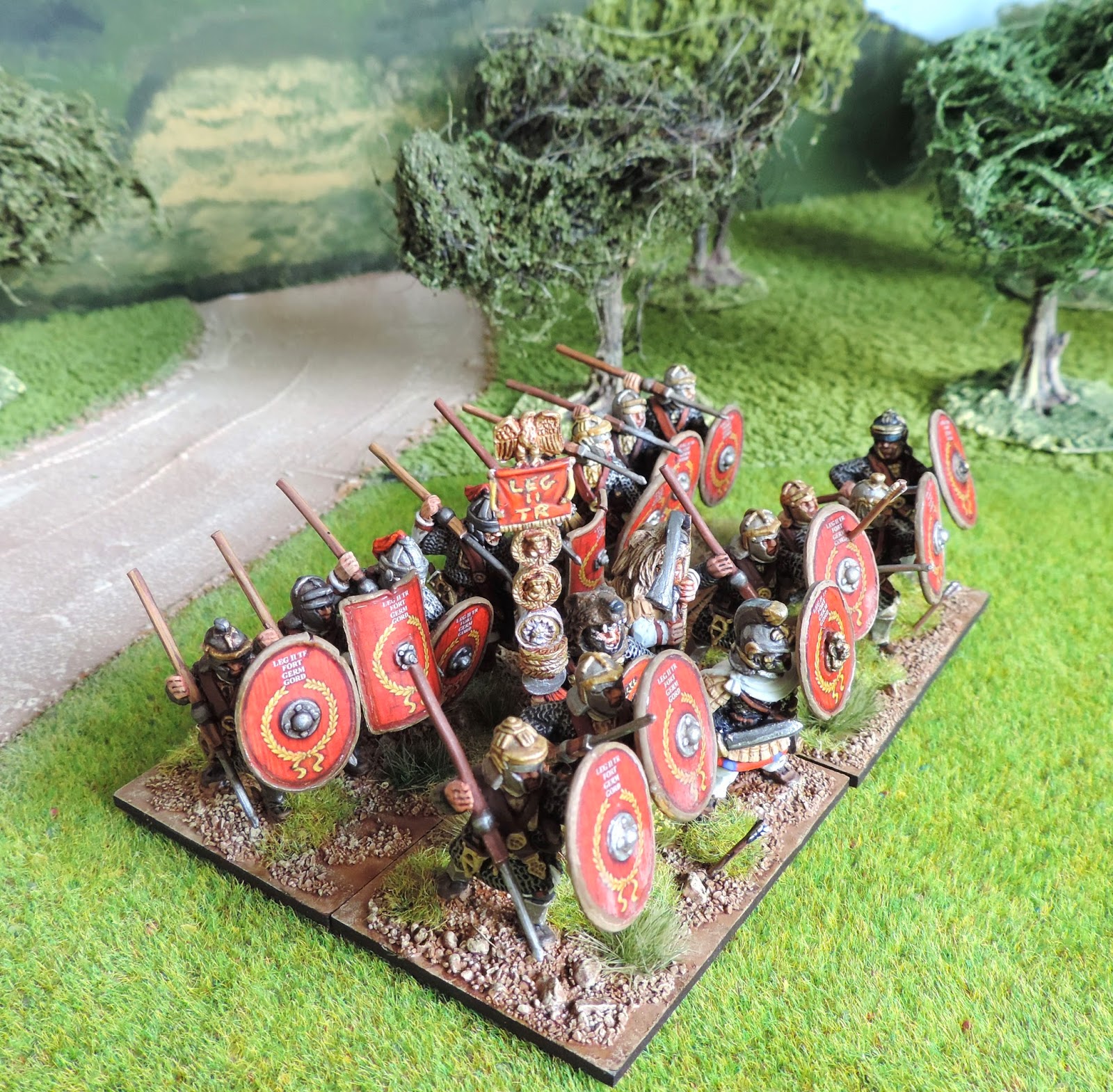 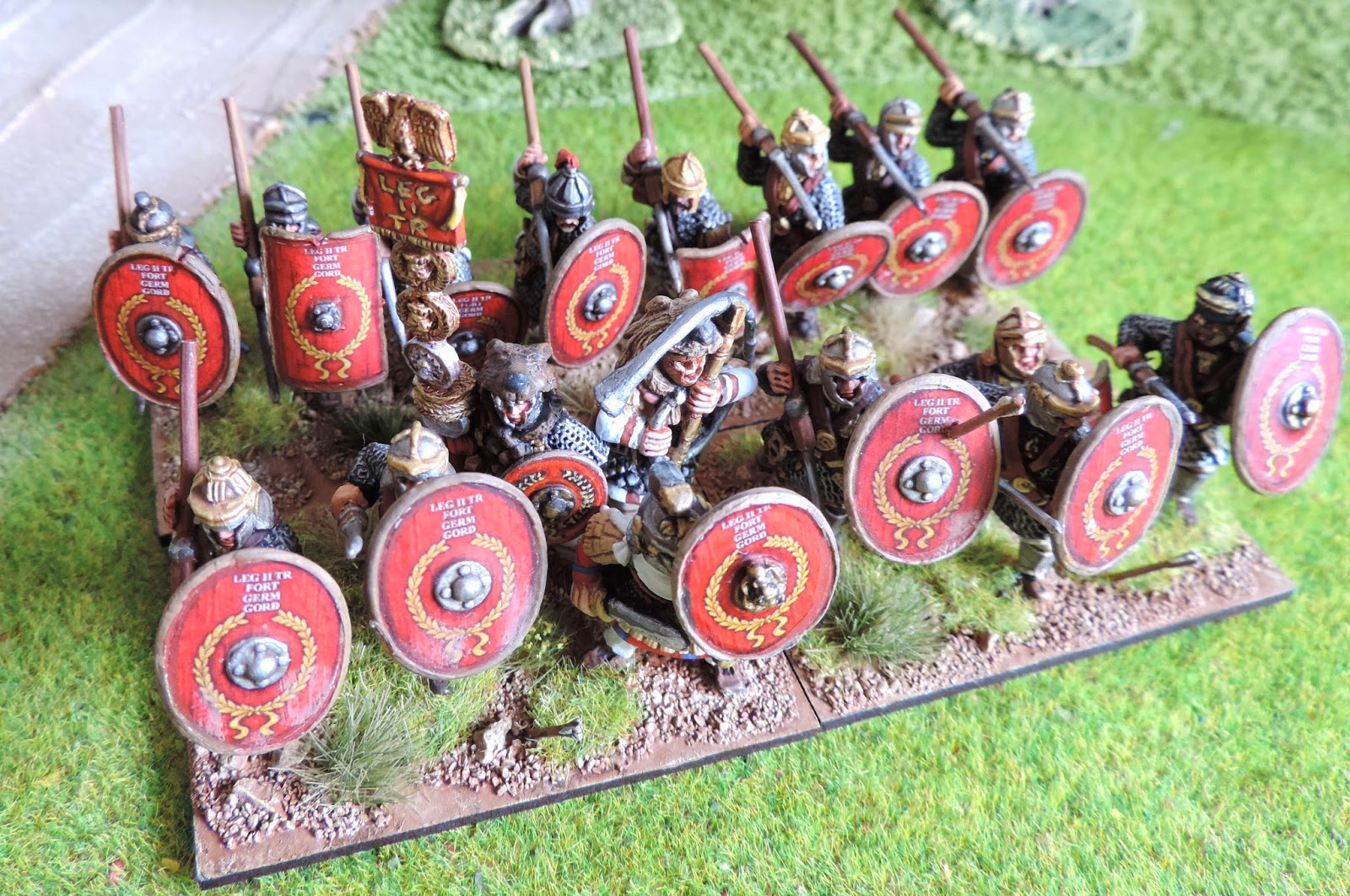 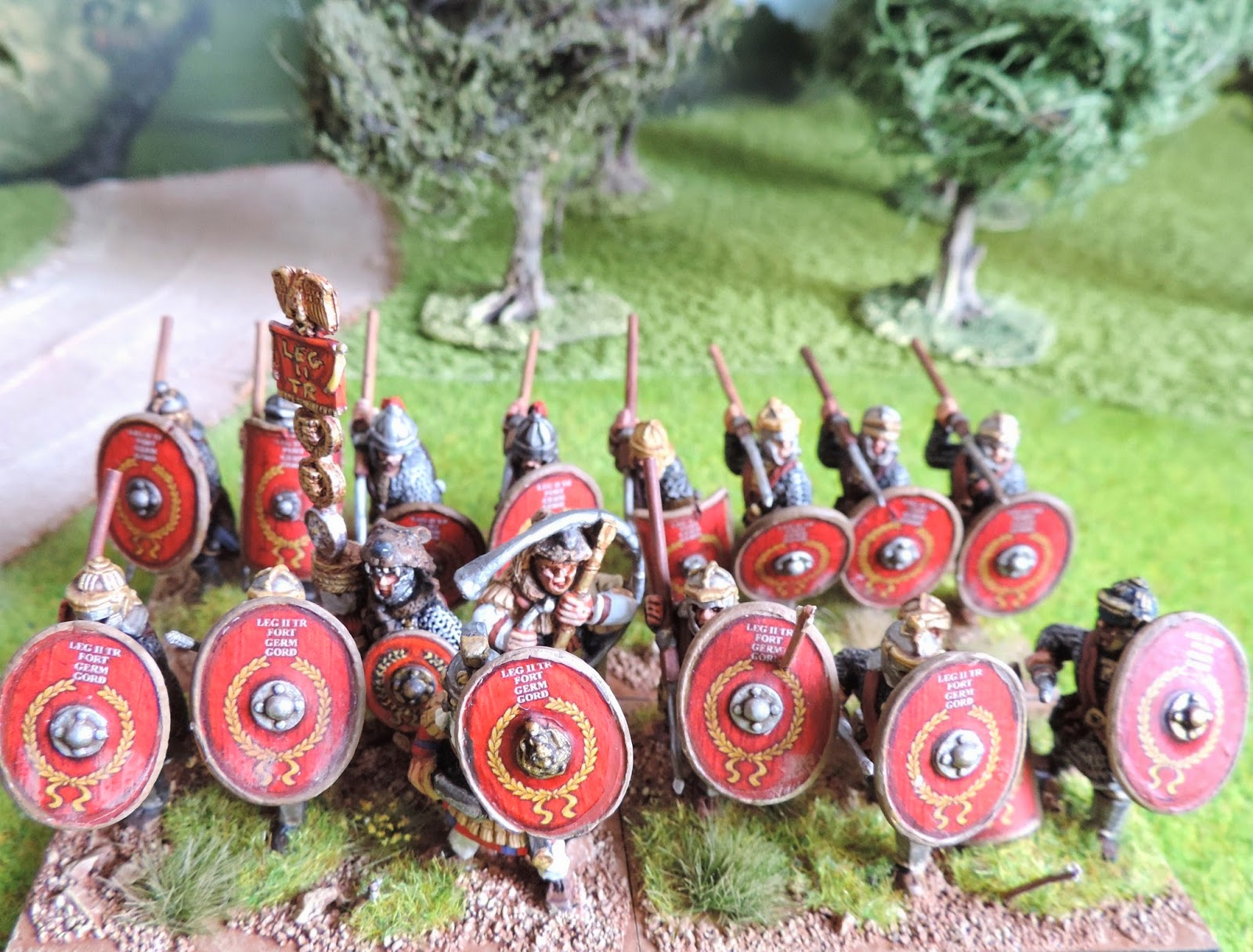 Yesterday I popped over to GHQ for an American Civil War game using Longstreet, an enjoyable and interesting game, but I doubt that they will be our rules of choice for this period, click on the link to read more.

Holding the bridge is a unit of the Legion supported by an anti-tank gun and a mortar. Support is expected from two units of Carlist requettes.
Attacking are two units of Anarchist militia, supported by an armoured truck. Support, consisting of two units of Internationals are en route.
The attached military adviser has persuaded the Anarchists to launch an attack on the bridge whilst the defenders are outnumbered rather than wait for the International Brigade to arrive.
The arrival of the supporting units was to be determined by adding a red die to the order dice in the bag at the start of turn four, each time this was drawn each player would roll a D6 with the highest scorer getting an additional order dice put in the bag, when the player wanted to bring the unit on it would have to pass an order test. Even if one side had its two supports on there would still be a dice off with the opposing player having to win to bring on supports.
The attacking player would have to have control of the bridge by turn 12 or it would be deemed that the defenders had further supporting troops arriving in numbers.

The first three turns saw the Republican forces advancing into position, the armoured car bravely took on the Legion anti-tank gun coming a far from close second, this was to be the Nationalists only success of the game. Turn four and the red was dice was added, the Republicans won the dice off and a unit of International Brigades succeeded in entering the fray, whilst the militia continued to get into position using some fine move and fire techniques, they had obviously listened to their adviser. Turn five, and again the Nationalist lost out with the Republicans getting their second unit on, the Legion now sorely pressed were quite unable to take the fight to the enemy. The light mortar team tried to get into a firing position on the bridge and immediately came under fire, should they go down? No, long range, small target, hard cover, you had got to fancy their chances of survival, need I continue! Turn six again saw the Nationalists unable to get their supports, the Legion by now was in real poor shape, when in turn six the first Carlist unit arrived so was unable to give them any effective covering fire. The Carlists however bravely took up position on the bridge and repaid the Republicans in kind, but by now the Republicans were getting around the flank and the remnants of the Legion were destroyed. The second Carlist unit arrived but by then their only hope was to take cover in the church were their fire was not really effective, being Carlists they refused to surrender but there was no way they could hold indefinitely against such overwhelming odds. A well deserved Republican victory by El David Bykla.
Some pictures of the game follow

Or Partizan in the Park. I must admit to being a tad sceptical of the alternative arrangements, but excited at the same time and determined to go, given Laurence and Richards sterling efforts to keep the show on the road, it would have been so much easier for them to cancel, well done guys. Not sure about the parking situation we set off earlier than we normally would getting there around 9.20, we took advantage of being earlier to get a drink and a very passable bacon bap from the pavilion and sat down in the sun chatting and watching the queue form until it reached our table, this shortened rapidly once the event opened. A brilliant day out and I for one would have enjoyed it just as much if it had been p'ing down, I think, anyway it didn't, a case of fortune favours the brave?

The biggest plus in my book was been able to see the rather splendid games in the light, it did get a tad close at times but I think that can also be said of the hall when the weather is as warm as yesterdays.
Roll on September and back to the gloom of the hall ;-) Anyway below are some rather poorly composed pics of the games, which were a lot better than my pics might give the impression of. 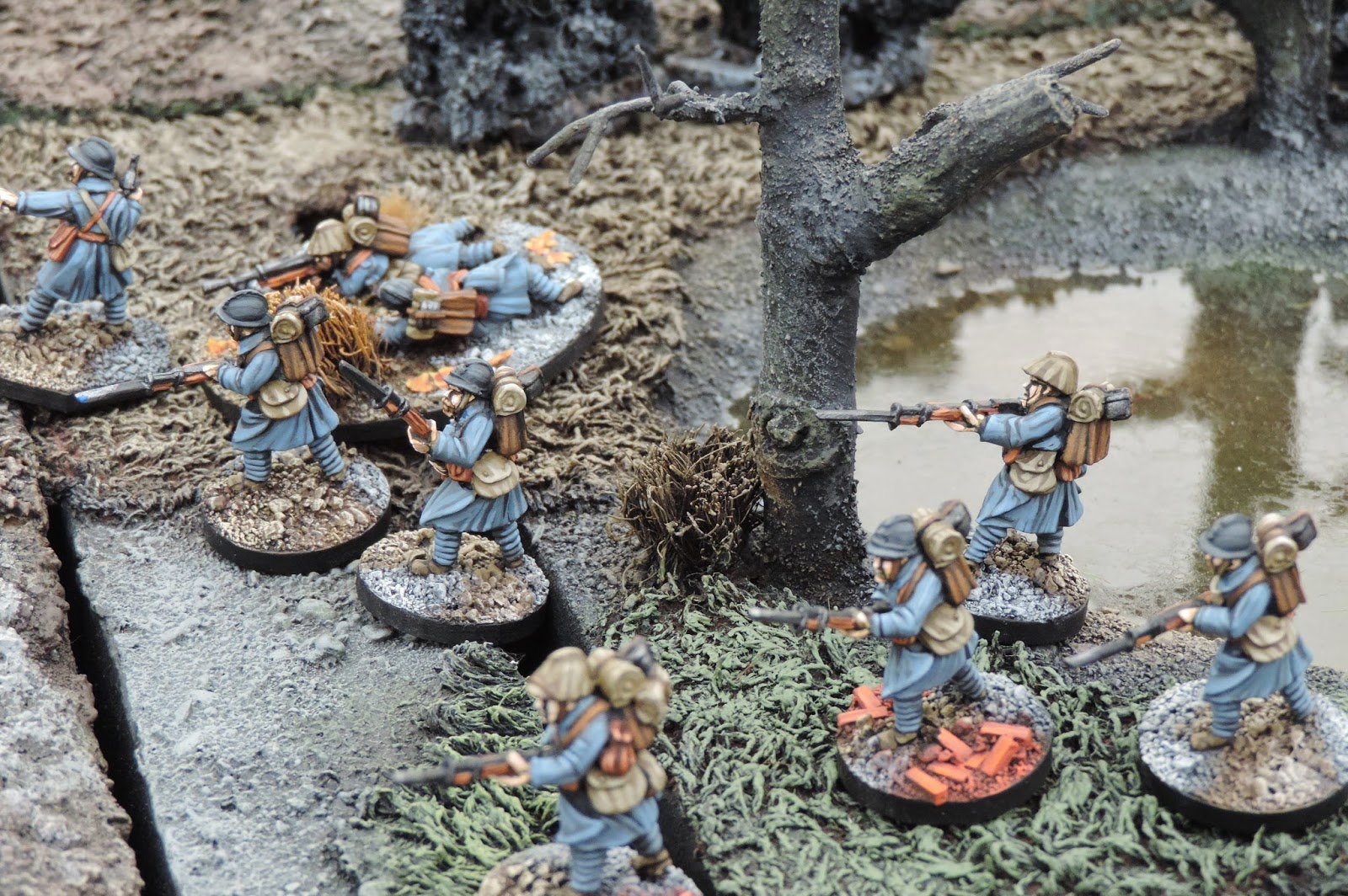 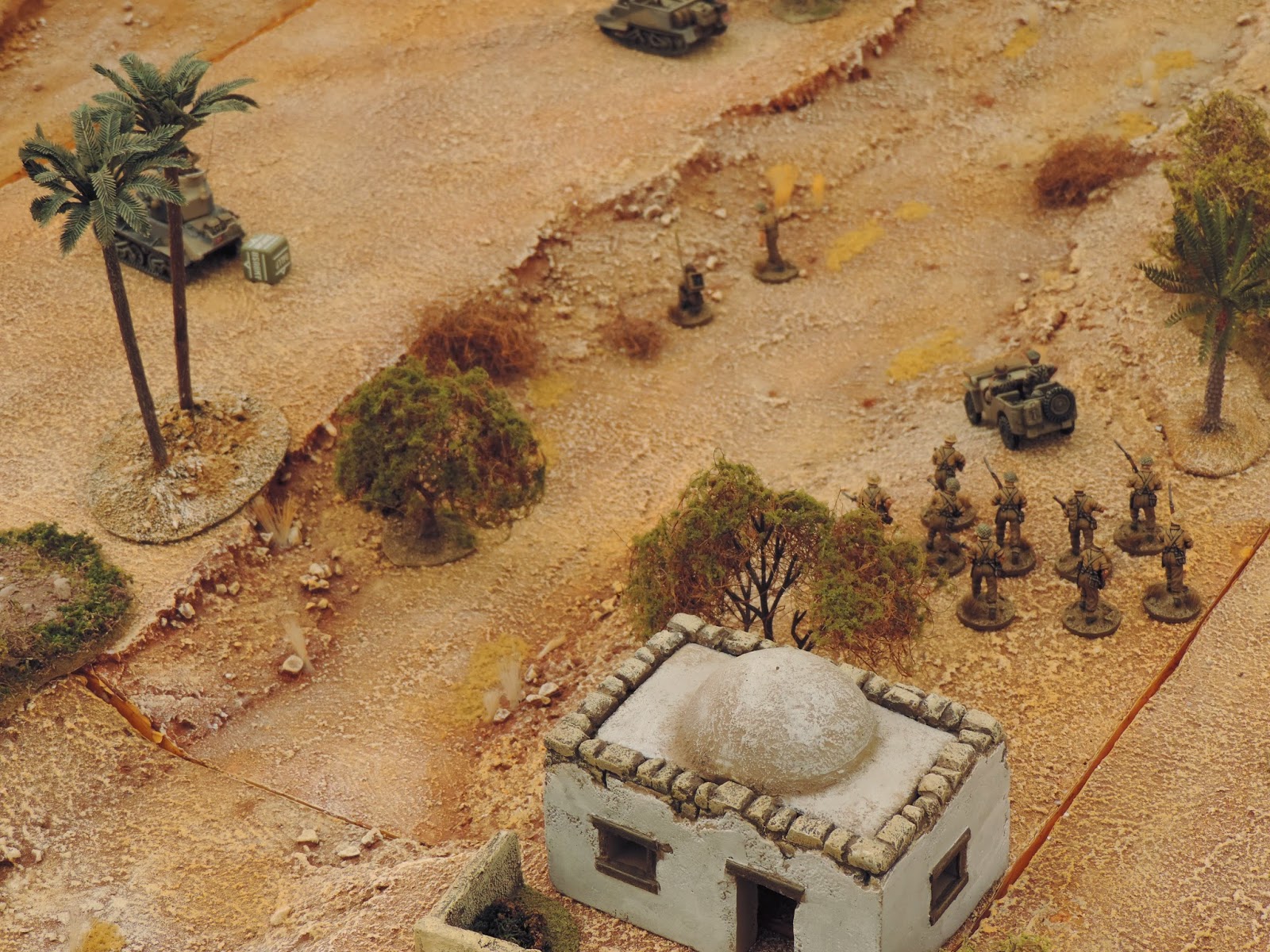 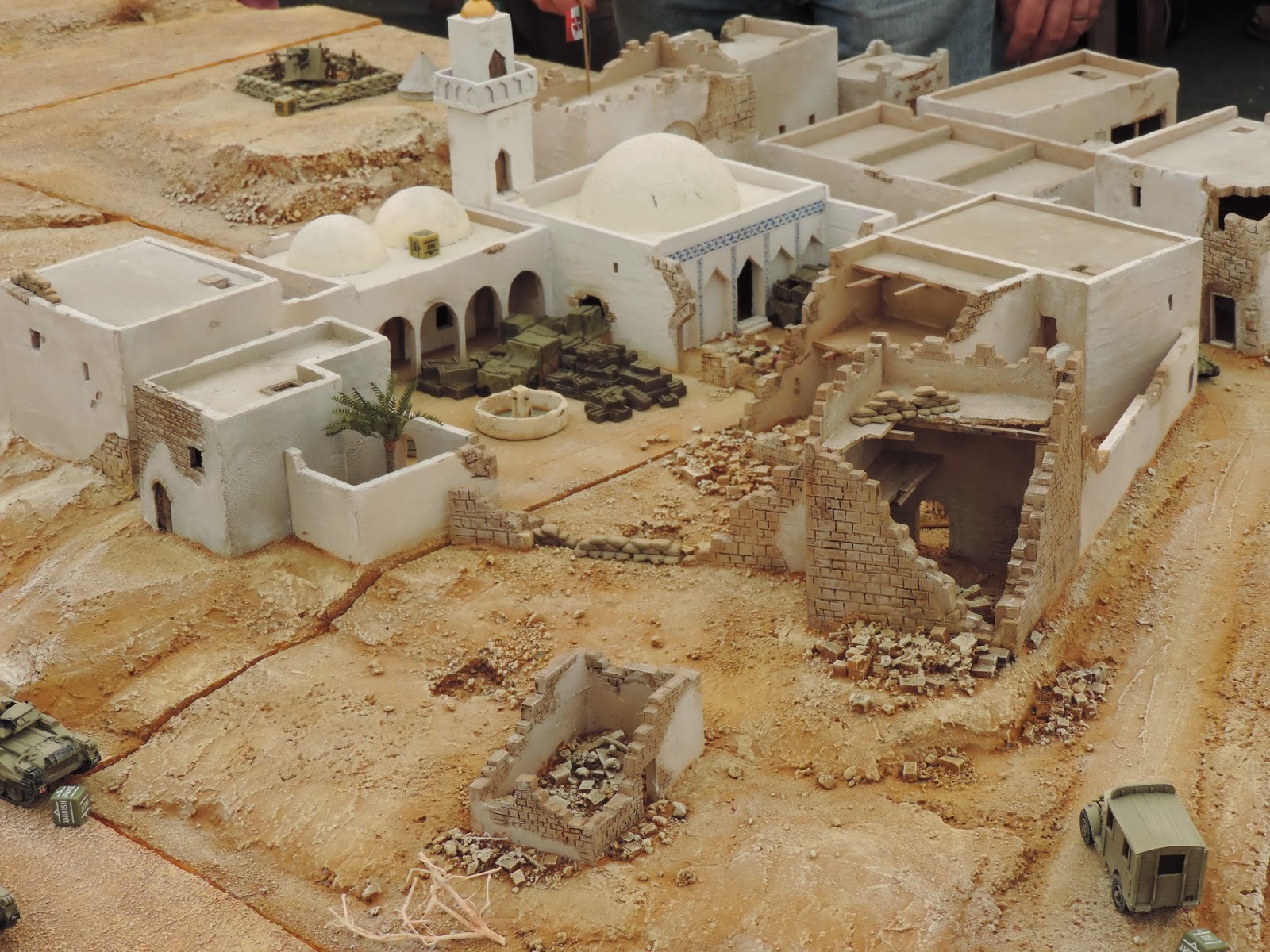 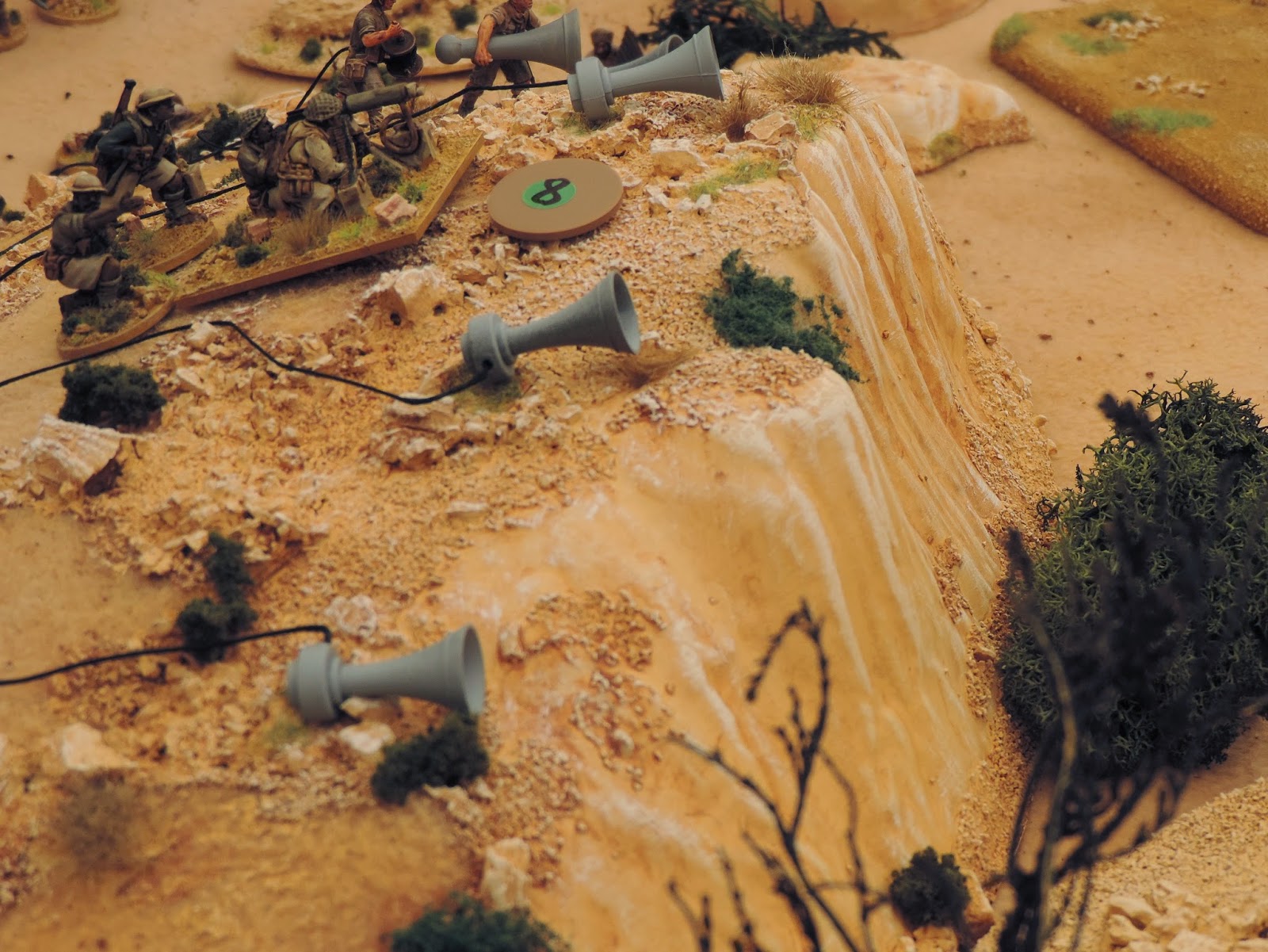 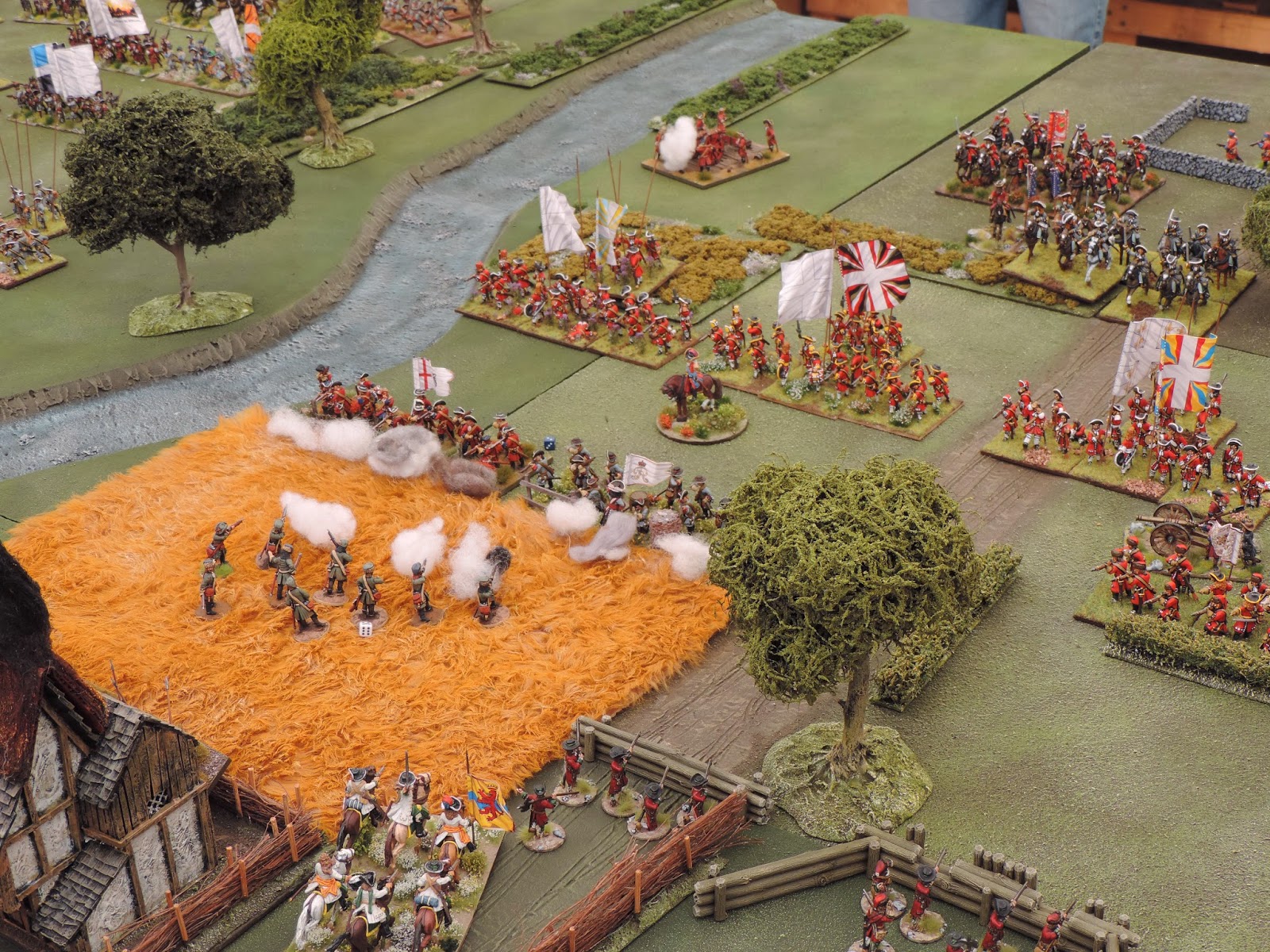 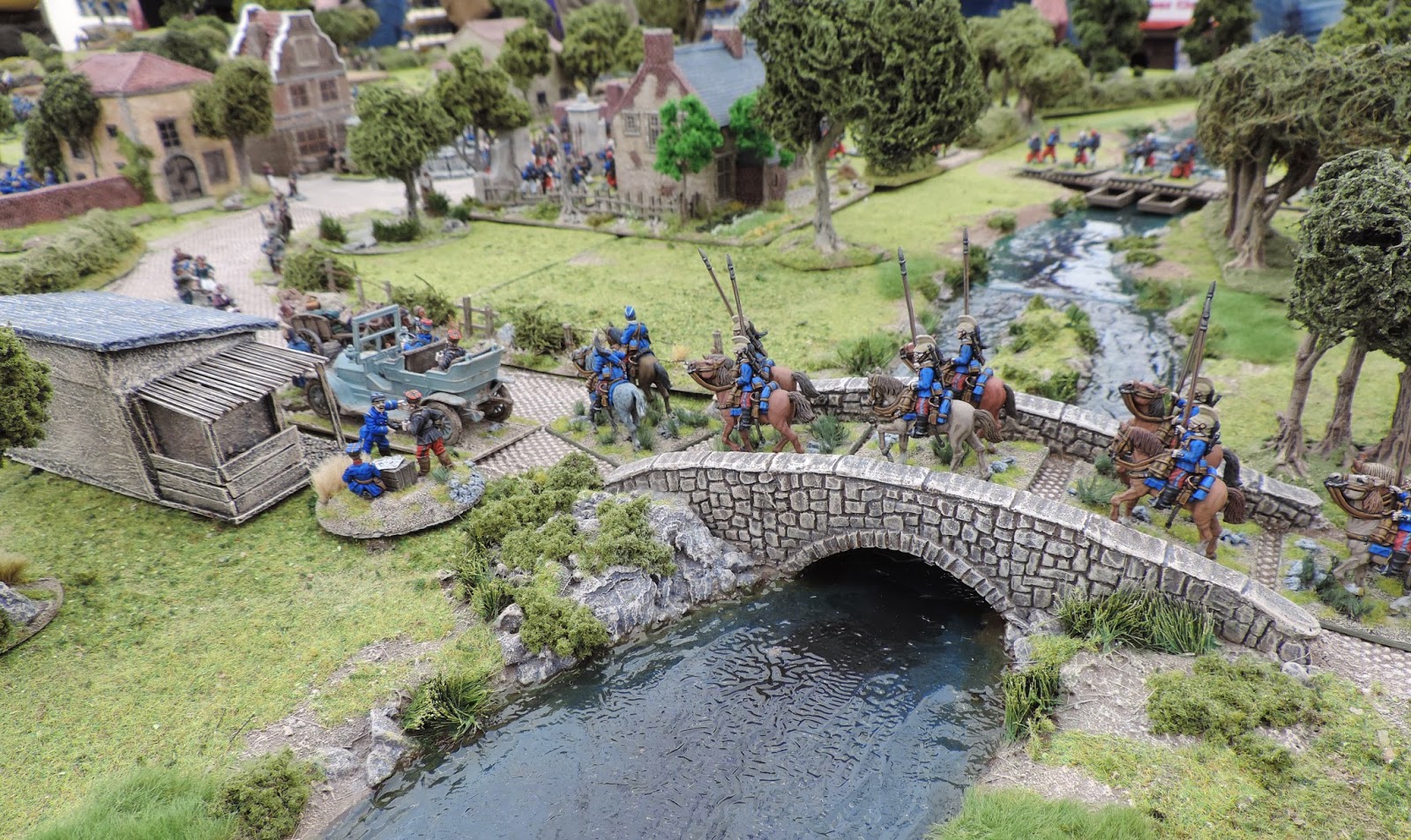 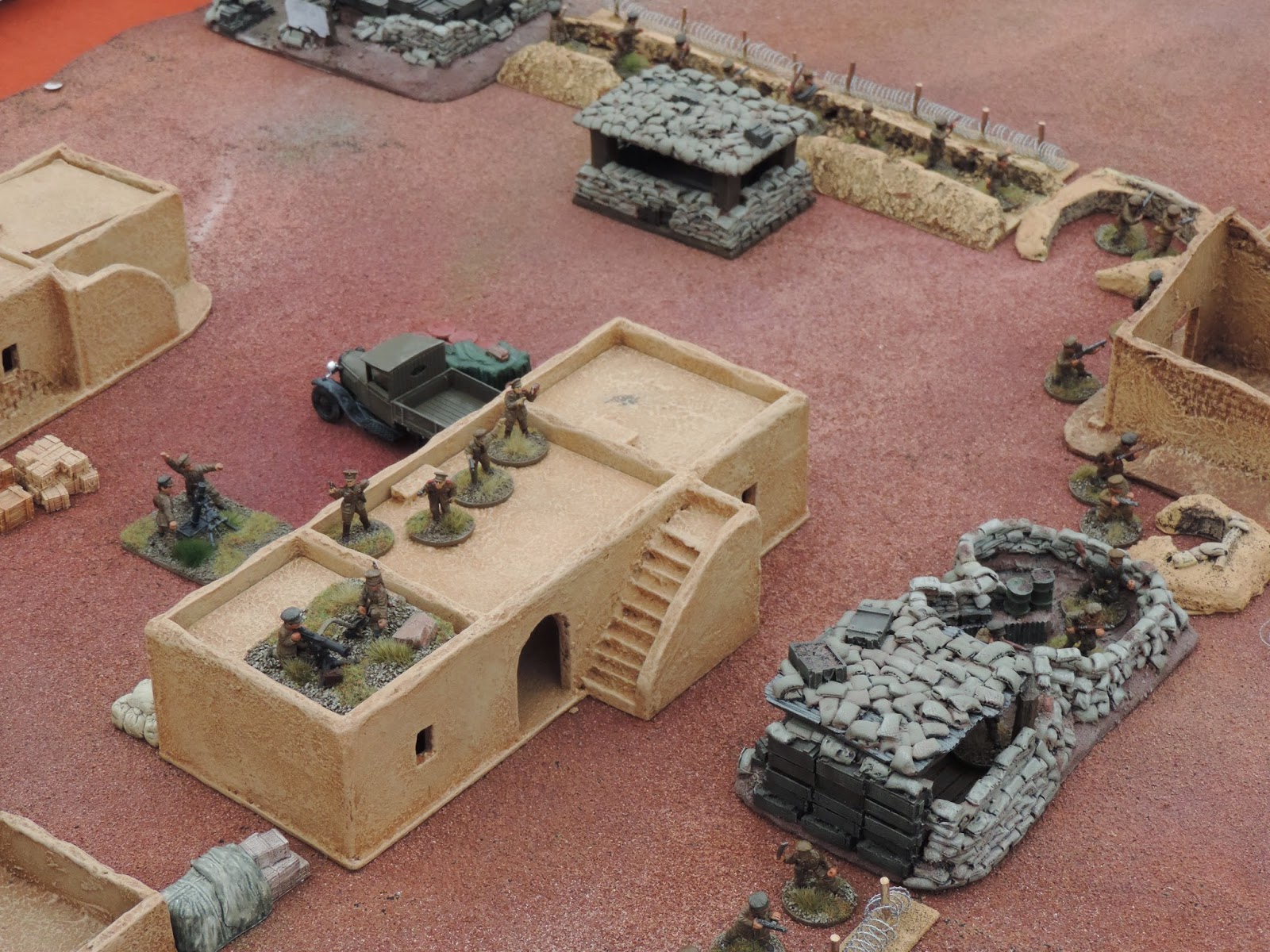 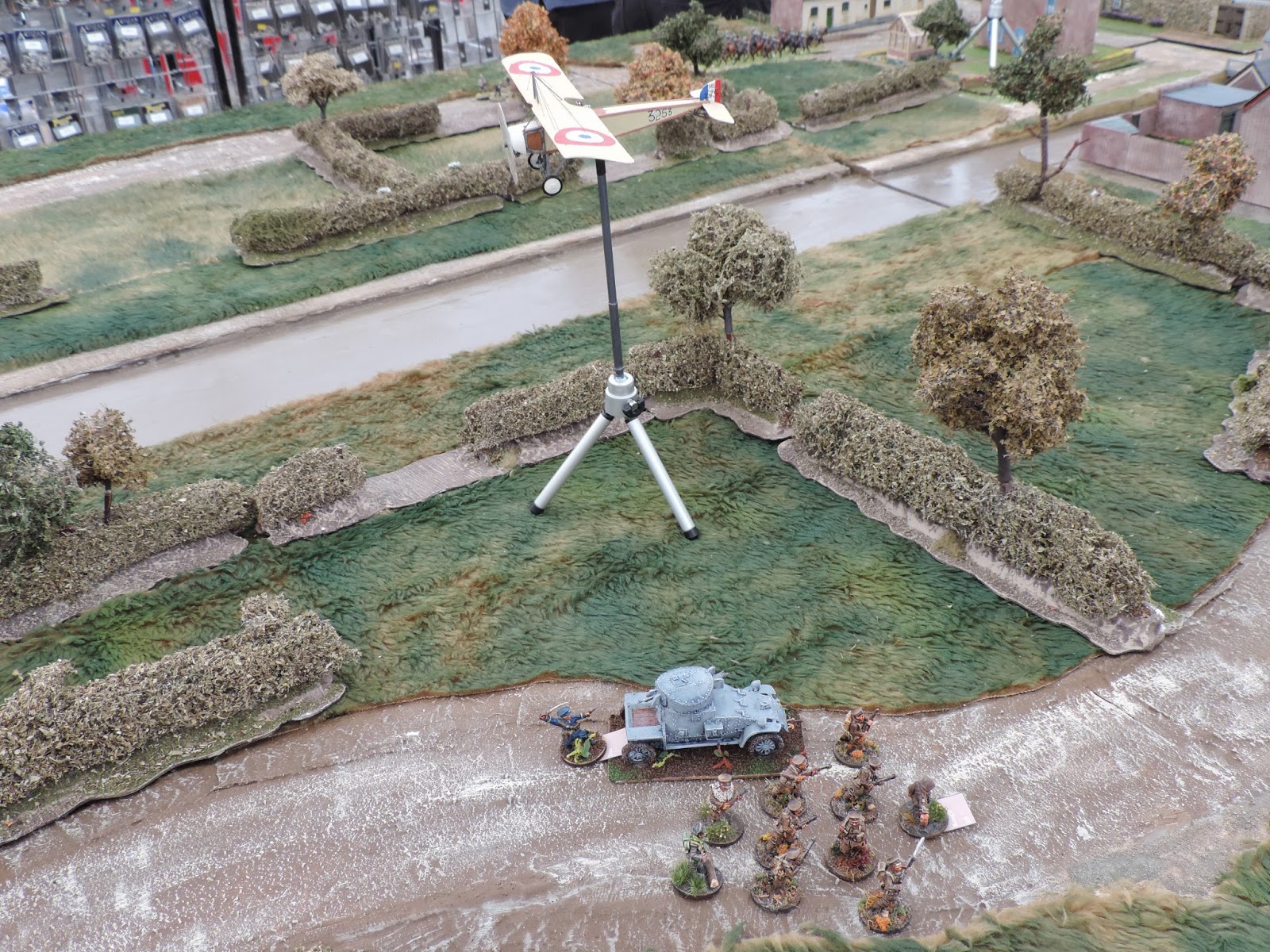 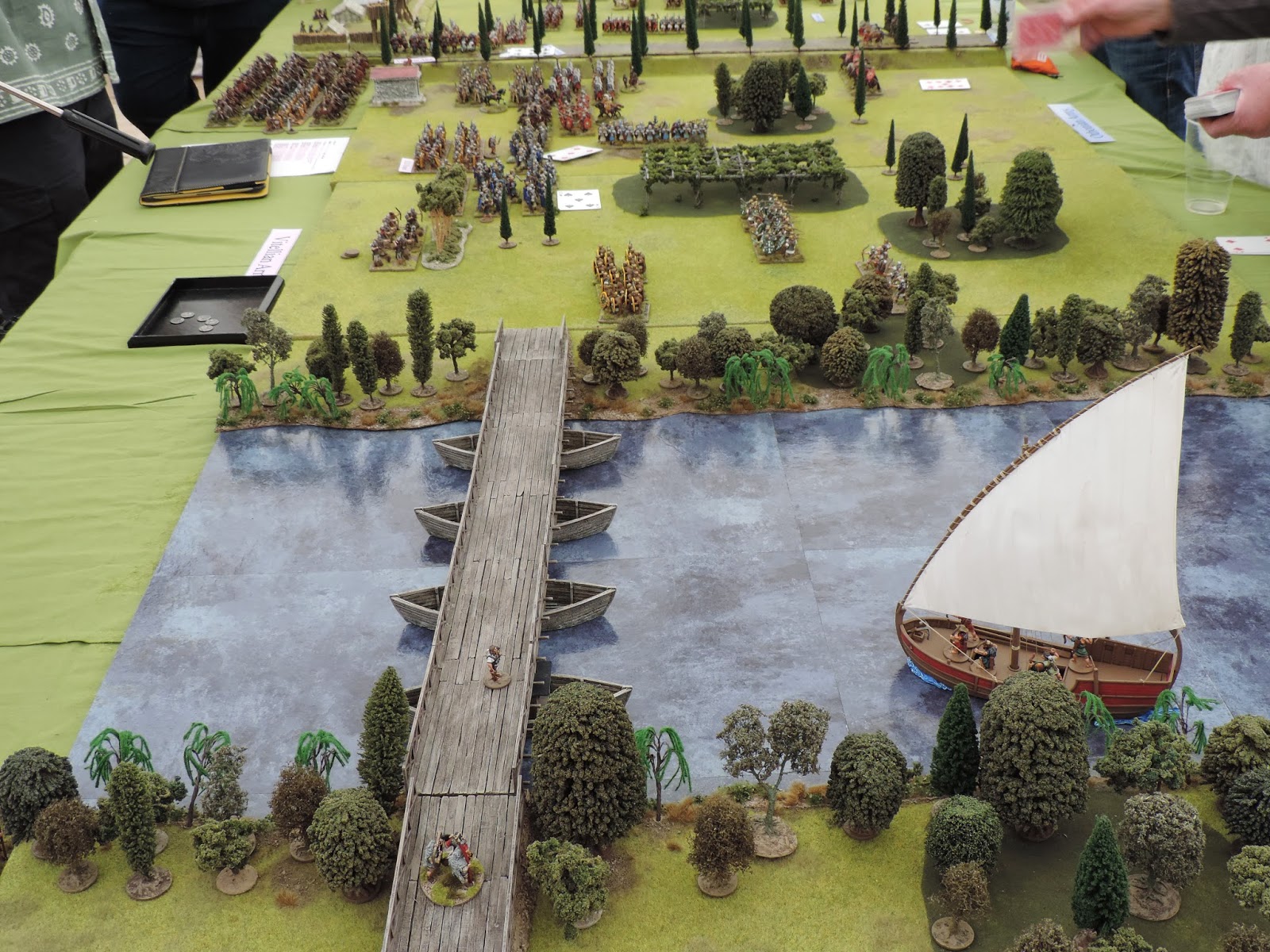