Move Along, Nothing To See Here.

I didn't bother to take pics of the game today, things remained pretty much static from turn two, the Nationalist attackers did not get the run of the order dice and their firing was equally dire, this combination stifled any coherent attack. Another win for Dave and the Republican cause was the end result.
However I took the opportunity to take some pics of my latest terrain pieces, a barn from Charlie Foxtrot Models, a piece of scatter terrain using walls from Empress Miniatures and my completed vines. 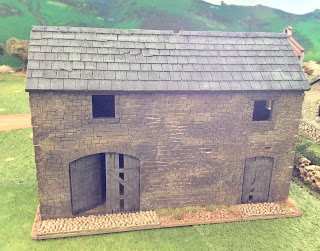 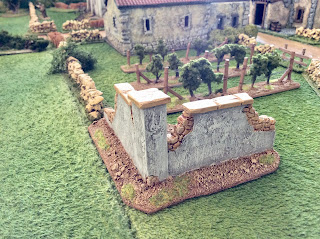 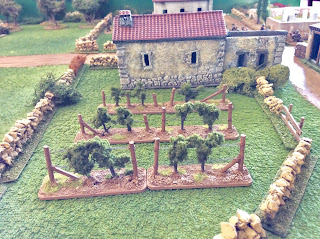 Having collected the store from Charlie Foxtrot at WMMS I have been able to complete the garden piece. 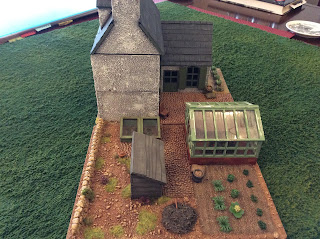 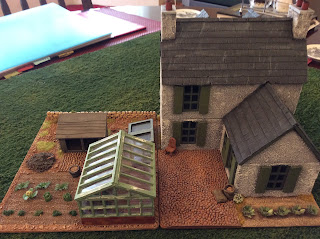 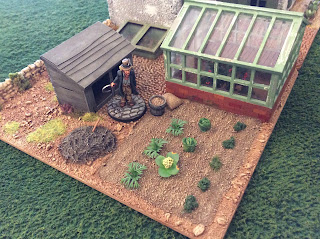 I am unsure what kind of exotic vegetables Marcel is growing, answers on a post card.........

On Monday all being well there will be a return visit to Espana, using my rules hybrid COBA.

Comrade Bikkliski, AKA Dave came over today, I set up a game based on the scenario in the Rapid Fire Eastern Front scenario book, vastly scaled down to suit my current reduced table size, see previous report. We used Bolt Action rules, for the first time we had an artillery spotter to call down, what turned out to be a thermo-nuclear strike.
Both sides would start with half of their force on table, the remainder coming on in turn two on passing an order test with minus one off their quality/morale rating. One Soviet unit failed whilst two Germans ducked out, the Germans advanced using the woods for cover until the Ferdinand arrived, neither side was unduly worried for now, the Germans benefiting greatly by Dave's inability to get the MMG team firing consistently for, four turns was Dave?
On turn four the Ferdinand took out the Soviet Zis3, things were looking up for Hitler's boys, then it happened the IBM's, sorry artillery struck, BANG went the Ferdinand, MMG team, engineer squad and platoon HQ. With nearly 50% of the German force gone in one fell swoop it was really all up then, but as the Germans just needed to get one unit to the Soviet table edge we pressed on, the following turn the Soviets took out all the PAK38 crew, I now know why the are called "gun" shields, they do bugger all to help the crew.
I made one last bid to hurtle down the road with the one remaining squad that was not heavily pinned, only to be intercepted by the one uncommitted Soviet squad, coming under fresh heavy fire they decided to call it a day and scooted back the way they had come.
Some pictures of the game follow in no particular order. 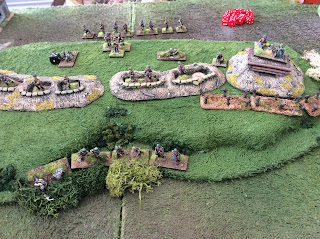 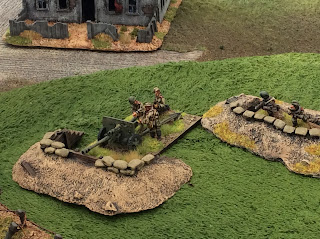 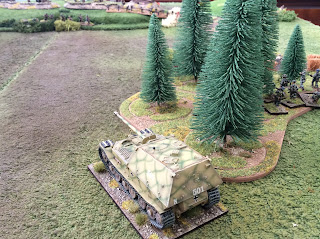 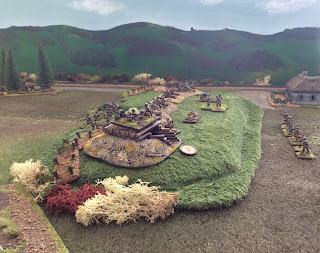 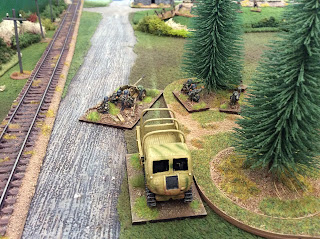 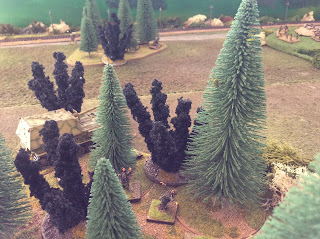 We had a very fine visit to WMMS yesterday, a great show, diverse traders together with some jolly nice and varied games, both in scale and period/genre. A big thank you to Paul, Dave and the lads, who not intimidated by last years Beast from the East bought it all together again, here's to 2020. Dave has posted some pics of some of the games over on Tales From GHQ.

I don't normally post work in progress pics but I thought I would with this piece before it gets too busy, I will be collecting a store and shed off Charlie Foxtrot Models at WMMS tomorrow and will add one or both to the pieces to it after completing the compost heap. You may spot in the background the start of my vines for vineyards, I have done these in 75mm strips for versatility, this may spoil the look a little but I can live with that. 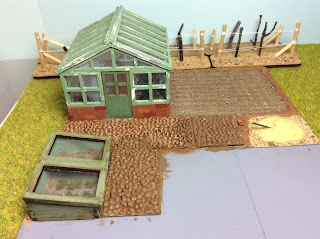 Greenhouse and cold frame are from Warbases, the cobbles are Wills.

On the non terrain front I have completed a base of Italian Wars mounted crossbowmen ahrad of the WI photo shoot over at GHQ, check the link on the side bar for more pics taken by Dave during the session. 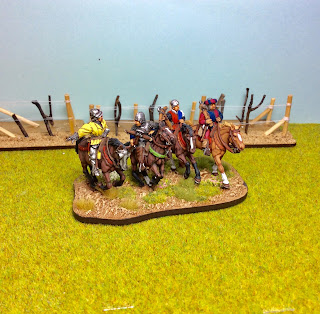 This brings my total of bases up to ten now.

Here at OHQ on Monday we will be returning to the Eastern Front for a game of Bolt Action.