Victory At The Robinski Collective Farm

Jon arranged a 600pt Battle Group Kursk game recently for Dave and myself at Stafford Games, unfortunately Dave could not make it due to a swollen foot so Jon took command of the German force while I took command of the Soviet force. I did not keep note of a blow by blow account so will let the pictures tell the story, except to note a couple of highlights or low lights depending which side you were on

About midway through the encounter the Soviets had become a tad bogged down and really needed a good order dice score, what did I throw? Yes, two bloody ones, never mind I had a senior officer so I rerolled, yes another one! This however was the high water mark of my poor run on the dice and from then on had the Germans on the back foot in the main, taking the crossroads and converging on the second objective, the Robinski Collective Farm, however the Germans saw their chance to try and turn the tide, the Soviet right flank was in the air a little so they advanced their PzIV that had been skulking in cover, not knowing that the Soviets had pulled a mine strike chit, KABOOM! Although nearing their BR total the Germans had no choice to pull a chit to rally the vast number of pins they had, this saw them exceed their BR and concede the field to the victorious Soviets. A close and hard fought game none the less. Figures and vehicles are all from Jon's collection together with some of the terrain the rest provided by Roland. 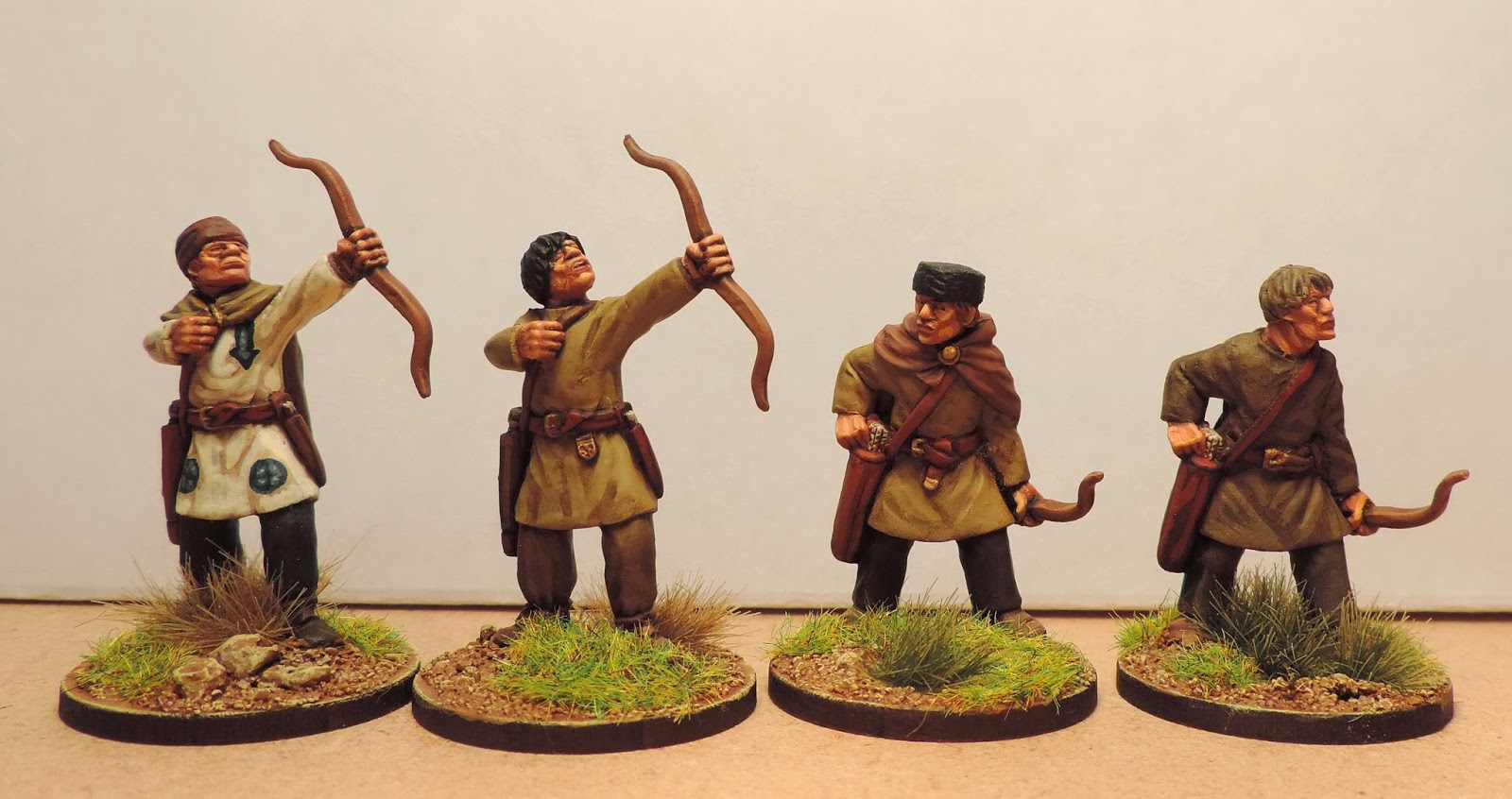 Partizan Pics And A Touch Of Meldrew Syndrome

Made the trip to Partizan yesterday despite the efforts of the highways agency to thwart our travel, why with all the modern technology and millions unemployed does everything take so long to complete anything these days?
Now Kelham has never been the best lit of venues but this year seemed a lot worse, was I spoilt by the June tented show or have they installed those low light bulbs forced upon us by the green brigade? Either way I left the show with a cracking headache, anyway enough of Victor Meldrew mode and on with the positives (excepting both coffee machines not working, thank goodness for the man in the bar with some instant and an urn). It was extremely crowded first thing, yes it is a positive, thinning out considerably after lunch, the trend at most shows these days it seems, none the less this really helps as one can get about and take some decent snaps, I did not take pics of all of games, I am sure there will be plenty of coverage elsewhere, I just concentrated on the Great War Miniatures game, Simon (B De)Miller's Pydna game with the cast of thousands and the surrounding ones that interested me.

Dave and Aly's splendid 1914 game shows off their sculpting, painting and terrain making talents rather well, for more pics click on the Tales From GHQ link on the right. 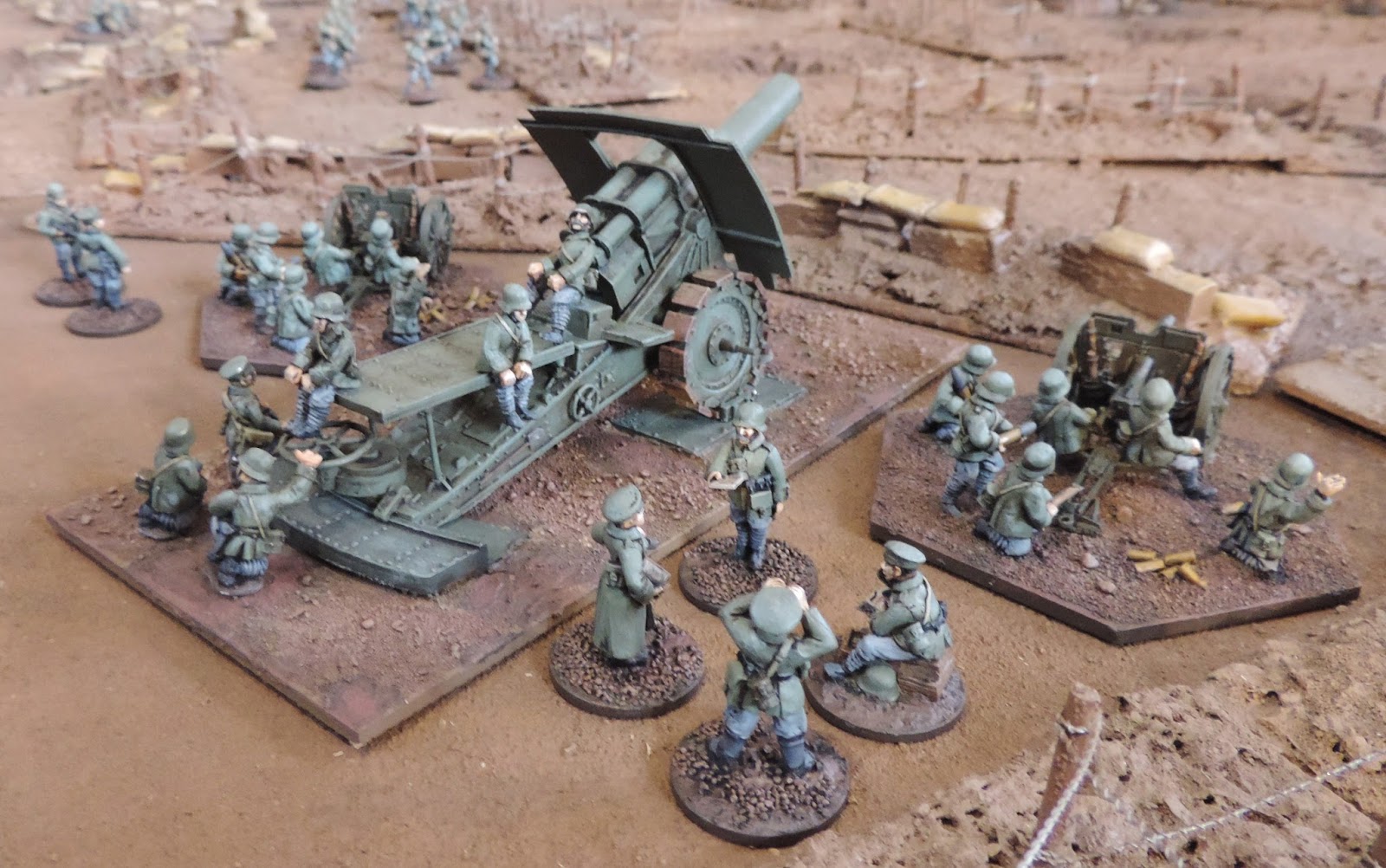 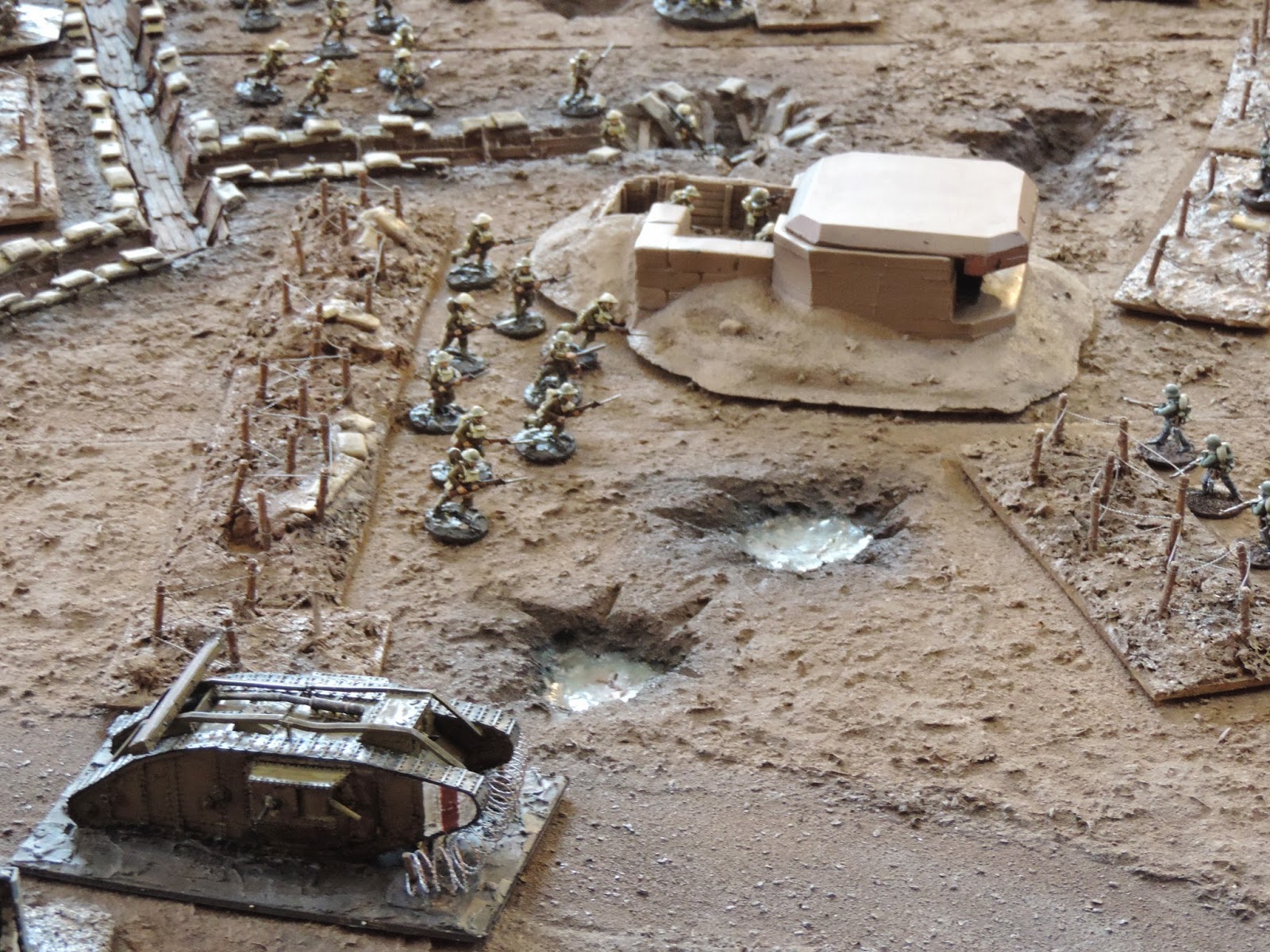 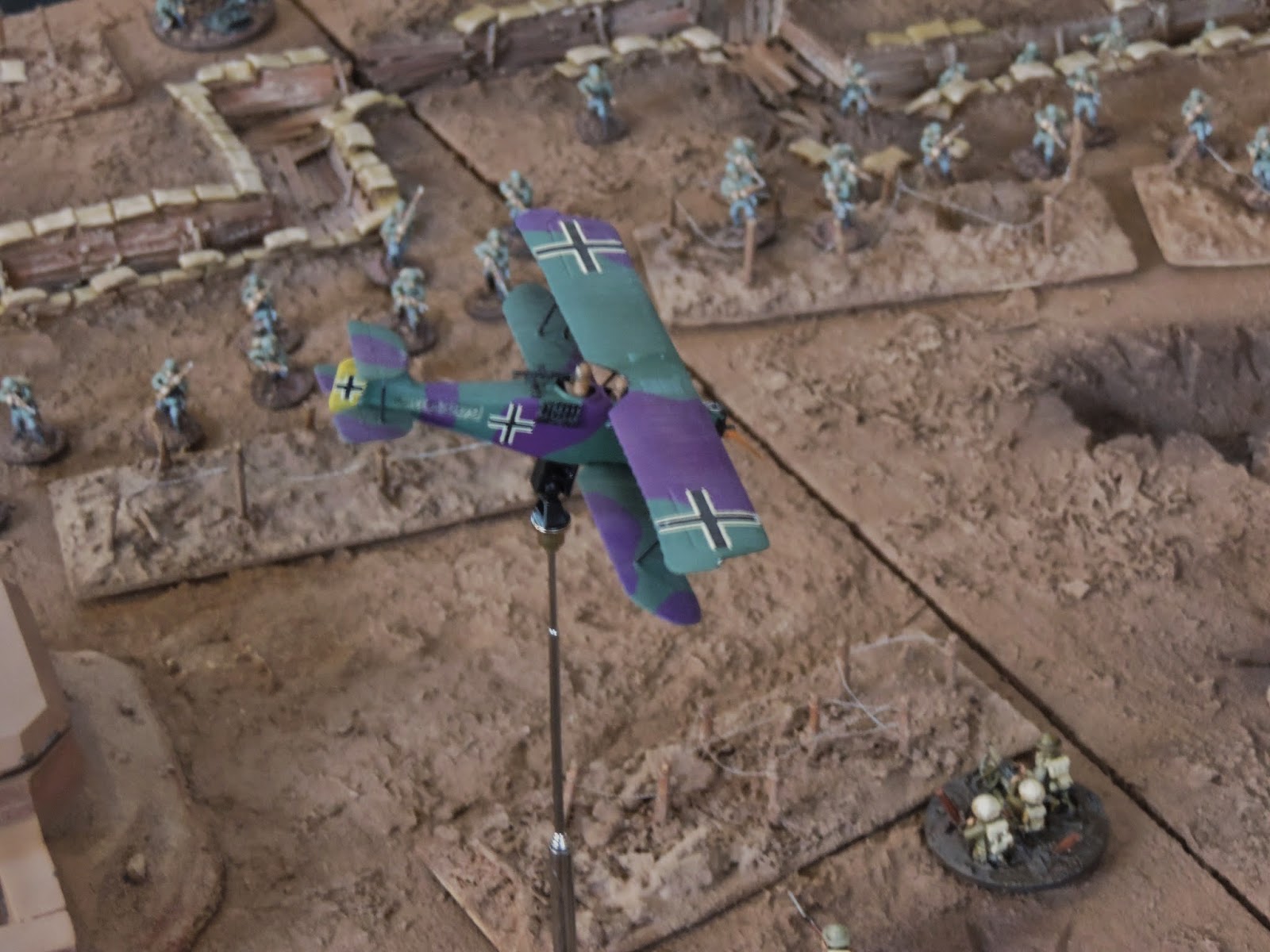 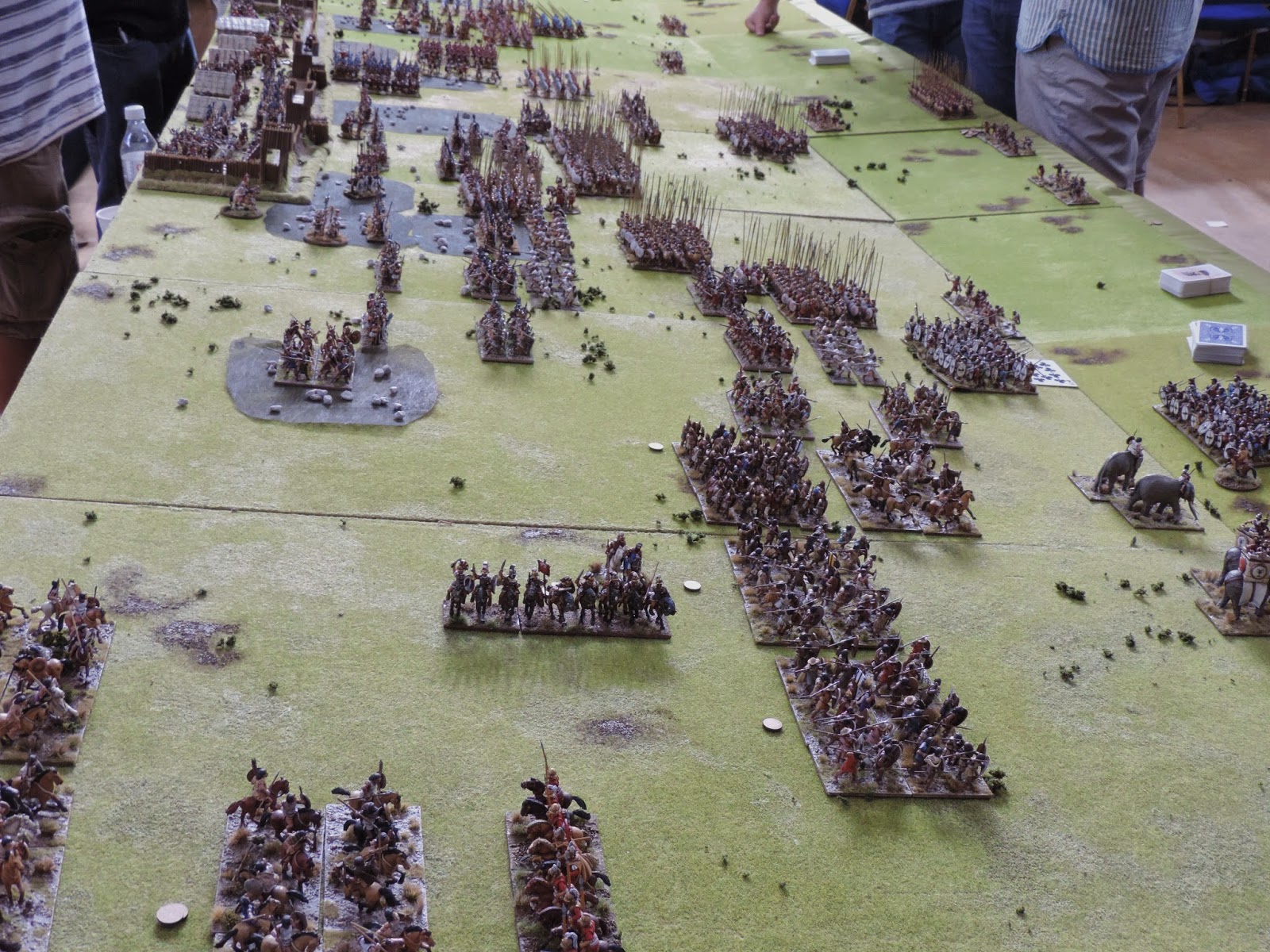 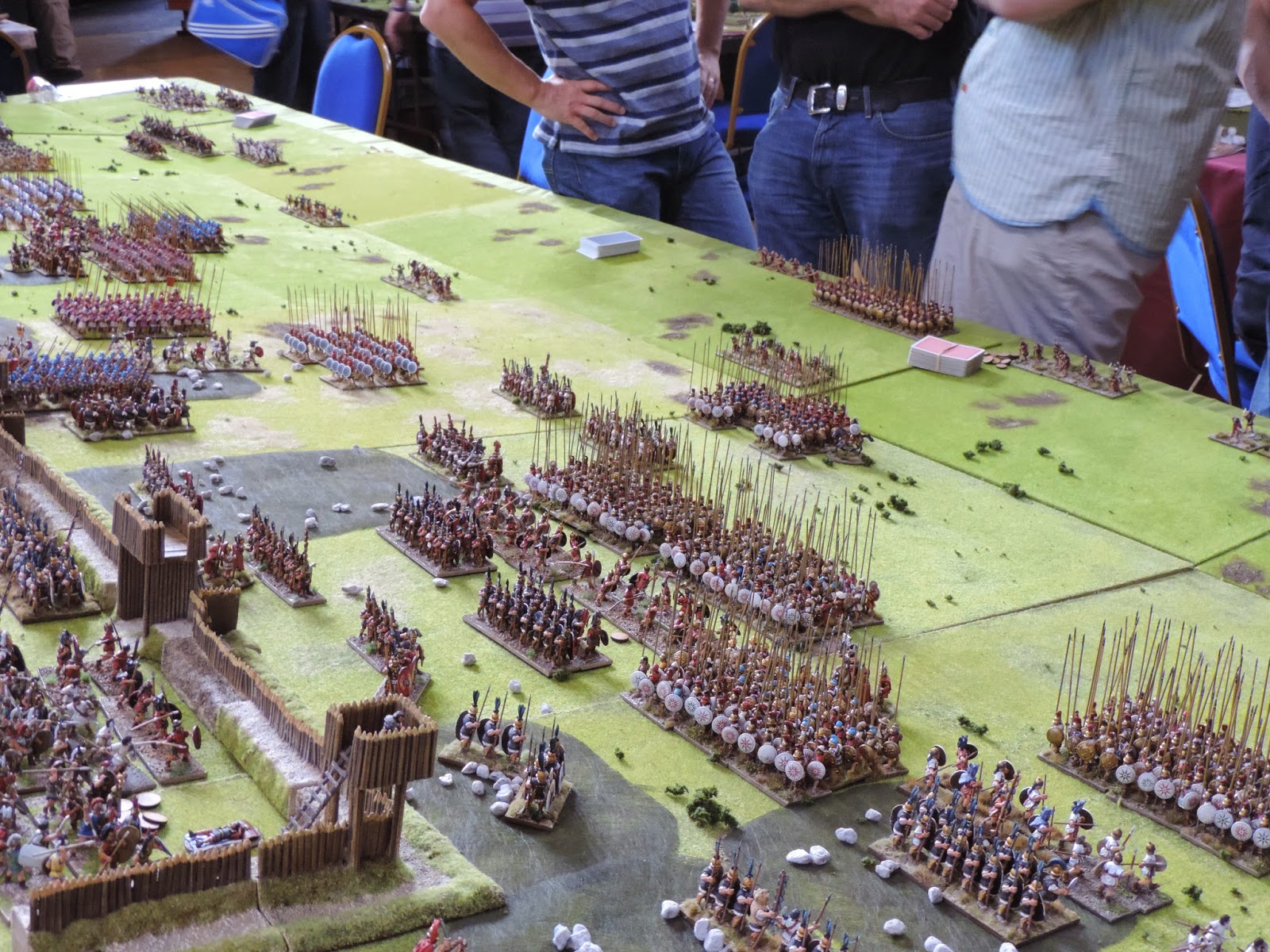 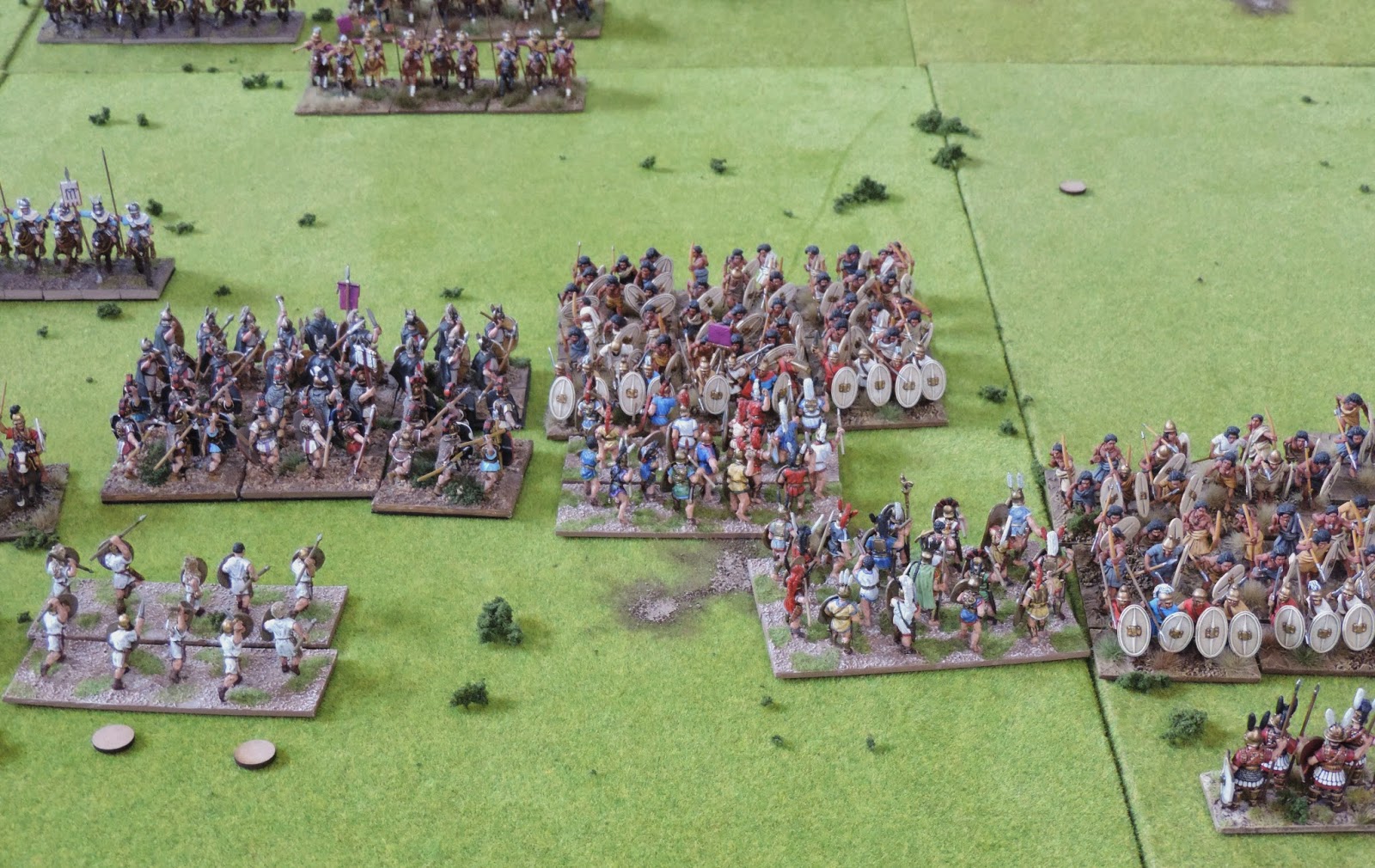 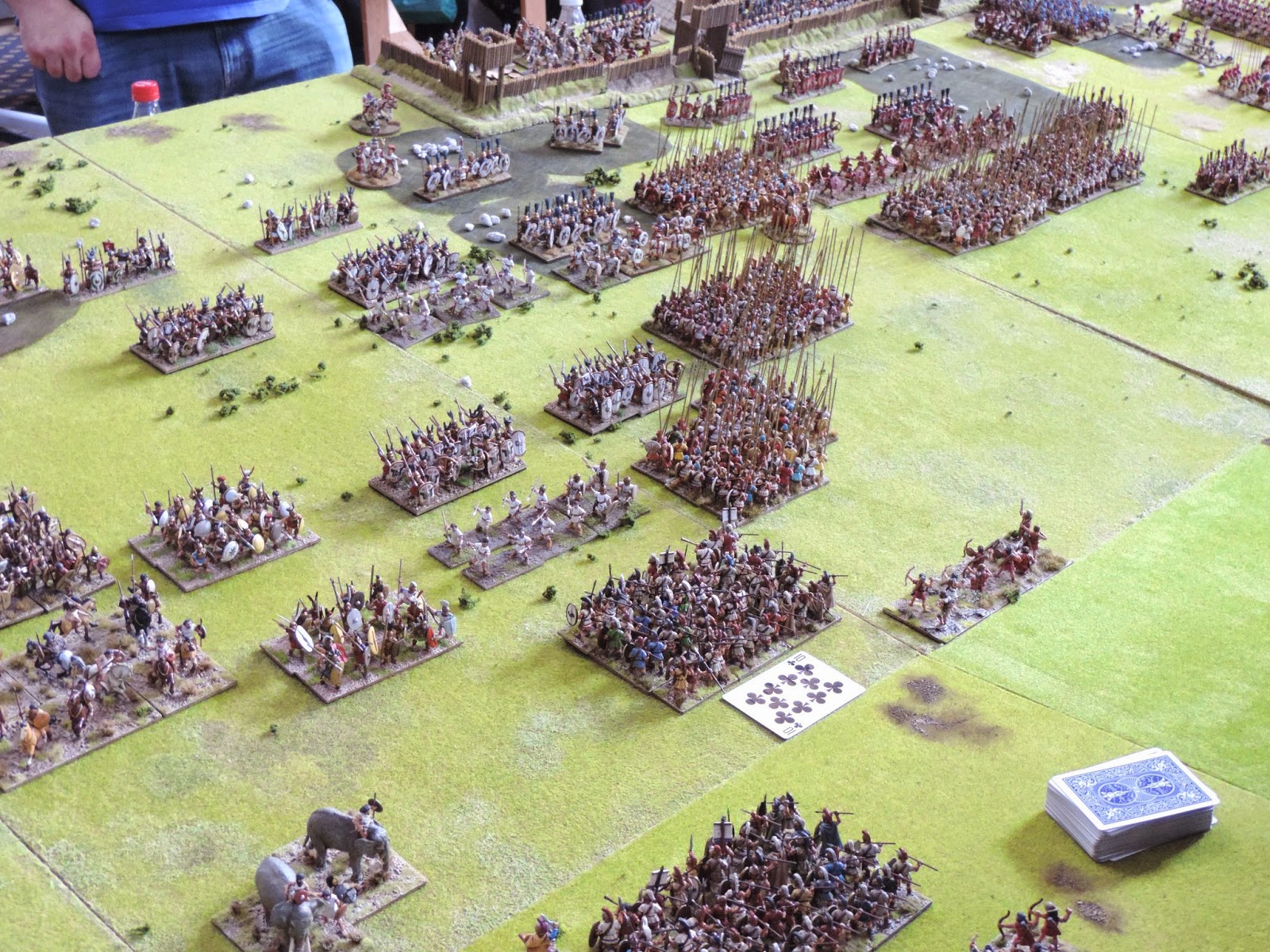 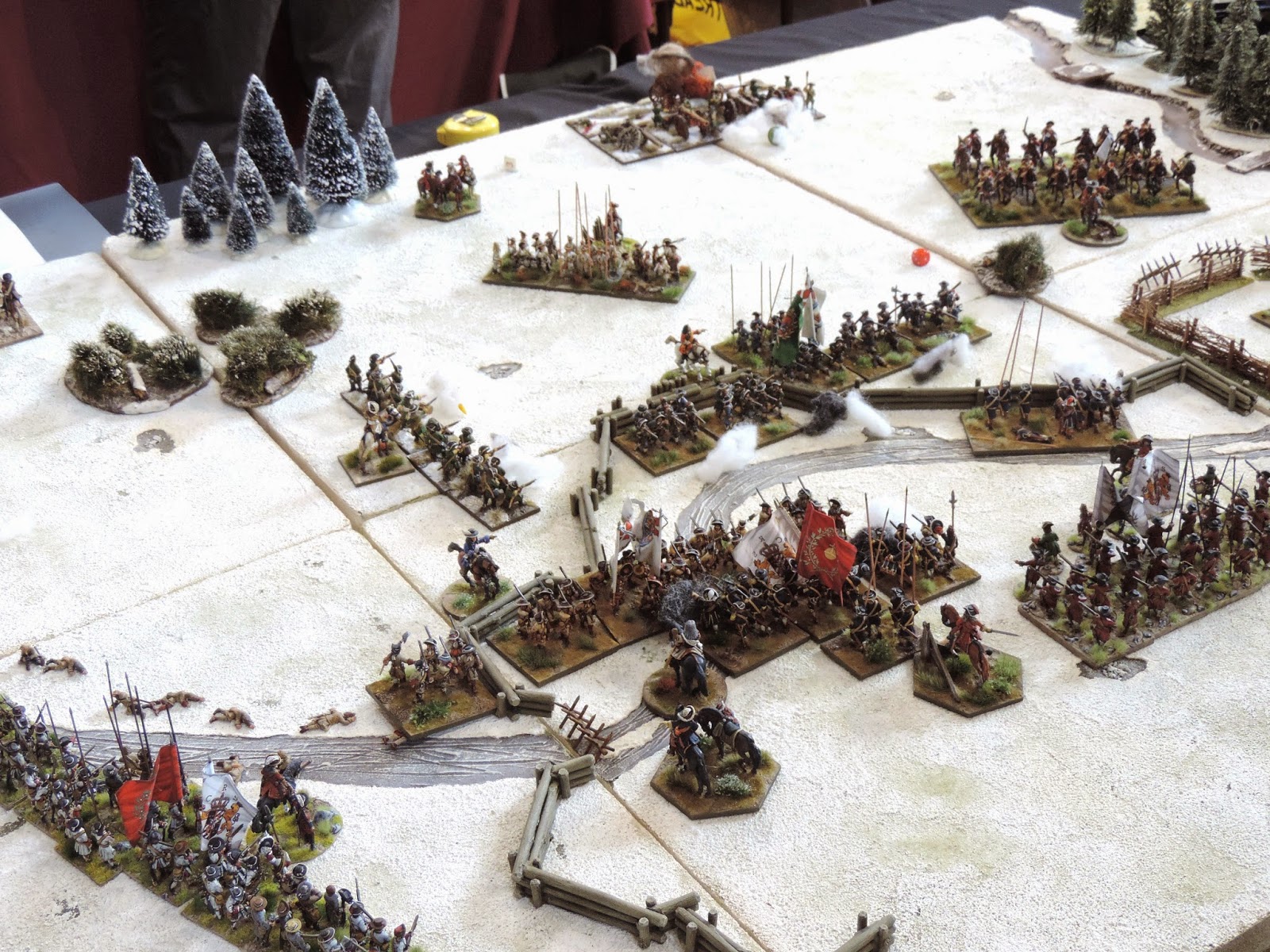 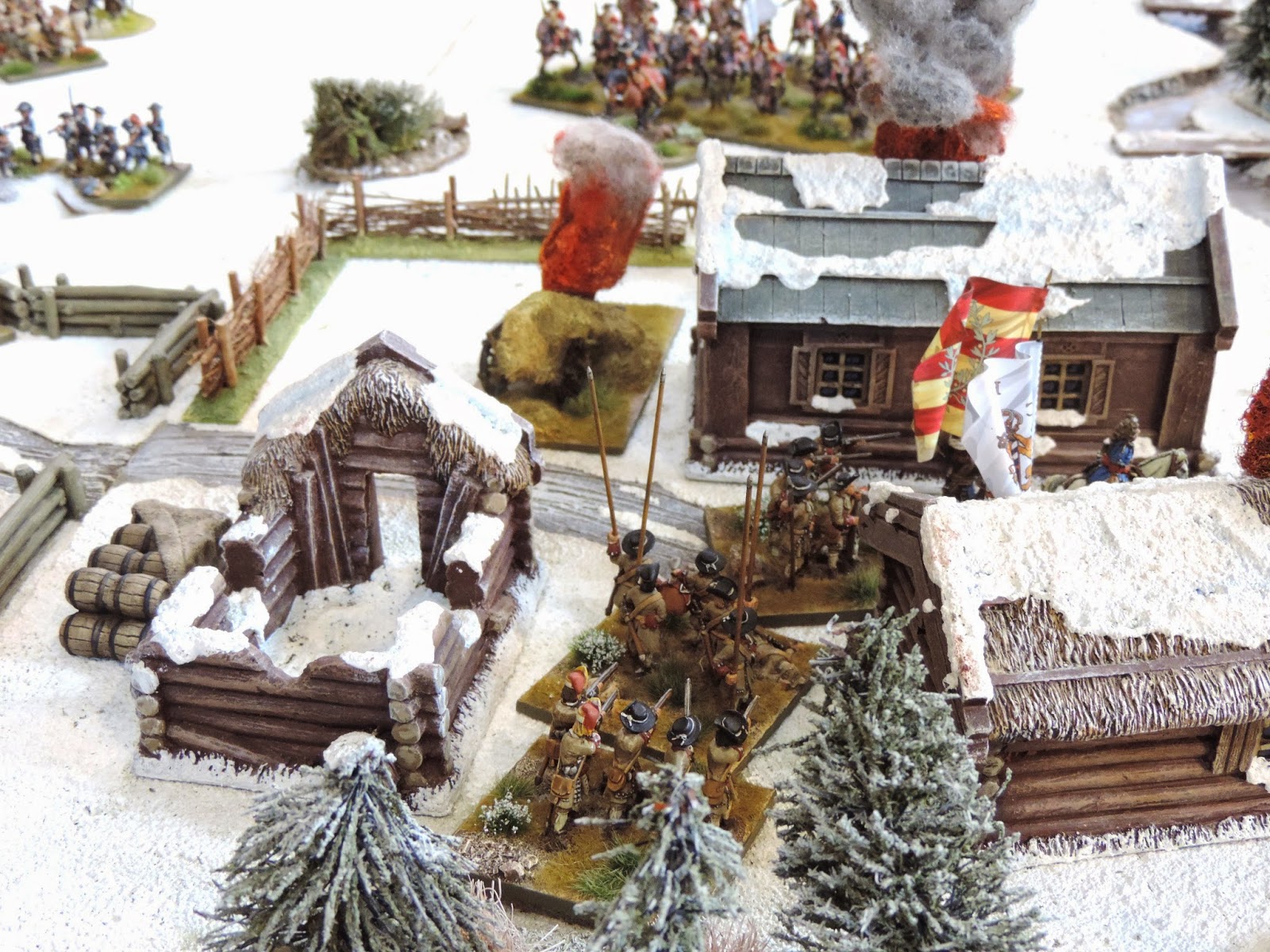 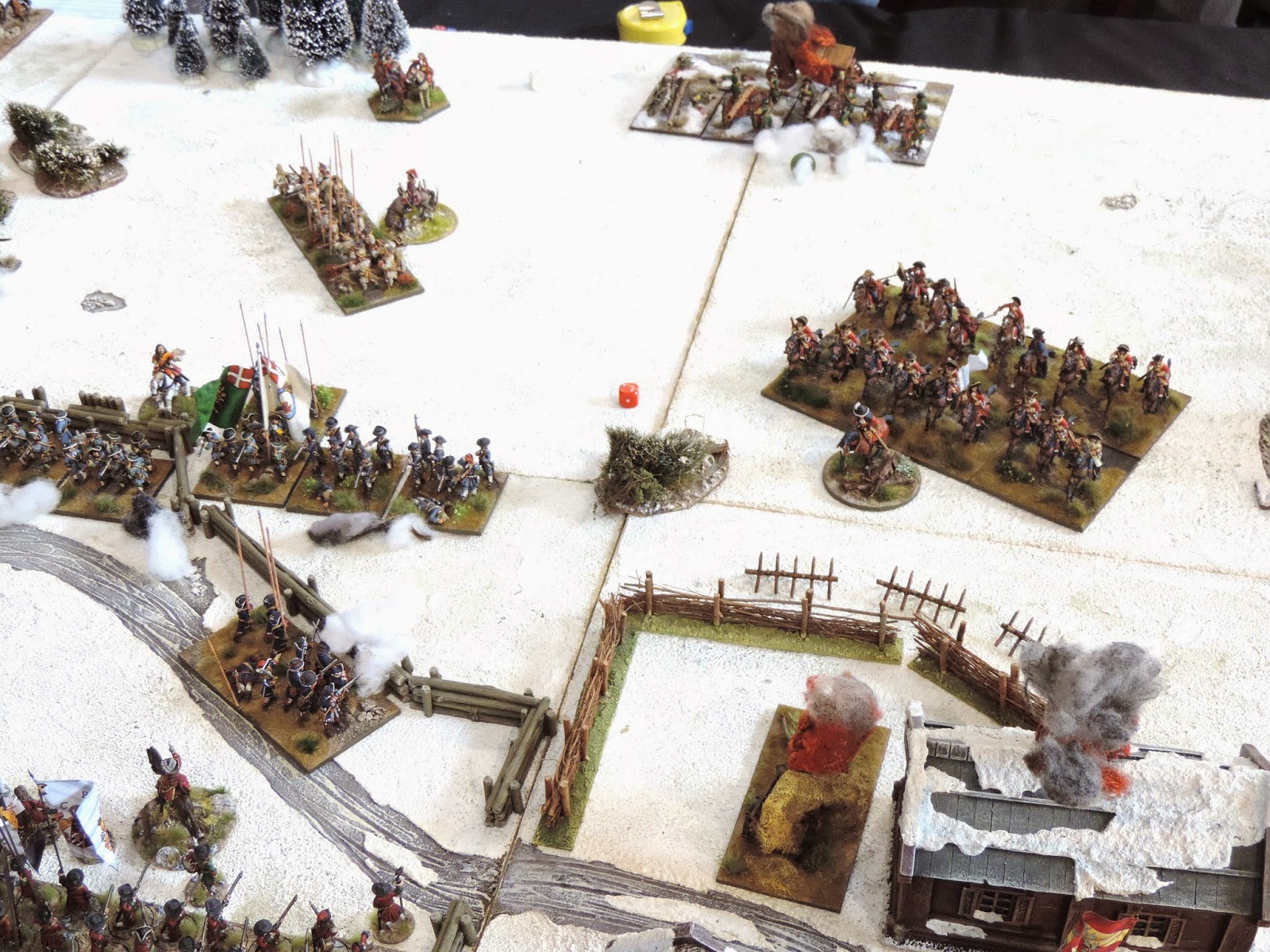 There you are just four of the rather splendid games at the show, many thanks to all the folk who put them on for us and to Laurence and Tricks who have worked wonders despite the curve balls thrown at them by the new Kelham management this year. Time for a move perhaps chaps?
PS.
Purchase wise added nothing to the lead mountain, just added to the MDF stack  courtesy of Warbases and got a haystack and some wire spears off Coriatani.