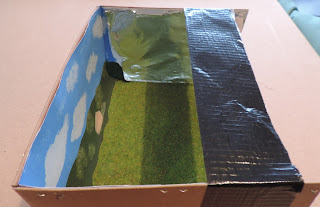 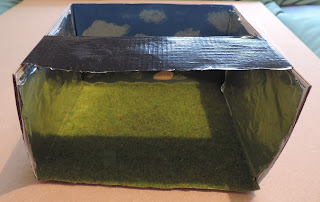 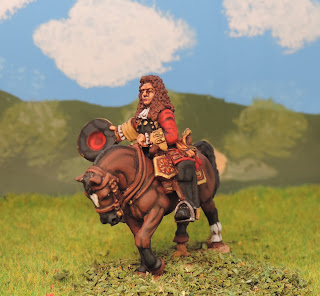 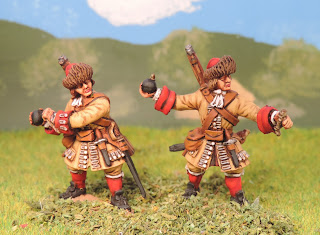 
I paid the price of using poor tactics and bad dice throws, leaving Dave and the Nationalists in control of the town.

I have finished a unit of Goth Noble cavalry, this makes two cavalry and two infantry units completed for the Goths. I need to paint the same again to make an eight unit force for using Neil Thomas's Ancient and Medieval rules.
I am currently painting another unit of Roman Equites, when this is complete I just need to paint another infantry unit to have the required eight units for the Romans. 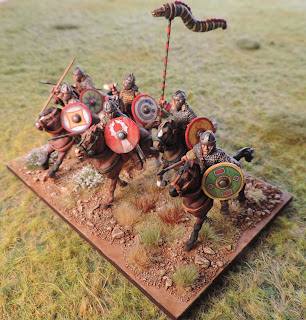 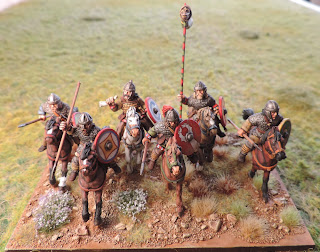 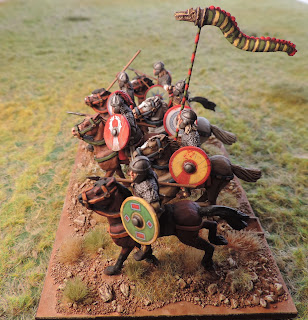 Earlier in the week I popped over to GHQ for a Very British Civil War game, it was a splendid affair, made more so by being victorious and saving the Royal couple from the clutches of the Bolshies. For some splendid pics and reportage click HERE or on the side bar, Tales From GHQ.

Next game here will be a Spanish Civil War game. 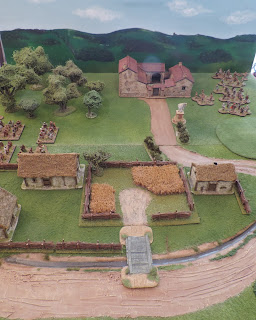 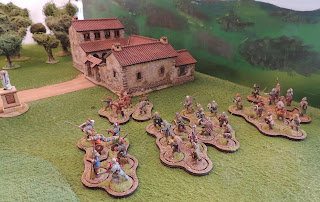 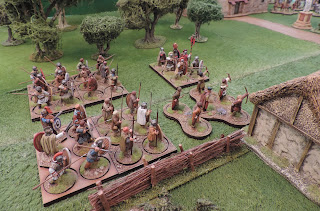 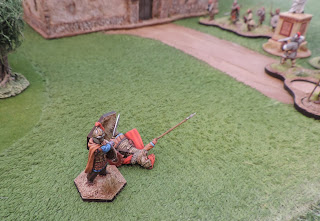 AKA. Osbourne House
Photos of the completed Grand Manner Roman Travellers rest, as mentioned in my previous post this magnificent piece will also see action in my First Carlist and Spanish Civil War games. It may even make an appearance in the game Tuesday in a more northern country. 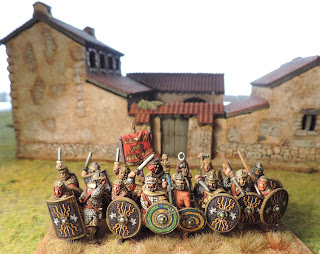 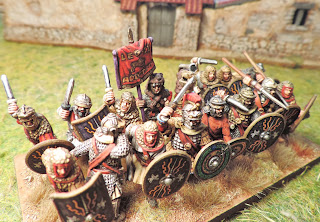 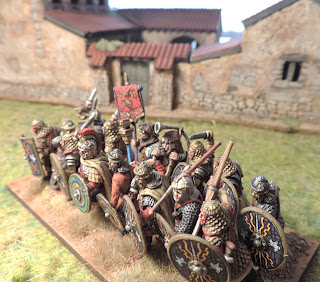