Gaming returned to OHQ today with a 1945 game using Battlegroup rules, a Volksgrenadier platoon with armoured support was holding the outskirts of Pendeheim hoping to stem the allied advance into the Reich.

Alas it was not to be the inexperience of the young grenadiers showed and despite the reinforced and hard cover received a severe drubbing by Monty's boys.

Below are some still photos taken from the propaganda newsreel before the action to show the folks back home that Germany was not yet out. 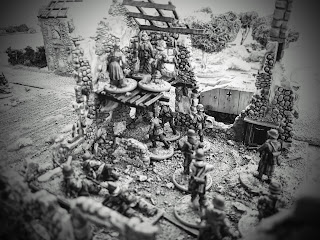 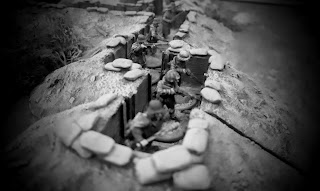 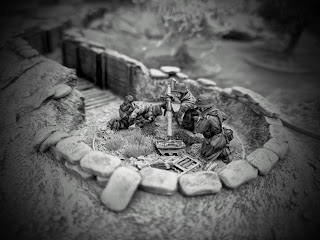 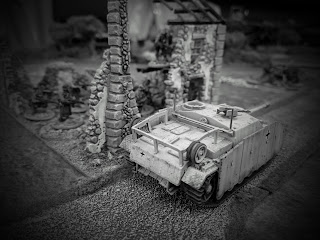 Gaming returns to GHQ next week for an Italian Wars game.
TTFN and KBO

First up the Argentine batallion previewed in the previous post and a Uraguayan batallion, "Libertad" 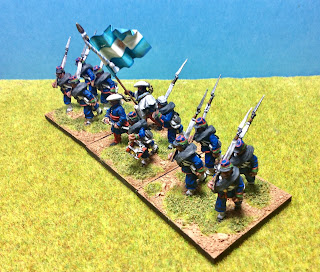 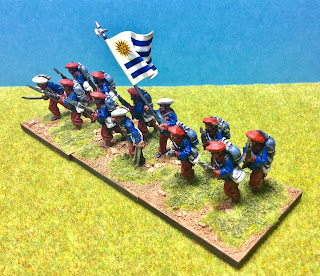 A post by The Tactical Painter, Mark reminded me that I still had six figures to paint to finish off my WWII German platoon in winter attire for 1945 games. I imagine I will now need to get the MMG team in greatcoats as a support option 😁 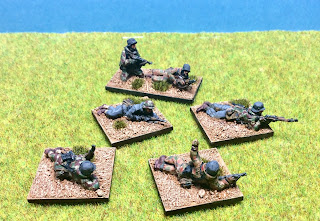 Posted by Phil Robinson at 23:30 4 comments:
Email ThisBlogThis!Share to TwitterShare to FacebookShare to Pinterest
Labels: Reflections

With all games being played over at GHQ at the moment I thought I would post these recently released late war tank crews from Empress Miniatures.

I still need to build and paint the vehicles but couldn’t resist getting the crews painted up ready.