Things did not go well from the start for the Nationalists, the Republic forces had stole a march on them and entered the table first and to add insult to injury they entered the table where they would be in full view of the advancing enemy and the terrain hampering their deployment too.

I mentioned in the previous post that we would be using Rapid Fire Reloaded to play out the action. I had previously tried them in a solo outing and was suitably impressed, they do away with the charts in the previous two incarnations which I must say is a blessing for the ageing eyes, although to be fair if you played regularly you would possibly know how many casualties without looking a lot of the time.

Despite the new way of removing casualties, needing two casualties to remove a base of two figures and three to remove a heavy weapons team any odd casualties being discarded and not carried over, the Nationalists started to take casualties. They were not initially able to reply in kind due to the terrain restrictions, although the Nationalist T26 took fist blood in the armoured tussle knocking out the opposing T26. The Republic replied by taking it out with the BA10, this blocked the road on the culvert further hampering the Nationalist deployment.

So another Republican win, once again commanded by Dave. 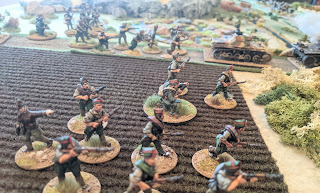 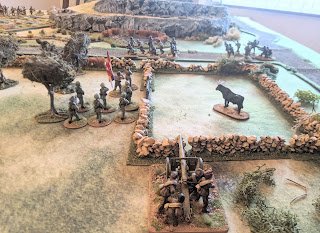 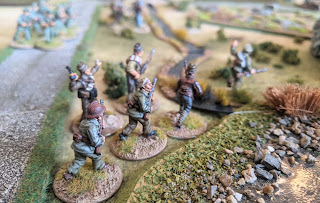 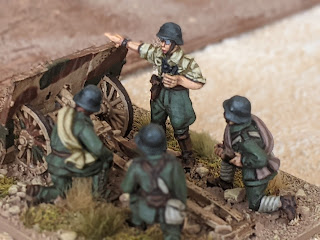 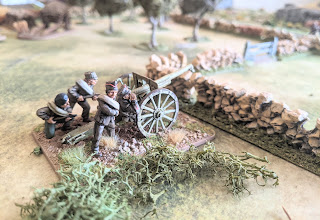 Next game will be some more civil action, this time over at GHQ for some ACW shenanigans.

Hope you all will get some face to face gaming in soon.

Face to face gaming returns to Darkest Rawnsley, as the weather is so atrocious I thought a trip to sunny Espana was in order. 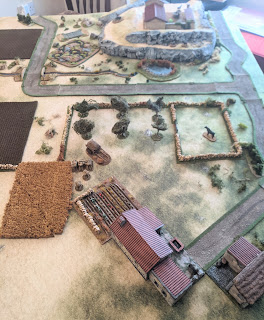 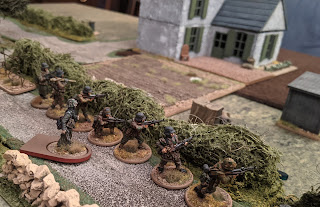 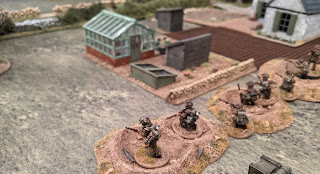 George kindly agreed to command the German forces for the game via Zoom. A combination of German firepower and some less than kind dice rolls and a couple of tactical gaffs on my part saw the British once again compelled to withdraw and concede the field to the Germans.

Replacements will certainly be required for the next encounter.

I am currently painting some more 20mm Germans in winter gear, a lot of my recent games have been 1945 encounters and I think my summer clad Germans have been affected by the cold and coming second, that's my excuse anyway. Perhaps some warmer clothes will improve their fighting. 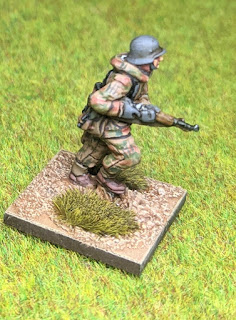 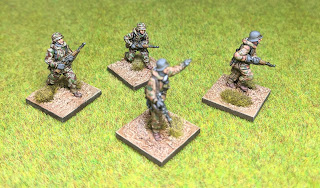 After completion of the forward aid post I thought it rude not to paint up the remaining figures especially as they all have a use game wise as well as table dressing. 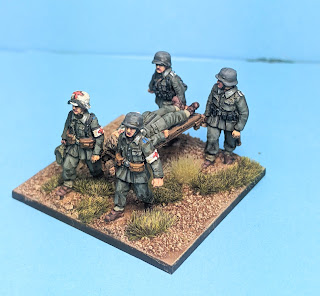 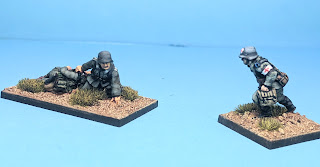 Talking of games, ahead of the long awaited May 17 game over at GHQ I have arranged a game via Zoom Friday evening with George who has kindly agreed to command the Germans in the second game of my Chain of Command mini campaign.

George joined me via Zoom for a WWII game on Friday evening, the scenario was from WSS96 by Carl Titterington,  which was based on a late 1944 action in Estonia. 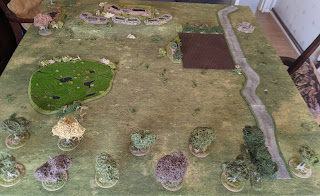 The Soviet forces would be attacking from the tree line at the bottom of the table shown in the above photo, in the background can be seen the hill and German trench lines. the Soviets objective is capture the command bunker in the centre of the hill or force the Germans to withdraw. 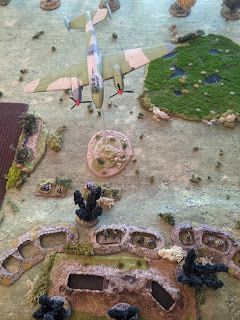 The game started with a PE2 airstrike and a barrage from a battery of 152mm guns, the well entrenched Germans got off lightly with just a couple of pinned units. 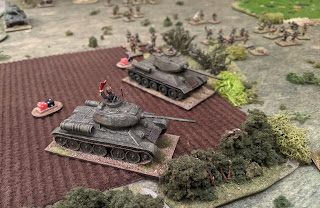 The Soviets surge forward, well sort of, fearful of German anti-tank capability the armour was held back to engage the Germans at effective range, they need not have been a feared, the PAK40 did little managing only a couple of pins before being whittled away by concentrated MG and HE fire.

The tardiness of the Soviet advance was to pay dividends however when the German timed nebelwerfer barrage hit open space, I should have hit the tree line early on in hindsight and not been greedy waiting for the Soviet reinforcements to appear and capitalise on the the number of targets. 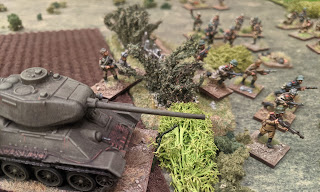 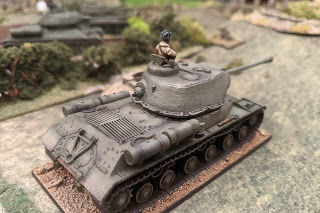 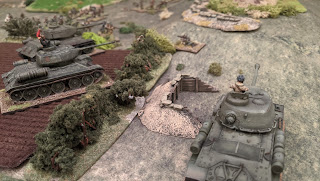 After two hours of play the Germans were still holding out, but the writing was on the wall the Soviet numbers were still overwhelming despite the Germans causing a lot of casualties, with the Soviet tanks about to sweep up the flank and behind and the only remaining anti-tank weapon on the wrong side the Germans conceded the hill. 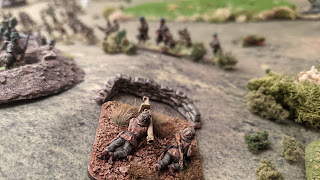 A fine few hours gaming and a chance to chew over things in the hobby even if only virtually is a blessing in these trying times.
TTFN, KBO and May the seventeenth be with you.