Over the past few weeks Matt has kindly hosted some games over Zoom, I thought it only fair that I should reciprocate.

I set up a Spanish Civil War game on a 4 x 4 table and would use Bolt Action rules which are ideal for this sort of game also being able to get the table in view with one camera and play the game in a couple hours giving time for a chat along the way.

I based the scenario on one in the Bolt Action, Road To Berlin campaign book, this one would be the Road to Madrid. 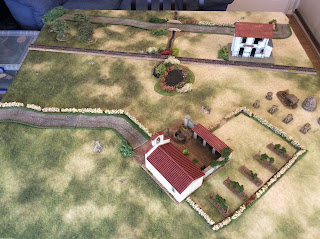 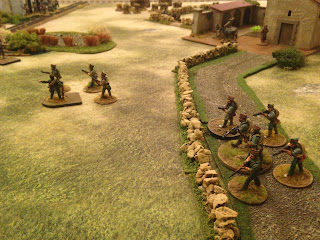 The Nationalists would enter the table anywhere along the lower table edge, the Republicans would have to dice to see if they enter on the road beyond the station or the road behind the small copse top left. Needless to say the dice gods dictated the road by the copse, this together with being untrained, untested and handicapped with poor weapon supplies ( an extra minus one firing at over half range) but them decidedly on the back foot.
Nether the less they put up a spirited fight against the battle hardened Legion, but by turn six the Legion had total control of the station and the Republicans down to a heavily pinned two squads a turn seven did not need to be diced for. A rare and resounding victory at Casa Rawnsley for the Nationalists, on reflection we decided after the game that the Republicans should have had at least another squad, perhaps already on table in the station and to dice for which squad entered which road as and when the Republican order dice came out.
Thank you Matt for a splendid game and for reminding me to take photos of which the all to few  follow below.


Luckily Matt has took some photos as well, check out Wargames In The Dungeon on the side bar which will pop up when he has posted them.
Arriba!
TTFN and KBO
Posted by Phil Robinson at 02:25 25 comments:
Email ThisBlogThis!Share to TwitterShare to FacebookShare to Pinterest
Labels: Bolt Action, Games, Spanish Civil War

Back To The Dark Ages

Thought it was time to give some love to the Roman Britain collection and finish off the unit upgrades with these Gripping Beast figures, LBMS shield transfers, this gives the Saxons eight units for Neil Thomas Ancient and Medieval rules, I have started work on the British cavalry which will make them up to eight also. 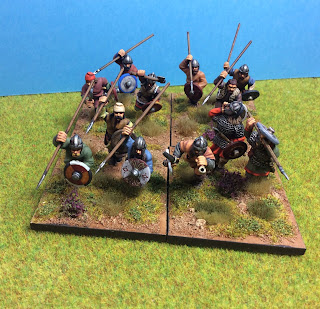 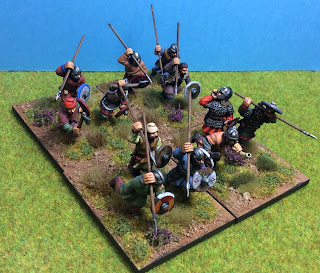 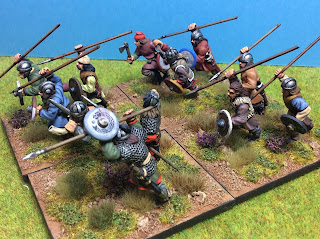 To give spiritual support here is old Sennekott, an old Steve Salah sculpt if I remember correctly. I am not sure if she is available from anywhere these days. 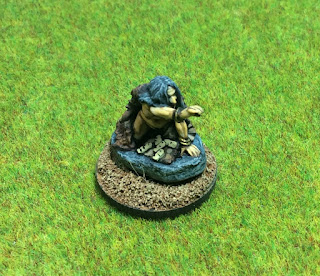 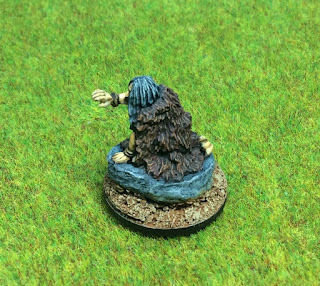 My wife and I are booked in for our vaccination tomorrow, it appears to have effected some folks ability to paint for a couple of days so there may be a slight lull.

Until next time keep safe and KBO.

More additions to the 20mm World War II collection, as the title suggests to the Soviet forces this time in the form of two ISU52s.

The models are from S Models with RB barrels added, I decided not to add the AA MGs and the grab rails these are quite delicate items and I doubted they would survive the rough and tumble of the table top. The commander is a Foundry figure. 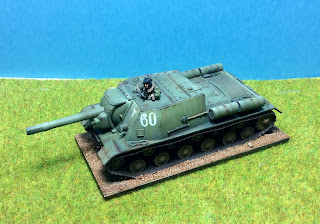 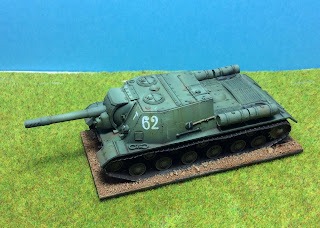 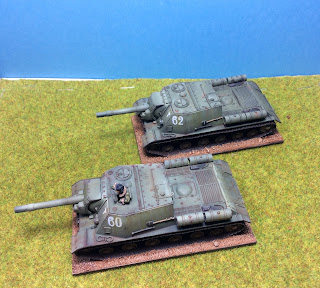 While I had 4BO in the air brush I thought it would be rude not to get this Warlord T34/85 painted up at the same time, which fellow blogger Norm sent me as a gift. 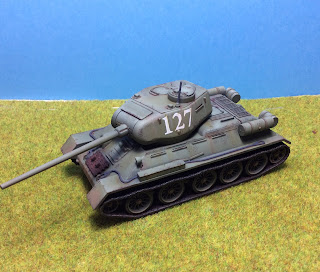 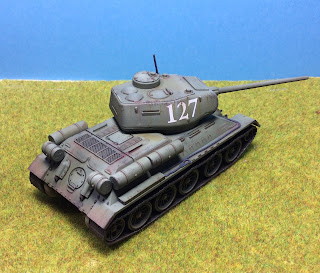 Until next time keep safe, sane and KBO