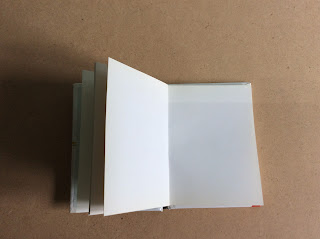 No game with Dave this week and a day to wrestle back the garden from nature, how can it take over like this in just one week? I decided between bouts to give Chain of Command Espana a run out now that I have enough figures painted to do platoons of one troop type.
I randomly chose the support choices for each side and the plan of attack, both turned out to be almost identical, oh well I can’t be accused of favouritism.
Below is the table set up, Nationalist jump off points in blue, Republicans in red. 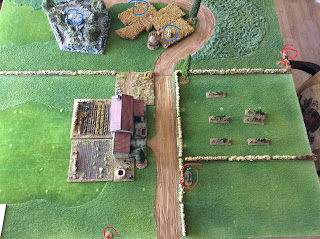 Both sides attempted to get around each others flanks while holding the centre with there vehicles, the Nationalists a Bilbao armoured car and the Republicans an armoured truck. With both sides being evenly matched a game of cat and mouse ensued with neither side being able to gain any advantage, although the Nationalists were losing more men early on they held their ground and began to even things up.
With dinner being almost ready I called an halt to proceedings, the Nationalist force morale was down to 6 from a start of 8 and the Republicans down to 7 from a start of 11 though. Had I continued I think the Nationalists may well have carried the day, but as it stood I called it a honourable draw. The usual photo montage follows 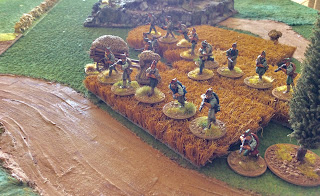 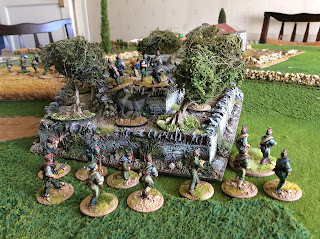 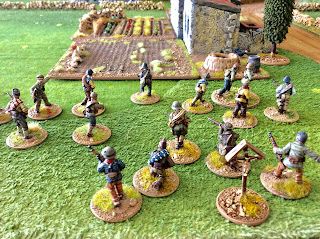 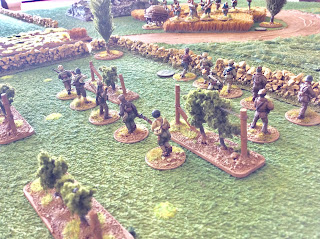 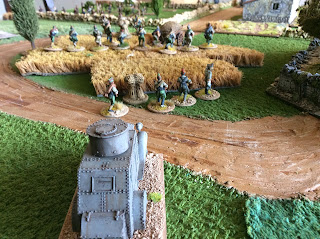 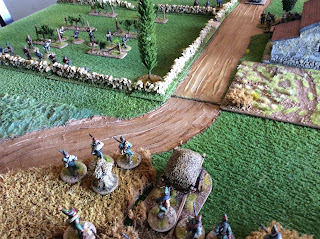 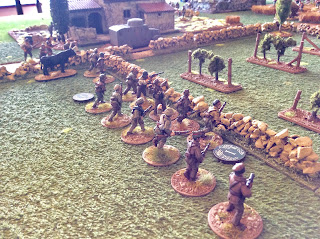 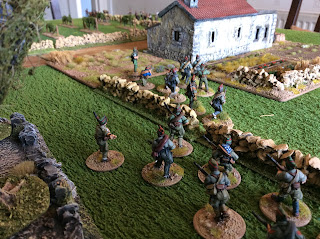 An entertaining  game but I think I prefer the randomness of Bolt Action for the Spanish Civil War, I think command and control in Chain of Command is a little to structured, whilst fine for World War Two it doesn't meet my perception of combat in the Spanish Civil War. Next game with Dave I may play the scenario out with Bolt Action for a comparison.

Back in December, you may recall I repurposed an escarpment from my old Back of Beyond display terrain(Link).
When I visited the Barrage show I picked up a copy of Battlegroup Torch, I intend to use this to organise my German and US forces until Battlegroup Italy is out.  I have a plan to make some more hill pieces for my Spanish/Italy tables and thought wait a minute these would also be ideal for Tunisia, I would then just need a couple of buildings  and a few palms for Operation Torch games. I remembered that I had made a group of buildings for the Back of Beyond display games, a bit of whitening up and they would pass muster for the more westerly regions. So here we go, I added an ornate window that Dave kindly gave me so I attached and painted that. Just a bit more weathering to do and hey presto!, although I may add a dome to the roof of the building next to the archway. 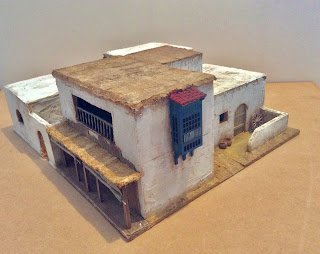 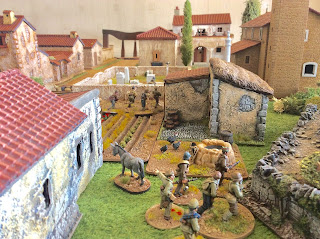 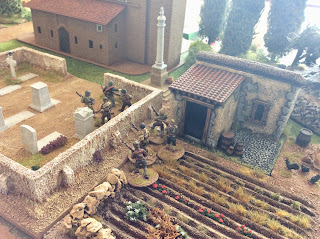 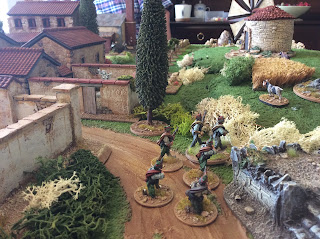 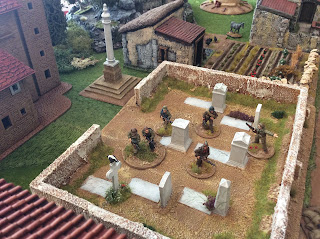 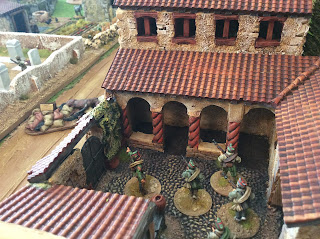 I have completed the first German squad for the Italian campaign project. All from the Perry plastic DAK box. 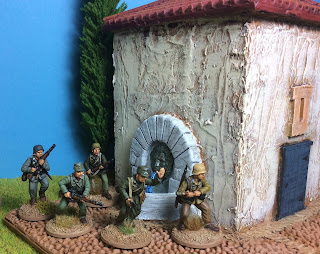 All being well on Monday we will be off to sunny Spain for some more Spanish Civil War action.

Hell In The East

Having travelled back from a short break yesterday we did not want to big a game today, so I set up a small squad level Battlegroup rules game on my 4 x 4. 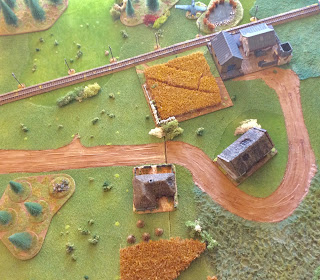 The Russians (Dave) would be holding a line roughly back from the centre of the table about 8 inches, the Germans (Me) would attack from the left.
The Germans pushed forward early towards the objective in the cornfield adjacent to the station with their Sdkfz222 armoured car. Meanwhile the main push would take place on the right taking advantage of the cover provided by the wood.
Having survived the attention of the Russian A/T rifle it fell victim to the deployed 45mm A/T gun deployed by the barn to the left of the cornfield. 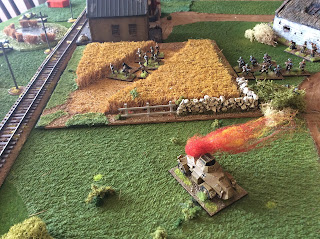 The first two turns saw the advance into the wood while awaiting reserves to enter on turn three, this turned out to be one unit, the on table units now coming under intense area fire were getting pinned down. Turn five saw the chance of an appearance of the Luftwaffe, Herman's boys however were found wanting. The VVS in turn seven however were on the ball and proceeded to drop PTAB bombs on the unsuspecting infantry about to enter the cornfield. 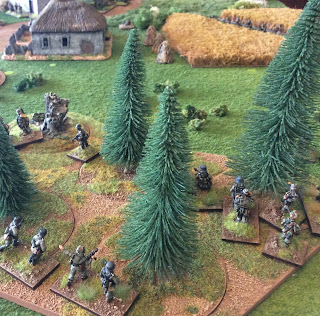 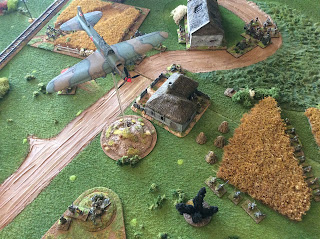 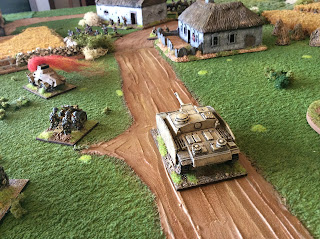 The air attack triggers a Battle Counter draw, this left the Germans with another two points taking them over their battle rating, eek! Turn eight saw the unpredictability of war, the Russians took a battle counter to un-pin units and keep the pressure on the Germans, a 5! this took them over their Battle Rating, forcing a withdrawal. A let off for Hitler's lads, and a victory for yours truly at last!