I was planning another game of the Ponyri scenario using Battlegroup rules today but by the time I got back in from garden and had lunch it was a little late in the day so I set up a First Carlist War game. I had no scenario planned for it so I just set up the Carlists defending a ridge and gave the Isabelinos the job of ousting them from it. I used our current rules of choice for the period Black Powder on a 5 x 4 table. 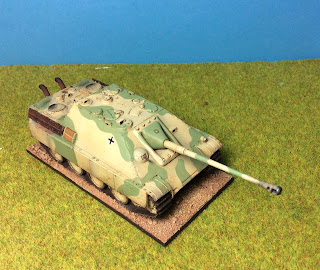 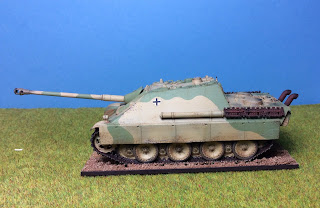 It’s amazing how the light makes the colours different depending on where you take the photo from.

SU57 if you are a Soviet. Never used in anger by Britain and America, the ones not supplied to the Soviet Union under the Lend-Lease agreement were converted back to standard M3A1 halftracks.
The Soviets designated it the SU57, it first saw action during the 1943 Dnepr River Offensive in the Ukraine with the 16th Separate Tank Destroyer Brigade, some units of this brigade went on to fight in the Berlin and Prague campaigns. 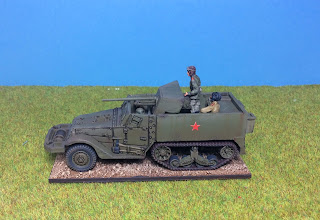 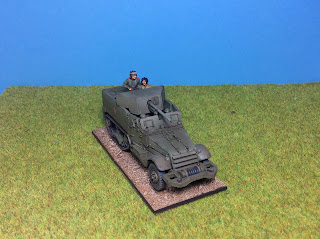 The model is a cut and shut from S and S Models using the Plastic Soldier Company M3, the crew in the front seats are the PSC crew with head swops from SandS, being a sad git I added shoulder boards with Miliput, the crew in the rear are AB Figures.
The conversion kit from S and S includes the M3 sprue, you do not need to buy the PSC box although I believe it is out of stock at the moment.

So today I managed to fit a game, I mentioned in the previous post that I would be using Rapid Fire rules with a modified version of the scenario in the third supplement of Eastern Front scenarios.
I played the game on a 5 x 4 table lengthways.
I will run through the game using captioned pictures that will hopefully give you an idea of how it went.


Another enjoyable game, a tough ask for the Germans but they nearly got their despite the failure of the left flank attack and early loss of the Ferdinand.
I have kept the scenery out as I may play the scenario again using Battlegroup rules.

Till next time keep safe, stay alert and KBO 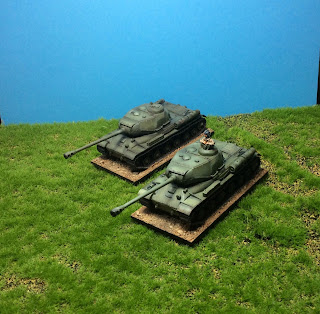 Hope to get a game in over the weekend, having played three World War Two games with Bolt Action, Chain of Command and Battlegroup rules it would be remiss of me not to play a game with the rules that got me into wargaming World War Two, Rapid Fire!
It will be based on the Ponyri scenario in the Third Supplement scaled down down to suit my smaller table.

Until next time keep safe and KBO
Posted by Phil Robinson at 09:36 16 comments: