The Attack On San Fillippe (3)

The reckoning. The Republican forces began an advance along a broad front, all the Nationalist troops were deployed hidden, denoted by markers with some dummy markers. Turn two saw the arrival of the Nationalist army support, meanwhile the Republican advance continued, except for the Bilbao armoured car, the one man turret rule making it pass an order test to advance. It was however able to provide fire support for the Carabineros advancing on the Guardia building, whilst the Dinamiteros debussed and ran down the road coming under immediate fire from the Guardia. they were wiped out to a man when the army mountain gun opened fire as well.


Meanwhile over on the other flank a Mexican stand off was underway, a random card draw broke the deadlock, a Republican squad was given an additional activation, it was able to advance to within point blank range and then fire when an order dice came out. Their supporting squad however took a liking to the cover provided by wall. None the less next turn with the defenders of the foundry suitably weakened they charged and wiped out their foes in short order.


Back at the other end a firefight between the Carabineros with support from the ladies of the militia ensued, with the Guardia suitably weakened the Carabineros launched an assault wiping out there counterparts.


By turn five it looked like a draw was on the cards with only one objective in Republican hands, then fate intervened, the Anarchist militia unit in the centre, now depleted to five men, made a do or die charge into the stables to assault the eight Carlists protecting the supplies, statistically they would be sure to lose, but no, the Carlists threw the worst dice of the game and were beaten. At least I got to try out the morale adjustments.

The Attack On San Fillippe (2) 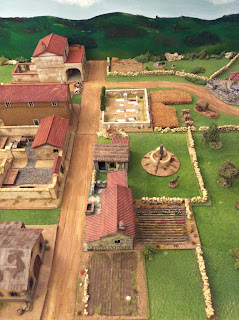 The attack will be carried out by elements of the Anarchist militia with the support of a squad of carabinero, a squad of dinamiteros and a Bilbao armoured car.
Their objectives are 1. the Local Guardia Civil station, 2. the supplies stored at the stables, 3. the iron foundry.
They will attack from beyond the red line, they will gain a victory if they achieve two of the objectives, attempting to stop them will be the local Carlist militia who will get additional army support from turn two. 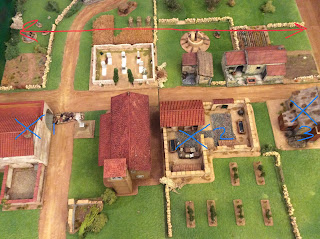 The Attack On San Fillippe (1)

For this encounter next week we will be using Bolt Action rules, I wanted to try something similar to what Dave has done successfully for our Black Powder games, units that lose a close combat or fail a morale test due to 50% casualties from shooting are not removed from the table. They will immediately RUN towards the nearest friendly table edge, also taking an additional pin marker. If they already have an ORDER DICE this is changed to a RUN order, or if they do not then one is taken from the bag, they move the full 12" regardless of terrain, also mark them as routing with a suitable marker. In subsequent turns they can try to be rallied if still on the table, take an order test to RALLY but all pins are counted against their morale rating and if they pass the test only remove ONE pin for passing the order test. They will also have a permanent pin marker for the rest of the game.

Hasta la vista, until then here is a photo of the latest Moors I have painted. 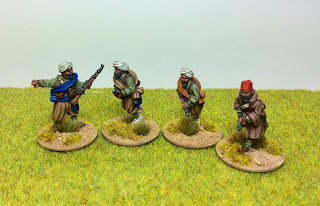 We visited a local National Trust property yesterday, Attingham Park, just outside Shrewsbury, I paid the customary visit to the second hand book shop and picked up this, a snip at £1.50. Ideal for my latest commission, result. 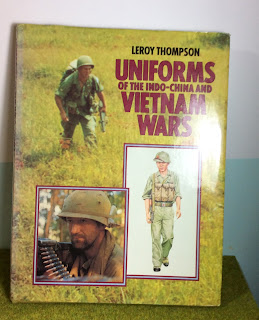 Some I did earlier 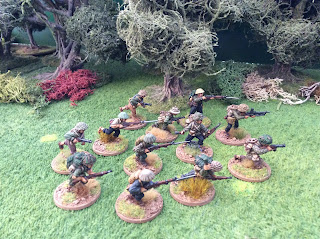 No game this week, due to the Bank Holiday and Dave being away. Next week a Spanish Civil Wargame is planned.

Just a short post to say that I do actually get to paint my own figures rather than terrain occasionally. A squad of carabineros to "stiffen" the forthcoming attack on San Phillipe, spearheaded by the Anarchist militia. 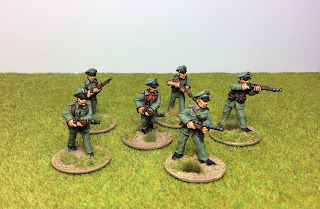 Bicca, AKA Dave came over to OHQ earlier today to command the horrible Saxons in a raid on Ednas  farm to steal cereal and pigs.
We use heavily (very now) modified Neil Thomas rules, today we would be testing the latest modifications, using my re-organised units.
Photos of the action follow to give an idea of the encounter, the Britons had to dice for their arrival point on table which lead to them being hemmed in as you will see.


A crushing defeat for the Britons, Bicca is fast replacing the late, hardly lamented Penda Fudd as the bane of Briton.
There will be a few more amendments to the rules before the next outing, nothing major just a little fine tuning to give us the game we want to play, I hope to get a couple of skirmish units, one for each side done before then.

Next week an ECW bash over at GHQ, to try and get our heads further round Pike and Shot

Way back in 2017 inspired by the one Kevin and Peter had on their Game at Carronade, I ordered the Italeri church, I checked the web on the evening and  Hannants had one in the sale, result. Upon arrival it was promptly assembled and primed, then it was just as promptly side lined by other things, as you do.
Having come across the chaps at Valhalla Games U-Tube Bolt Action Videos I saw the church on their game and was inspired to get it finished, the kit is 1/72nd, though it looks fine on the table for 28mm, I did however have to change the side doors, even against a 20mm figure it is a tad low, I added an arch with Miliput and a metal door to the one side and changed the one on the other side to a decorative feature by adding a cross made from an MDF off cut. 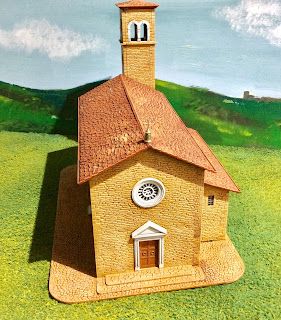 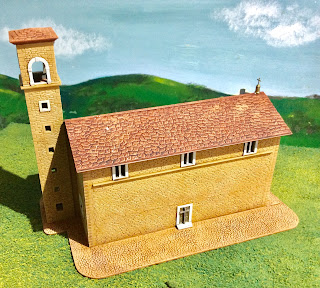 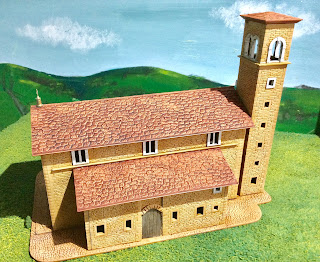 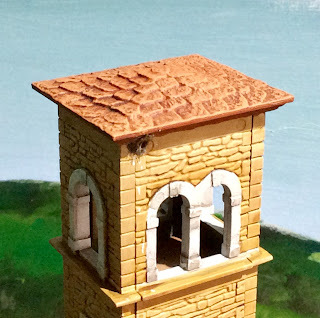 Being a bit of a sad git I added a martin's nest to the bell tower.

Off to GHQ later for a SYW bash.