Following their recent victory Bikkagern and his Goth horde continue their advance into the Roman provinces. Baldinus has rallied his legions and as deployed to halt the Goth advance...…….

With the Goth cavalry having free reign and all but two of the remaining Roman foot units engaged a Roman defeat was inevitable and we called a halt to proceedings.

The Goth advance continues and Baldinus's hold on the throne is shaky at best.

As ever we used Neil Thomas's Ancient And Medieval Rules with an addition to give generals a role and an additional morale roll if a unit was down to one base in melee.

A Trio Of Transports

The last game I played highlighted the fact that my 20mm Soviets are short on transport, inspired by this and the Battlegroup September Group Build being transport, I set too. 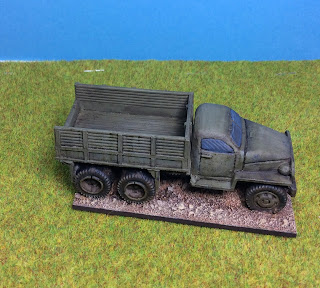 A Lend-Lease Studebaker. A resin model from Anyscale Models. 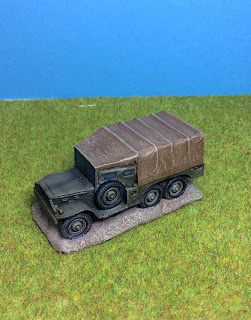 A Lend-Lease Dodge Weapons Carrier. A resin model from Ready To Roll 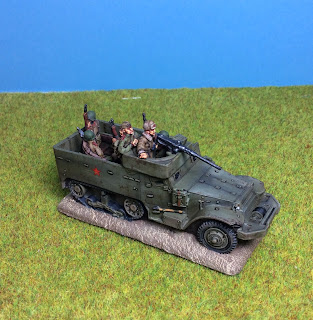 A Lend-Lease M3 half track. Again from Ready to Roll while the crew are AB Figures

No game at OHQ next week as I am away. 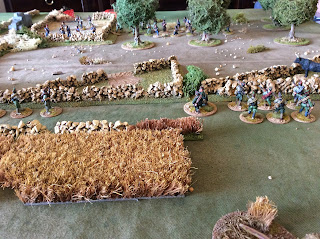 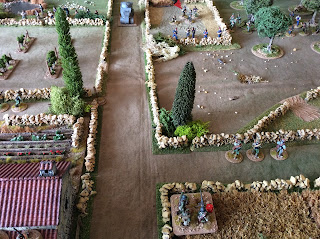 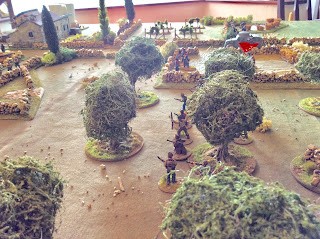