The Battle For Rawnstadt Continues

Our scouts told us that the town of Rawnstadt had been deserted, it would be an ideal place for our brave men to rest and await re-supply before continuing the advance further into the Reich. We were somewhat surprised therefore when our lead T34 encountered the enemy advancing on the town, the enemy were in retreat so why they were heading to occupy this back water we cannot guess.

I move up to a vantage point on a nearby hill to see for myself what is happening, there are two Pz.IVs an armoured car and several sections of infantry. I have only sent two sections forward to the town to ready it for the rest of my force, I immediately radio back and urge them forward quickly, the two forward sections will not be able to hold back the Germans I feel, I also call forward our other two T34s. I must try to get in touch with division and find out what they wish me to do.
Col. Dimitri Robinski

The scenario was played out using the new Iron Cross rules from Great Escape Games, reading about them and seeing reviews on the web, I felt that they would give a decent game in between Bolt Action and Battlegroup rules. Dave and myself were at first a bit dubious of any unit on either side being able to react before the others activation, but it worked quite well, in fact in some ways it made sense. Most other rules unless your unit has been given ambush/over watch orders would have to sit there and take punishment probably from several enemy units unable to do anything in reply until its "turn" providing it was still intact of course.
I must say that at the beginning of the game our dice throwing was the worst we have seen, my attempts to rally off morale markers was hilarious, the number of twos and ones I threw was amazing even for me.
I think I could have put up a better fight if I was not in charge of rules monitoring, but not to take anything away from Dave who even more in the dark about the rules who put in a sterling performance, early dice throwing accepted.
We both enjoyed our first run out with the rules and both agreed will certainly play with them again. 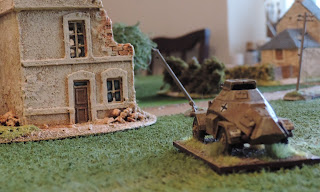 We are advancing to deny the town of Rawnstadt to the advancing Red Army, why we do not know, it has long since been abandoned by the inhabitants. Even our General is at a loss to why it has suddenly become the focus of attention. We will do our duty none the less......
Col. Otto Bikkel 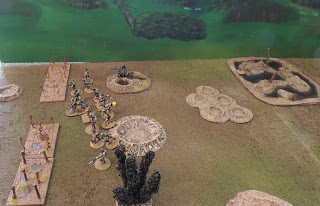 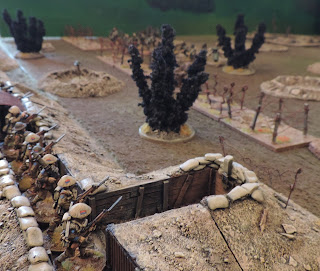 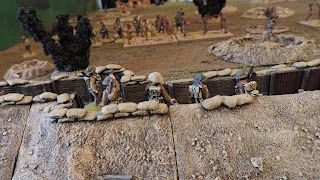 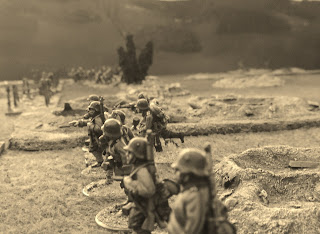 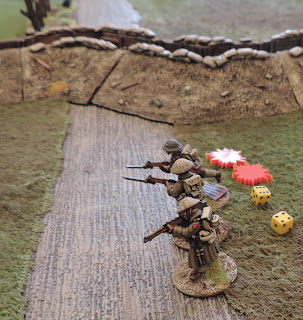 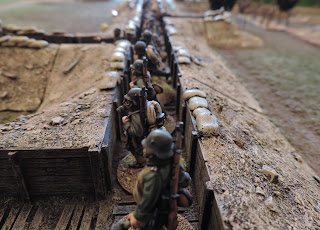 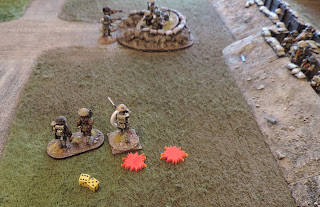 They Are Coming II

GHQ/OHQ Communique
A change of fortune. Game on! 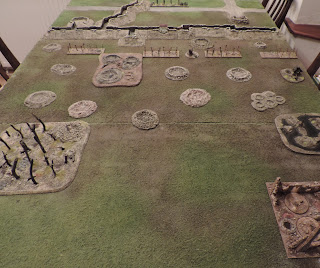 It will not be long. The bombardment was short and sharp so they are not far behind, most of the shells fell on the wire but the shells on the trench line included gas. I am sure the chaps can take it and will give a good account of themselves in the hours to come. We wait..................
Lt. Reginald Rawnsley, OC, 2nd Platoon, Pendeford Pals Battalion, 46th Div.
Posted by Phil Robinson at 12:07 No comments:

New Year In The Trenches II

During the week I managed to paint the Ironclad Miniatures trench sections I had modified, pictures below 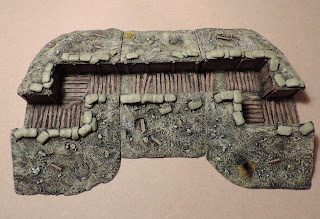 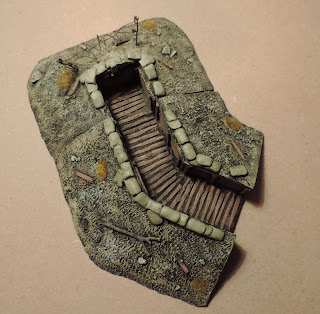 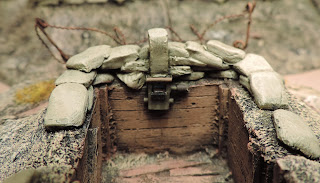 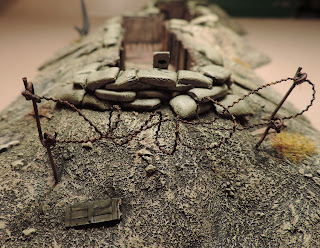 GHQ/OHQ Communique
Due to real life domestic requirements the planned Great War Chain of Command game, They Are Coming has had to be postponed for a week, the suspense continues............................

We wait, we know they are coming, the scouts sent out by Sergeant Boot confirm our worst fears, the front line is overrun. They come but we are prepared, we will hold them for as long as we can.
Lieutenant Reginald Rawnsley, OC, 2nd Platoon, Pendeford Pals Battalion, 46th Div
11.01.1918 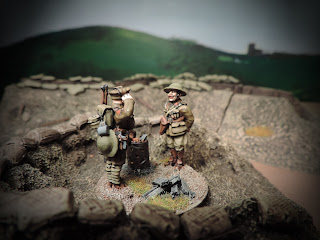 We have overrun the British front line defences, our follow up battalions have our flank. We must now press on to the next line, I believe the Tommies call it their main battle line. We expect a strong opposition here, we also lack the element of surprise now, but our men are in fine spirits and we firmly believe we now have our enemy on the run.........................
Leutnant Johan Weiss, OC, Sturm Abteilung Koch
11.01.1918 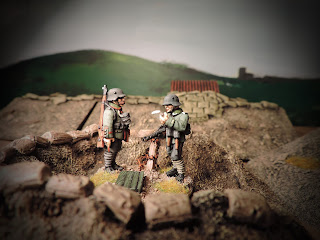 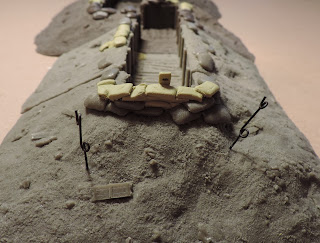 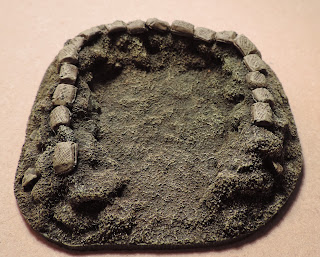 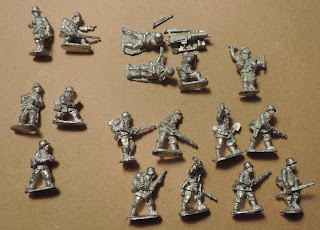