Finally got around to playing a solo game using the new Rapid Fire Reloaded rules, I opted for a small game to aid my way around the rules. I set up a small 4x3 foot table and used the following forces...

One company of three Panzer IIIs with long 50mm guns.

Three motorised infantry companies of 8 figures each plus HQ 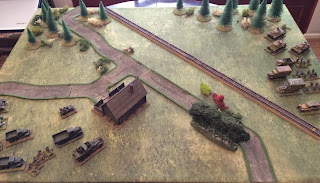 In turn one both sides infantry and anti-tank support will enter the table the location decided by a dice throw.

Germans, 1 or 2 and they will enter by the wood in the top right corner, 3 to 6 in the bottom right corner where the train track exits the table.

Russians, 1 or 2 and they will enter the road top left through the wood, 3 to 6 the road in the centre.

In turn two the armour support will arrive again dicing for the entry point but also dicing to see if they arrive, 5 or 6 on the first attempt a fail means they enter in turn three.

Turn one the Germans diced to come on first entering at the rail track, sending one grenadier company and the PAK40 along the railway embankment which afforded soft cover while the other company made its way across the track to row of trees which provided concealment and soft cover.

The Russians came on the middle road, one company heading for the woods top left in a flanking manoeuvre and to support the tanks should they appear there. Another company was sent to occupy the izba with the other and the HQ following up in support while the SU57 advanced down the road.

Turn two saw both sides armoured support enter in the same place has their infantry.

Turn three saw both sides engage, the SU57 was damaged by a shot from the PAK40 but passed its resulting morale check. The T34s and lead Panzer III traded shots with no results, either a miss on none penetrative hit.

Turn four saw the flanking infantry continuing their advance through the woods finding it tough going, meanwhile both sides were suffering myopia, read poor dice rolling by yours truly.

Turn five saw the Germans in the ascendancy, the SU57 was destroyed by the PAK40 and one of the T34s was damaged and forced to retire a move and do nothing in its next turn. The third Panzer III engaged the troops in the izba to no effect, the first three casualties have to be on the building. I was uncertain if I was interpreting this correctly, to remove a base of infantry (two figures) for instance you have to do two casualties in the same turn there is no carry over, it does not say in the rules if this also applies to buildings, i.e. you need to do the three hits in one turn.

Turn six was another uneventful turn for both sides, I diced for and got a turn seven where the Panzer III destroyed the remaining T34. Game over for the Russians really.

Some shots of the action 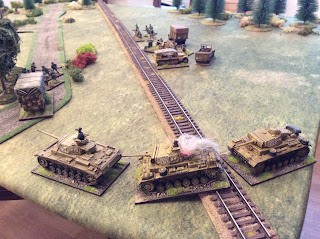 Not on fire obscuring symbol 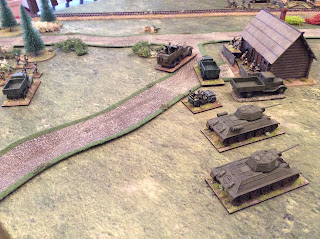 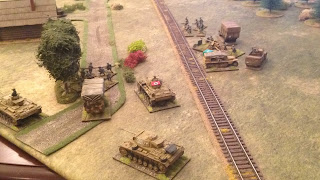 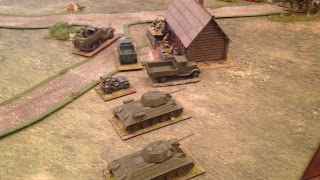 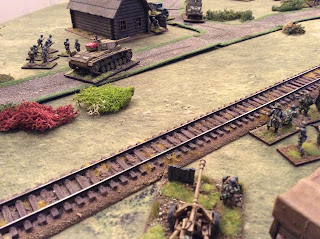 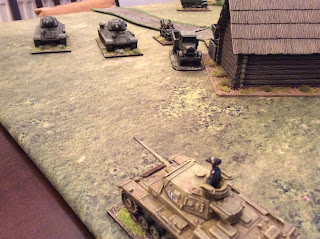 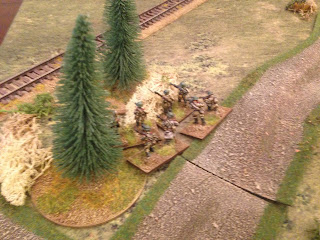 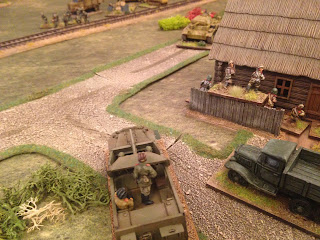 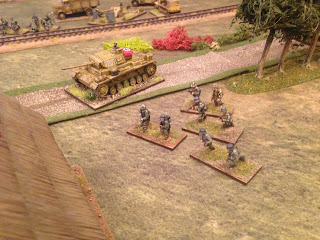 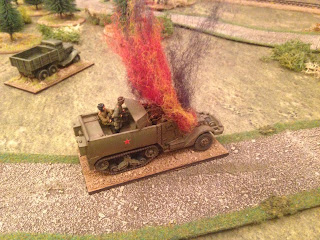 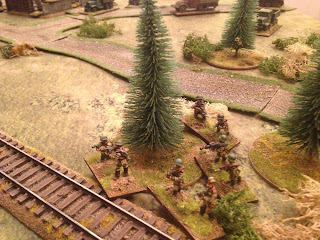 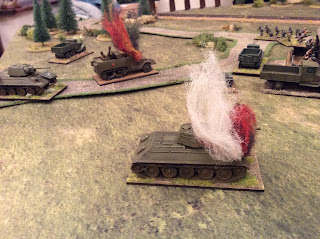 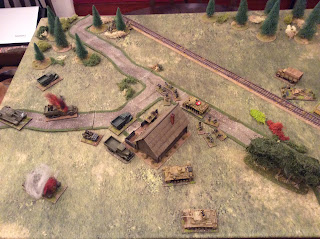 Well not having to cross reference the scores on the old chart is certainly an improvement for us of advanced years, on the old eyes especially, although I do feel it makes causing casualties a lot more random. Having to cause the two casualties or three in the case of most support weapons does make them more durable than RF1 or 2. I have not really made my mind up on anti-tank fire and HE does not seem as effective, but again in such a small game and my dice throwing it may not be a good measure.

Overall I thought the game flowed better, seven turns in two hours with a coffee break and having to reference the rules sounds fairly rapid to me and I am sure that they would have been a lot better with an opponent, unless they rolled just has bad as myself of course :~)

I am biased having being a fan of Rapid Fire from the outset but they are certainly worth the £5 asking price, nice one Colin and Richard.

Until next time KBO.

For the first post of the year I thought that I would post photos of the recent additions to the 20mm World War II collection.

Finished the back end of 2020 this railway station for the fictional German town of Rahnstadt, an EBay purchase, either Faller or Kibri I can't recall which. Duly painted and made good, lots of these second hand buildings have been lifted of railway layouts so can be a tad worse for wear. 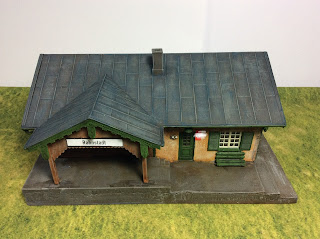 Symbol deleted in case I wish to post it on social meedja, never can tell what they will boot off these days. 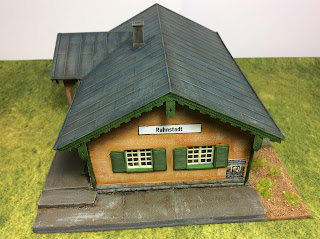 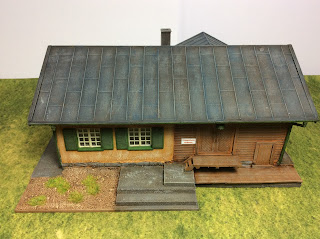 This year I have finally got around to doing this Sig33 150mm infantry gun from SHQ with the crew coming from AB Figures, base from Warbases as ever. 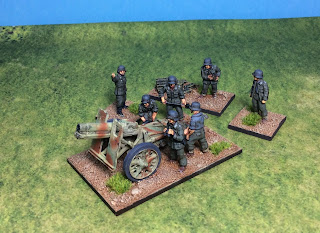 Purchased and painted this year! is this Trumpeter models Jagdpanzer IV with an RB barrel. 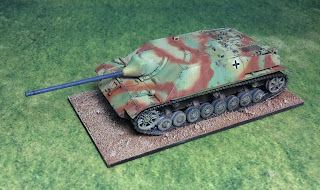 While I was on the Lancer Miniatures website to order the barrel for the above, I also ordered this ruined Russian building with an anti-tank gun position.

That's two items purchased and painted in the same month, I doubt it will  be repeated anytime soon.
I have not managed to get around to playing a game using Rapid Fire reloaded, maybe next month?
Until next time keep safe and KBO.