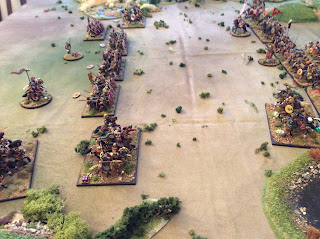 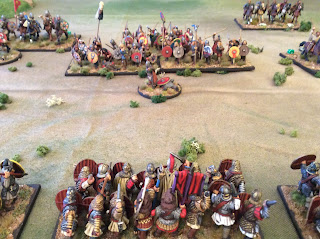 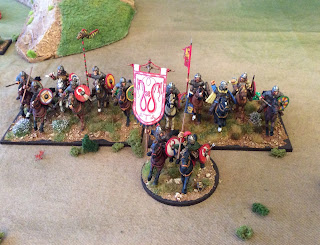 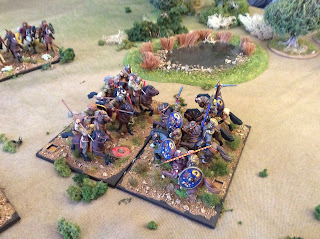 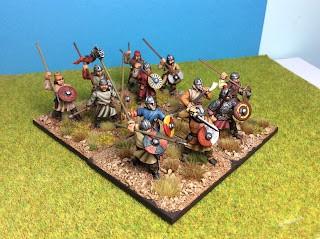 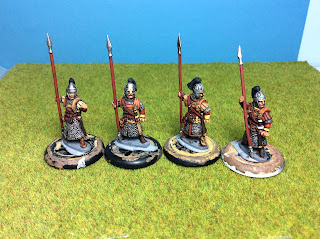 This one's for you Nigel, you beat the bastard once, you can do it again, no passaran!

OHQ's turn to host this week, Dave came over for a Spanish Civil war game, we used Rapid Fire rules with some of the modifications suggested by Mark Hannam and a fire chart to replace the unwieldy one in the current version, gleaned from the Rapid Fire Facebook page.

The Republican aim was to neutralise a Nationalist bunker which dominated a strategic railway line, various air attacks had failed in this task.
The attack would be carried out by an Anarchist militia platoon, with support from an army 75mm field gun, an armoured truck and a BA10 armoured car. The bunker would be assaulted by a shock squad armed with dynamite and a captured flamethrower.
Facing this was a platoon of Spanish Foreign Legion, supported by a Pak36 anti-tank gun with a HMG emplaced in the bunker. 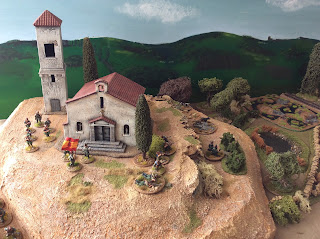 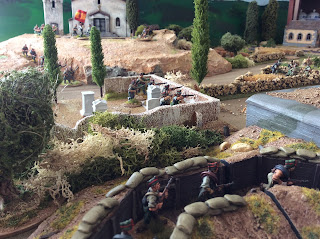 The defenders learn of an early dawn attack and stand too 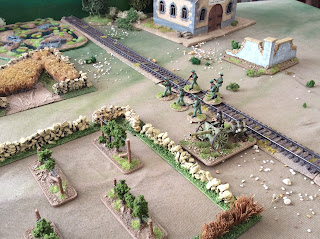 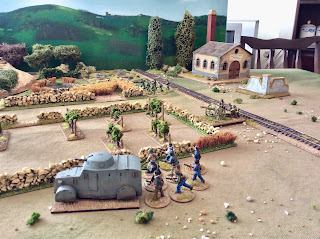 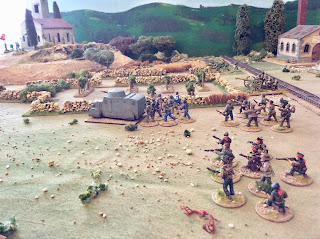 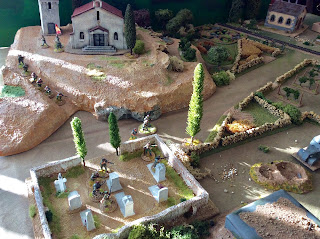 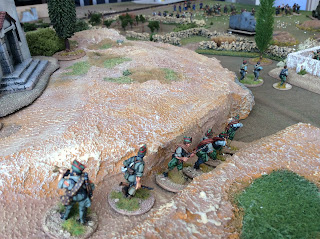 The Nationalists move troops forward, too little and too late 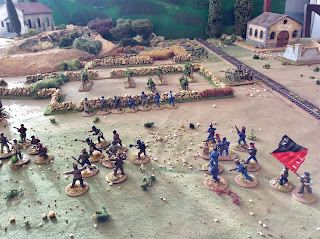 The Anarchists surge forward to steal the prize

An overwhelming victory for the Republic, as is my want when defending I waited far to long to deploy additional troops letting my forward squads together with the Pak36, which in its turn deployed far later than it should have, get decimated by concentrated vehicle and infantry fire. No blame on the dice gods this time I hasten to say.