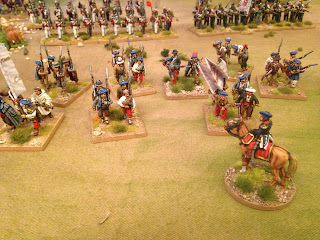 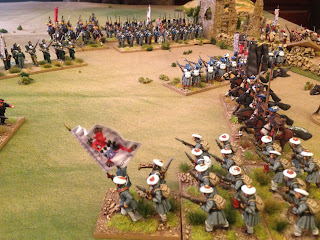 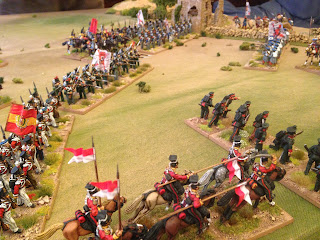 I recently completed another base of Perry Miniatures, Royal Marines, the battalion now has three bases, so a small unit for our game this week. 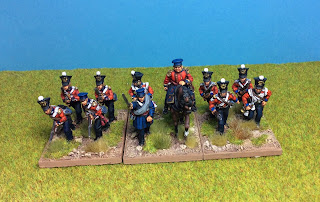 Inspired by the ones I saw on RogerC's Blog I thought it high time the artillery got some transportation. The limber was sourced from Hinds Figures, the mules from Tiger Miniatures, the mule handler is a Perry Miniatures infantryman painted in artillery distinctions, bases from Warbases of course. I also got from Hinds a limber for the Isabelino horse artillery, the horses I will source from Front Rank Miniatures in due course, in the meantime I have converted a heavy cavalryman to ride one of the limber horses. 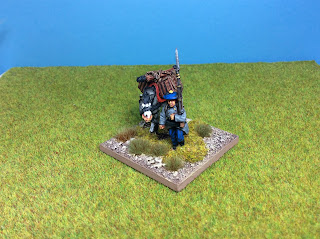 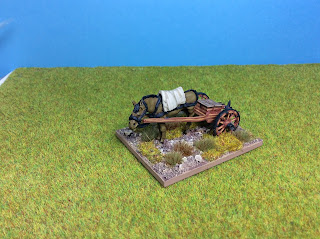 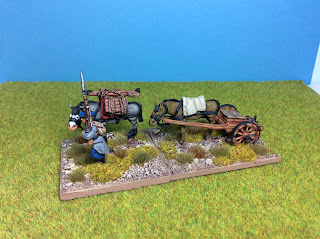 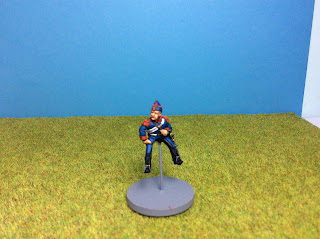 A while ago Dave's son Matt kindly gave us some matting, hanging basket material from a garden centre I believe, I have had a piece cut out for a few weeks, with the upcoming War of the Triple Alliance project I thought this would make an excellent area of swampy/flooded ground so set to. I am pretty sure this will also double for marshy ground on the Eastern Front 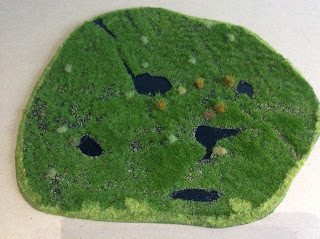 I will be back later next week with a report on how the First Carlist war action went all being well. 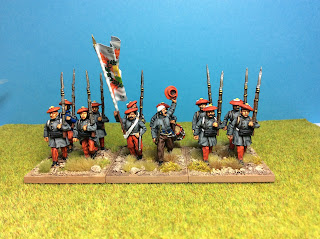 I told myself that I would not do a retrospective this year, but it will be interesting (well to me anyway) to have what I did all on one post so here goes.

There may well be other figures and terrain bits I did not take note of as well, quite a productive year  I thought, I am surprised that I managed so much.

Going forward  I intend to give the First Carlist War a boost during January and February, await some new releases off Empress to progress the NWE World War Two project in the meantime I will add to the Italian front, I also have three 20mm Panthers built and primed and a German railway station for the Eastern Front to do at some point. I must also complete the Post Roman Britain expansion, I have 12 Saxons to do and 8 Briton foot and cavalry, I think the Third Century will go to the back for a while as I intend to try and keep up with the early Byzantine releases from Aventine. I have no immediate plans for the Spanish Civil War though I do have figures in stock should I choose otherwise. I also have several builds for Spain to do also.

As if the above is not enough to be going on with, I decided over Christmas and the New Year that I wanted to add another horse and musket period for games here at OHQ, Dave has this period pretty much covered so it was difficult not to duplicate. A couple of years ago I nearly revisited the War Of the Spanish Succession but felt it was to much like the Seven Years War and not suitable for my restricted table  size, I did think about it again but common sense sort of prevailed and I looked at the Great Northern War, although there are cracking figures available I could not see them or the period holding my interest. I think I am an Ancient and 19th/20th century guy at heart.
Then the news that Alan Perry was doing a War of the Triple Alliance range broke, my love for the esoteric was reignited, here we go!

Well I certainly hope not. First game of 2020 and first defeat, a Great War game using Bolt Action rules, one turn of all the German order dice coming out first and nothing to capitalise on, then next turn most of the Allied order dice coming out first.
The writing was really on the wall from this turn on, adding to this it was discovered that the  Allied bombardment had destroyed practically all the wire in front of the village, at least the men had been let off lightly. So all the Germans could really hope for was to delay the Allied advance, it was all up by turn five with the Tommies occupying two buildings with no hope of the Germans evicting them and nothing to halt the advance of the MkIV.
We played out turn six and called it a day without dicing for an extra one.
Didn't take many photos, they would have all been a bit samey anyway, but here they are.... 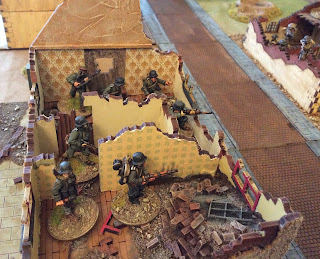 We Are Being Overrun I Think