Time For A Ruin

I have a lot of figures on the go for commission work at present, so in my downtime I want a break from the little men. I picked up ruined house three from the excellent Charlie Foxtrot Models at WMMS back in 2016, so it is way past the time that it should be assembled, so I have set to.
The base is a bespoke one from Warbases, the cobbles are Wills, the flagstones are Slaters placticard and the rubble is again from Charlie Foxtrot. Th outside walls have been rendered with birdcage sand and grit. 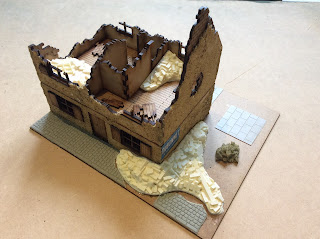 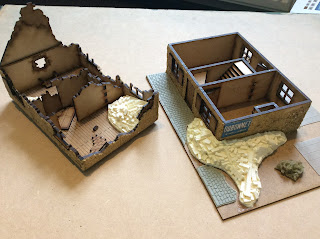 It Seems A Little Quiet II


We played the surrounded scenario from the rule book, the dense terrain made it a very challenging game, with line of sight being at a premium. The Nationalists in the village should really have taken the fight to the Republicans, instead they sat pretty to await the arrival of the reserves, which turned out to be a big mistake. By the time the reserves arrived the Republicans had closed down the village practically, however help was on the horizon. I decided that air support would be a random event, when three order dice for either side was drawn consecutively a dice off would occur to see which sides plane appeared, the Nationalists would add one to the score, having air superiority. They duly won the dice off, but disaster struck, the rookie pilot strafed the wrong target, pinning the Nationalist T26. This sort of luck dogged the Nationalists throughout the game, resulting in a resounding win for the Republic.
A challenging game, the Republic rose to the challenge, while my Nationalists ducked it.

It Seems A Little Quiet 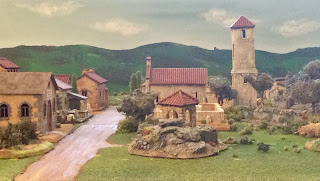 While Blogger seems to being kind to me for a change, thought I would get another post in, just in case.
Recently completed figures for Tuesday’s game here at OHQ. 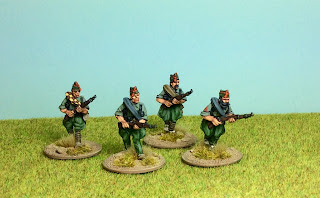 My much neglected Wars of the Roses project is being dumped again, after a recent game Dave and I were reflecting on past figure collections and our Mike’s Models 15mm French Italian Wars came up. Dave said if he started a new project this would be it, so a joint project was agreed upon, Dave would raise a force for the Borgias whilst I would utilise my WotR figures for a Florentine force. At least now with only having to paint one side and Dave to encourage me they will finally get painted.
Of course I have had to order some more Italianate figures from the Perry's, so far heads, mounted commanders, heavy infantry, swordsmen, additional pikemen to augment the plastics and mounted crossbowmen.
Check out Dave's DAVES BLOG for the opposition so far, meanwhile my progress is below, all Perry Miniatures except the hound which is Steel Fist both on bespoke bases from Warbases.

Posted by Phil Robinson at 09:04 15 comments:
Email ThisBlogThis!Share to TwitterShare to FacebookShare to Pinterest
Labels: Painting, The Medici

Some Empress Miniatures Spanish Civil War Republicans for next weeks game here at OHQ, we shall be using Bolt Action rules with suitable amendments for the conflict. 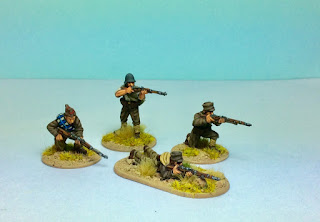 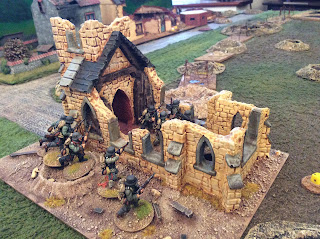 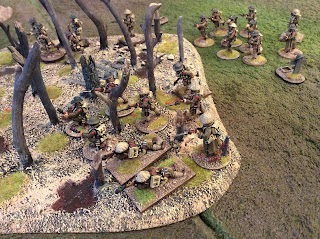 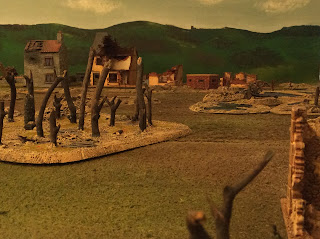 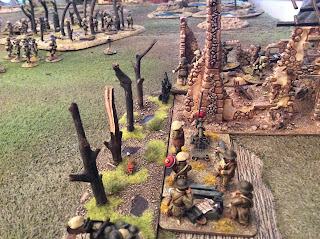 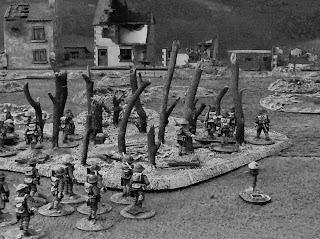 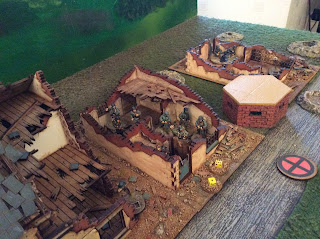 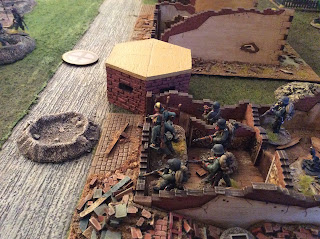 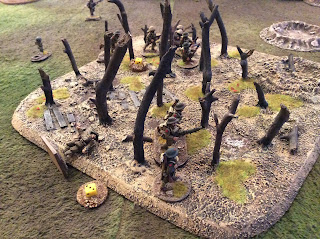 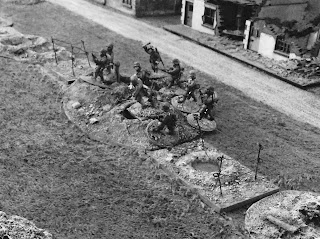 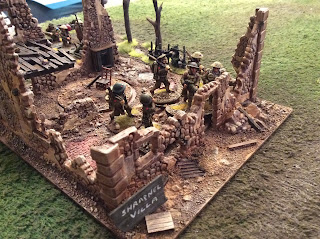 TTFN
Posted by Phil Robinson at 01:07 22 comments:
Email ThisBlogThis!Share to TwitterShare to FacebookShare to Pinterest
Labels: Chain Of Command, Games, The Great War

The year ended with the death of my eldest sister, Ann, she was admitted to hospital the Wednesday before Christmas and passed away the following Thursday, just over a month after her husband Bernard.
Needless say we are all in shock at the suddeness of it all, with Christmas over we all reflect on the past year and the new one don't we.
I am not getting any younger myself and wonder if I should spend the time I spend blogging on painting instead, it seems to take longer each time, my IPad and Blogger just don't communicate a lot of the time, the Kindle is next to useless these days as Silk never seems to get supported anymore and I find uploading pictures is a chore a lot of the time in either device.
I shall take this month out and consider it, anyway on a more cheerful note I trust you all had a splendid Christmas and wish you all a happy and prosperous New year.