To win the game the Russians must get one tank and a company of eight infantry on the rollbahn at the opposite end of the table, we have found in previous games that this is a tall order even on a 6x4 table. In the snow it is nigh on impossible unless the infantry can ride on the tanks, this isn't mentioned in the historical write up or the scenario description, even so the chances of getting a full company that far is also debateable. None the less we pressed on, as the aim was to give Rapid Fire Reloaded a run out with it.

A photo an annotated montage of the game follows if Blogger stops arsing about again. 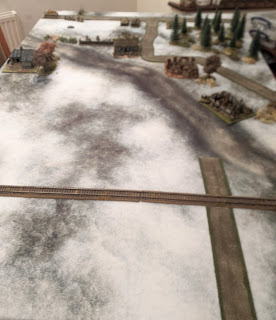 The Russian objective by turn ten the T-junction at the far end of the table, a junction to far? 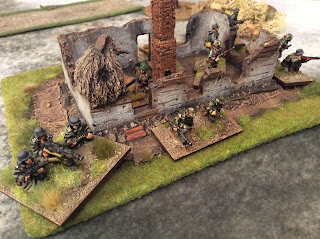 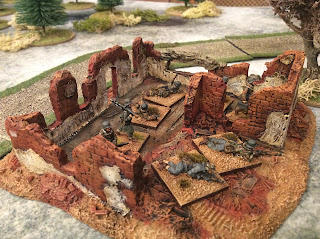 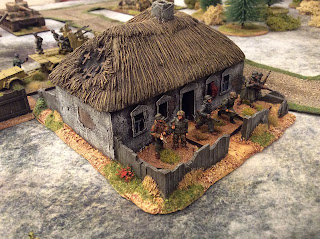 The German infantry in reinforced ruins await the Red onslaught. 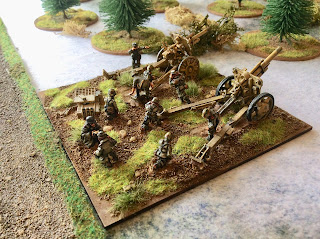 German 105 battery, actually off table on our 6x4, we will see later that the battery was to give great execution. 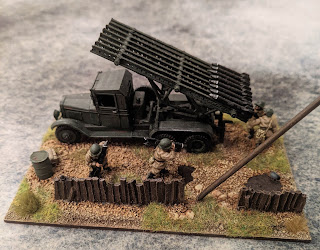 In reply the Russians have a Katyushka battery, also off table. We found that it was next to useless using RFR until its final shots. 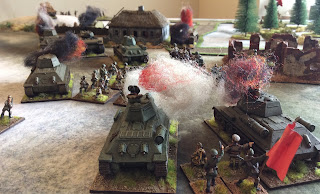 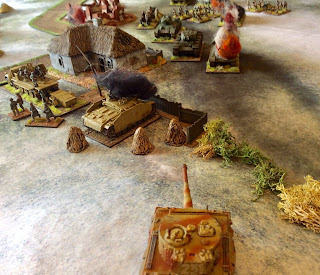 The German tiger takes out a third in short order. 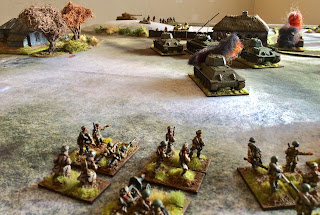 The Russian infantry struggle forward through the snow. 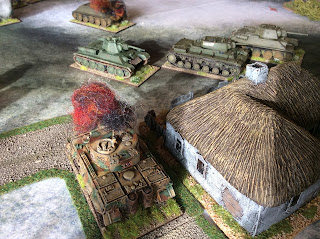 By turn nine the German infantry were all but destroyed, but with reinforcements and a further Tiger now on the table all was not lost but there was no way the Russians could get a tank and an infantry company in place by turn ten to win the game.

A win for the Germans in game terms but a moral victory for the Russians we felt.

I will work out  representative forces using Battlegroup rules and play out the scenario again in April to see how it pans out.

PS. I gave up trying to use the caption function, a complete waste of time, its has never worked consistently since it was changed.