Last week I was having a tidy up as you do, pushed to back of the shelf were four First Carlist war Carlist infantry and four British Royal Marines, spares? Err no I still had a base of each to do to finish the respective battalions, I have finished the Carlists now, the Marines will be next when I have finished the Triple Alliance Brazilian mountain howitzer crew.

The Alava Battalion of Guides

Inspired by Herr Barratsteins build for his Cold War Gone Hot project (  Clicky  ) I have revisited a building for pre WW2 Bikkelstein I started last year and completed it. 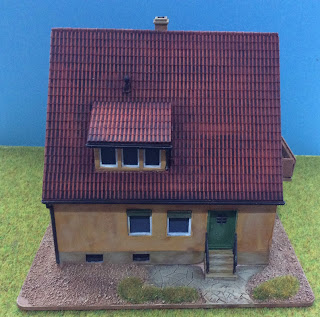 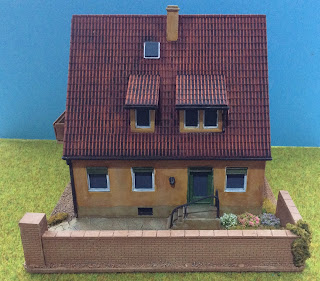 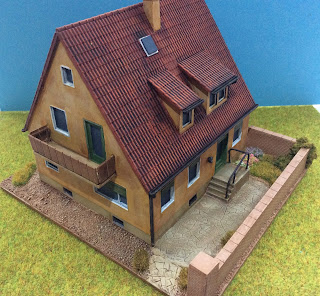 I am currently building two German vehicles for the World War Two collection so I have painted the AB Figures crew ready to man them and thought I would post a photo before they are engulfed by steel. 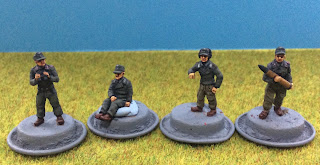 Now I did say "nothing new for 22" but that splendid fellow Mr. Barton has gone and made Americans in greatcoats and M43 uniform, well you just have to have some don't you? Queue packs in the post, oh and three Shermans, oh dear never mind :~)

Hopefully games at OHQ will be returning next Tuesday.