By this I mean, yes I came second again in today's First Carlist War game using Black Powder, our go to rules for horse and musket games these days.
Up to turn four things looked to be going swimmingly for Don Carlos's boys, taking everything the Isabelino forces could throw at them, musket balls, cannon balls and even dastardly rockets from the mercenaries from Perfidious Albion, which were uncharacteristically accurate, only missing once in the entire action, neglecting the couple of duds.
Despite sending the Princessa regiment off in flight and the arrival of the second brigade, things took a turn for the worse for the Carlists, with half of their units shaken the brigade who had borne the brunt of the fighting were forced to retire leaving the new arrivals at the mercy of the government forces. Had the new arrivals been more effective things could have been so much different, but they were more or less pinned in place by a cavalry regiment and a few skirmishers, by which time the Isabelino's bought up fresh troops in support.
A few game pictures to give you an idea of the action and to show off my cloth for the table, now back to 6 x 4. 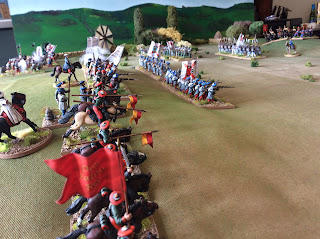 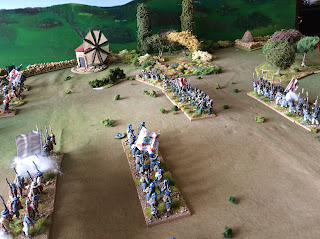 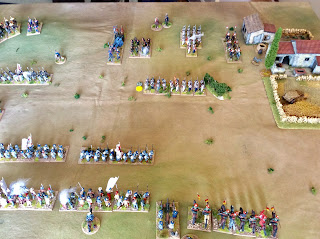 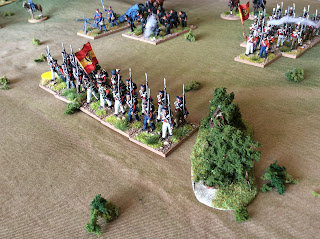 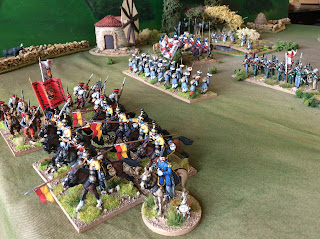 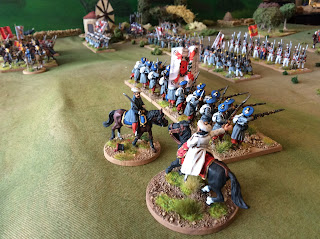 We are off to 'Tother Partizan on Sunday see you there maybe.