Following the untimely death of Baldinus Maximus, the throne has been claimed by his son Baldinus Minimus, however Bicclius Magnus AKA Et Argentum Vulpes has been raised to the purple by the northern legions and is marching on Rome with a contingent of Goth allies. Baldinus is also on the march north, the two sides have met at the pass of Rawnsla.

Baldinus has positioned his forces between the high ground on his right and the wooded but boggy ground on his left. Battle is soon joined, the forces of Bicclius weathering the storm of javelins, arrows and ballista bolts been thrown at them. Fighting is fierce, no quarter asked and none given, at first things appeared to be going well for the young emperors forces, but slowly the tide started to turn with many units being pushed back. The forces of the emperor had started to turn the fight around when disaster struck, the young emperor was seen to topple backwards clutching at a Goth arrow protruding from his throat. News of the new emperors demise quickly spread and his forces lost heart and put themselves at the mercy of Bicclius Magnus their new emperor.

Not many photos I'm afraid the light was not being kind today, we will turn the table around next time to see if it will improve things. 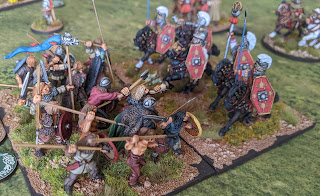 A Goth warband of Bicclius in combat with Baldinus's Equites Singulares 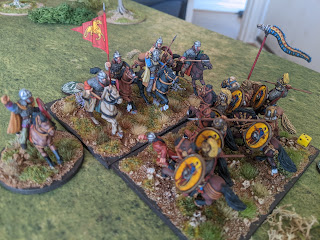 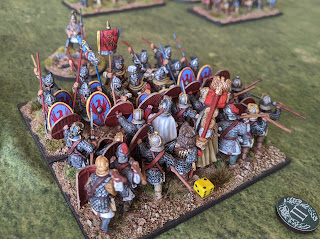 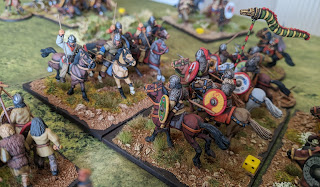 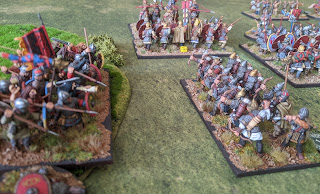 A Goth warband of Bicclius turns the flank.