A brief AAR of a recent late WWII game here at OHQ using the rather good Battlegroup rules and the Fall Of The Reich supplement.
We used a scenario from the mini rulebook you can buy if you are not interested in the original Kursk campaign book, it is entitled Attack/Counter-Attack which fits the scenario of a German Battlegroup breaking out (more likely) or indeed breaking in to the Soviet encirclement of Berlin. The Soviets have a force intercepting them, each side starts from opposite corners rather than edges.
The Soviets being out scouted and losing an objective in turn one, had to take two chits, good start a "1" and a low ammo to be played on the Germans, apart from a Low Fuel Chit which forced a PanzerIV to be abandoned that was it, all rest being 2,3 or 4's! Don't ask about about dice scores, now it is taken for granted in our little group to throw ones on a regular basis, but come on now! I excelled even myself this game. I did not get to call in a single off table artillery strike, even when using a wire team, the Germans of course never failed and I was constantly harassed by 120mm mortar fire. The same went for their firing, quickly brewing up or forcing my T34's to be abandoned, although the accuracy of their fire did tail mid way during the game, but due to the innumerable pins on my units and equally dreadful firing  I was unable to capitalise on this. As you can see from the below picture after picking up my twelfth chit I was over my BR rating, good night Berlin. If I had picked "1" chits as well as I rolled 1's the story may well have been different, maybe next game. The brilliant thing about the Battlegroup rules is you can have a great game despite being annihilated because you know the result could easily have been the other way round.
That's enough waffle I will let the pictures do the talking. 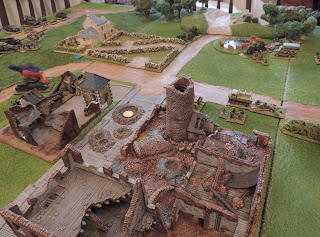 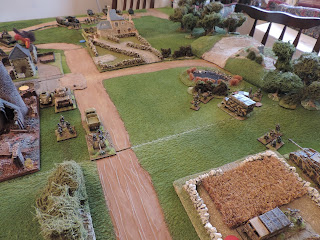 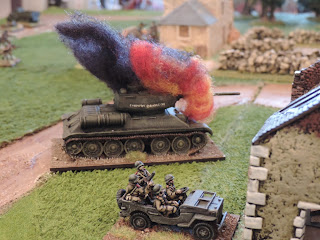 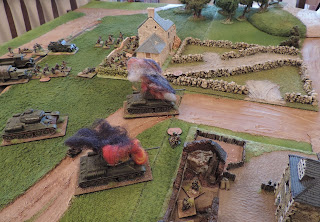 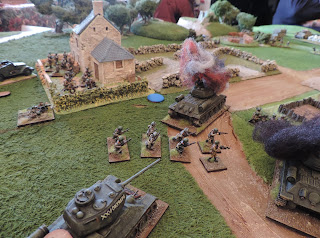 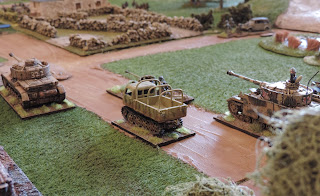 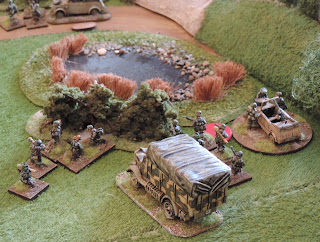 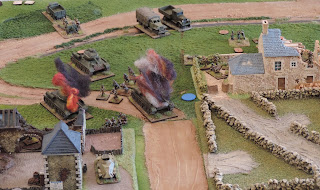 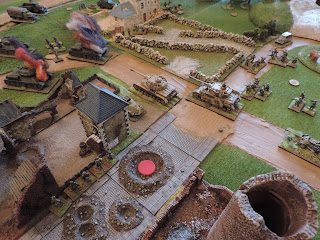 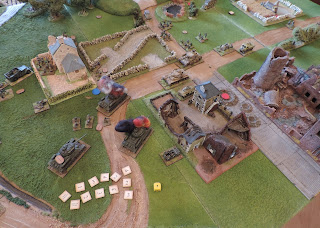 No game next week as Dave is in Scotland for a break and Claymore, a great show if you have the opportunity to visit do so you will not be disappointed.