I have recently been re-basing and sprucing up my Back of Beyond, Red force and as a antidote to painting Crimean Russians, Marlburians, Napoleonics I thought that I would paint up some more that I had never got round to doing, BIG mistake I have now got the Russian Civil War bug, dug out and started more, so quick and easy to paint, no lace, no facings and minimal equipment, also got some Musketeer Russians at Warfare to start a White force, as I already have some Copplestone ones. Shouldn't be really starting with this considering all the other periods I still have on the go, but at least I only have to paint the one side. I have also painted the freebies from this years Partizan shows. 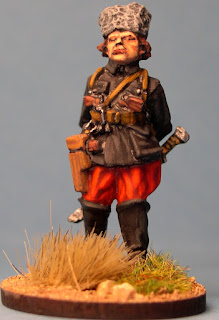 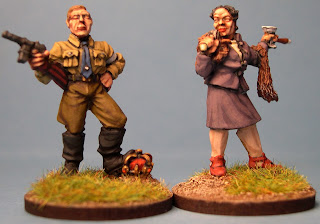 1938, the Royal Couple strike a martial pose for the Royal photographer.﻿
Visited Warfare on Sunday, this is the quietest it as ever been I thought, I understand that it was busier on the Saturday until after lunch when the Marie Celeste effect I mentioned in a previous blog entry took place. Great for punters to be able to get around but must make the traders consider whether they can afford the costs of two days, difficult times. I did my best has I mentioned above I got some Musketeer﻿ Russians from Gripping Beast, some more trench sections from Ironclad, John mentioned that he is on with the bunker again I look forward to seeing that in due course, I also got the Osprey on Red Armour in the Civil War from Caliver, all courtesy of EBay sales, always put my money from these back into the hobby, thanks folks.
Some bad news and good news I have got some Christmas work, this will make up for the close season at the Oval Racing circuit, good times. But it means working nights so gaming may be a little sparse in December has I also need to keep my commission work going at the same time, bad times. But at least I will be able to afford Christmas dinner : -)
Take care, till next time
Posted by Phil Robinson at 12:42 3 comments:

Wow another month gone. At the beginning of October I made the annual visit to the Derby Worlds, on my own this time as Dave was flying out to Oz the same day. Quite a good one I thought, it did appear a little quiet but then it did not appear to have the same afternoon desertion rate that I have noticed in shows of late. Picked up more figures to paint and two more potential customers, didn't get much for myself just two packs of Perry Wars of the Roses figures off Dave Thomas and some bases from Warbases, I also intended to get a couple more trench pieces for my Great War project from Ironclad but forgot my list.
A week later and it was off to Cyprus for a week, didn't venture out much mainly a chill out visit, this was our fifth visit so we have pretty much seen most of the sites, it was my birthday on the Friday so we booked an excursion to the occupied north, visiting
Famagusta 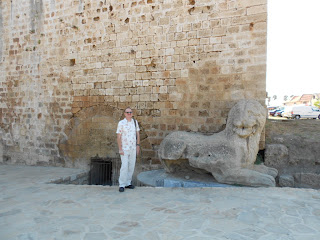 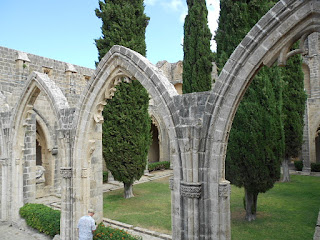 On our return we learned of the sudden death of my brother in law the previous day, made all the more sadder as it was my sisters birthday too.

Games wise have managed to fit in two games with Jon, an ACW game at Jon's with his superb figures and terrain, using Black Powder rules, and believe it or not I won! a rare occurrence for me and Black Powder. Here at OHQ we played a World War II Eastern Front game using Rapid Fire, another win for yours truly, Jon just didn't get the rub of the dice all game really. I have not managed to paint any figures for myself this month so here are some in game shots of the Eastern Front game. 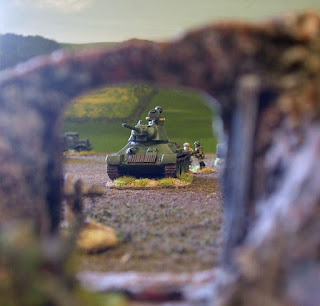 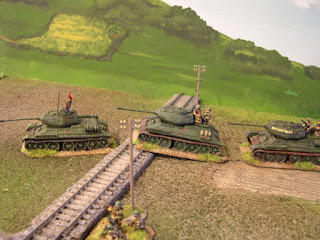 Soviet armour fans out to attack the German positions 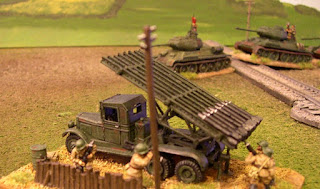 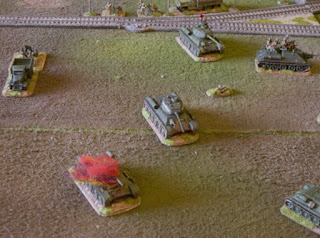 The Red's receive their first loss

The Germans lose their Stug III, whilst the Reds lose another T34 to the German Tigers 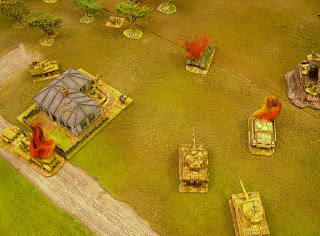 Overview towards the end of the game, at this point it was looking obvious that Jon's Soviet forces would not get the required Tank and Infantry company to the road by turn ten and fulfill their objective. 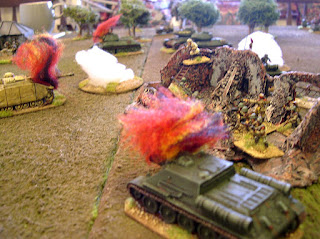 The Soviet attack on the right flank is bought to an halt also.

Till next time after my visit to Warfare, another game with Jon and who knows I may even have painted something of my own to show.
Posted by Phil Robinson at 18:08 1 comment: