Something New For Nothing New

Recent additions to my nothing new in 22 American Battlegroup, a M7 and M16. Both vehicles are from Ready To Roll and the crews are AB Figures. 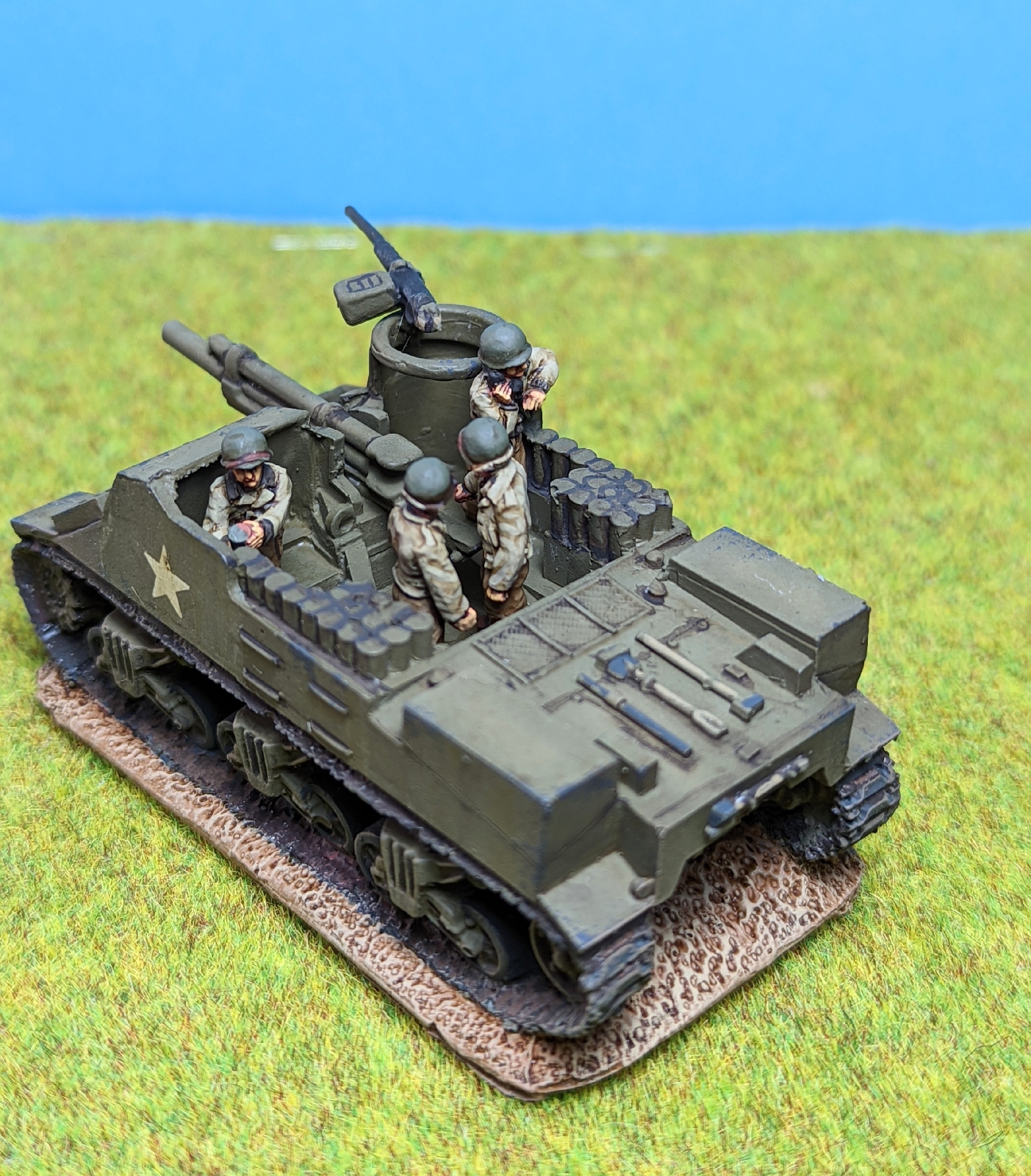 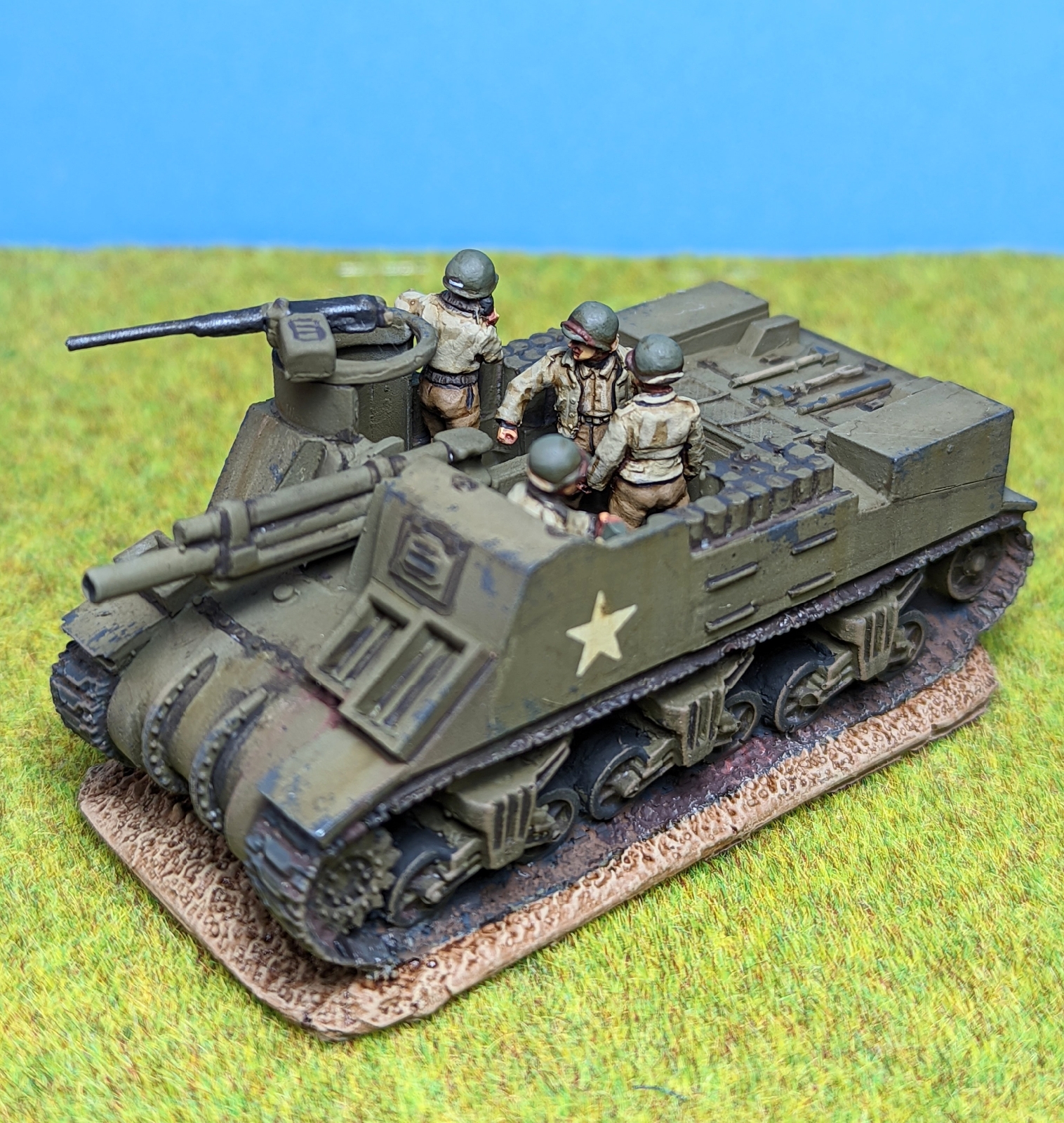 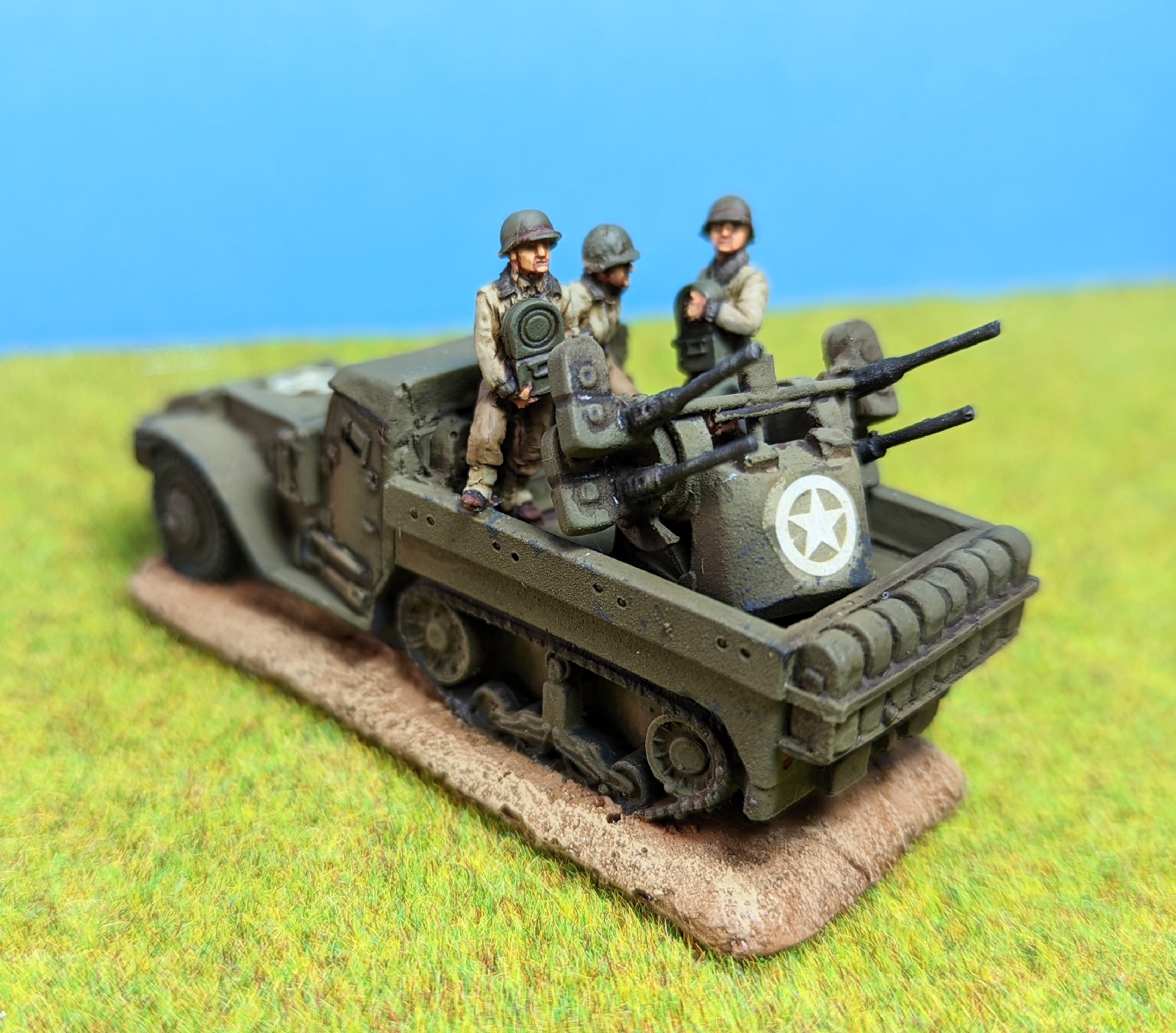 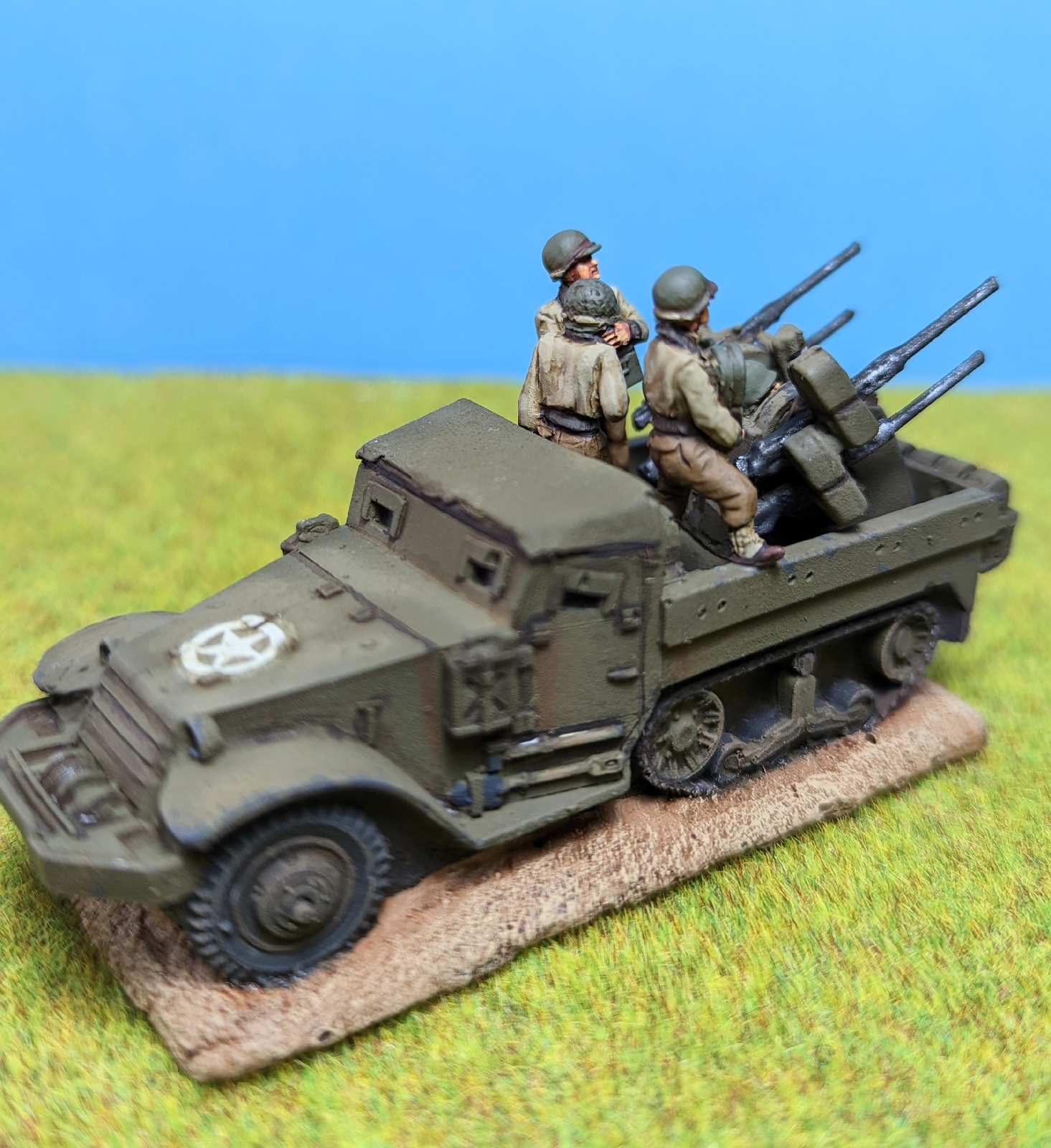 After a short hiatus due to holidays and COVID games have returned at OHQ.
Dave popped over today for a squad level game using Battlegroup rules using my 28mm collection of late war British and Germans. 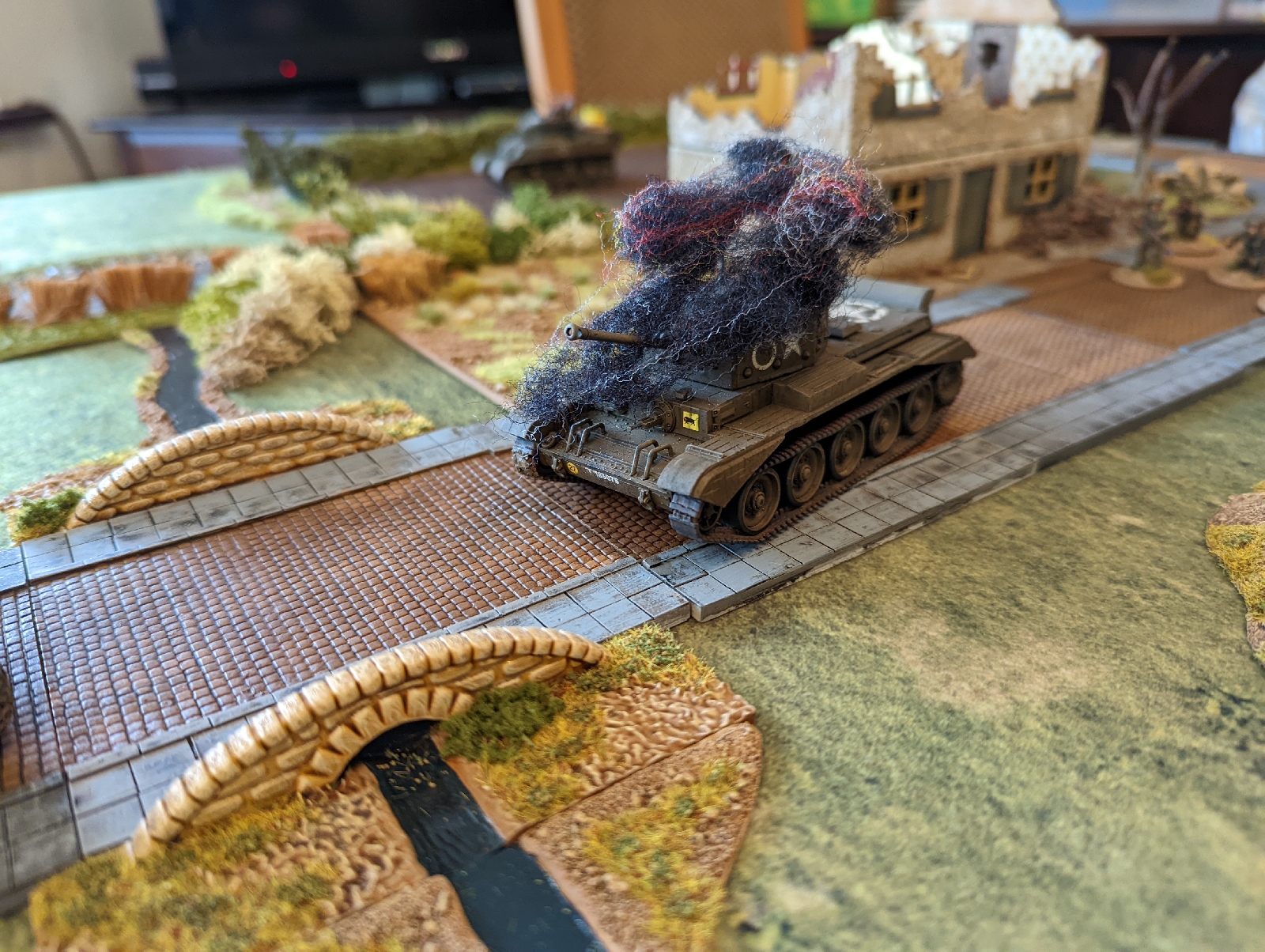 First blood to the German defenders. 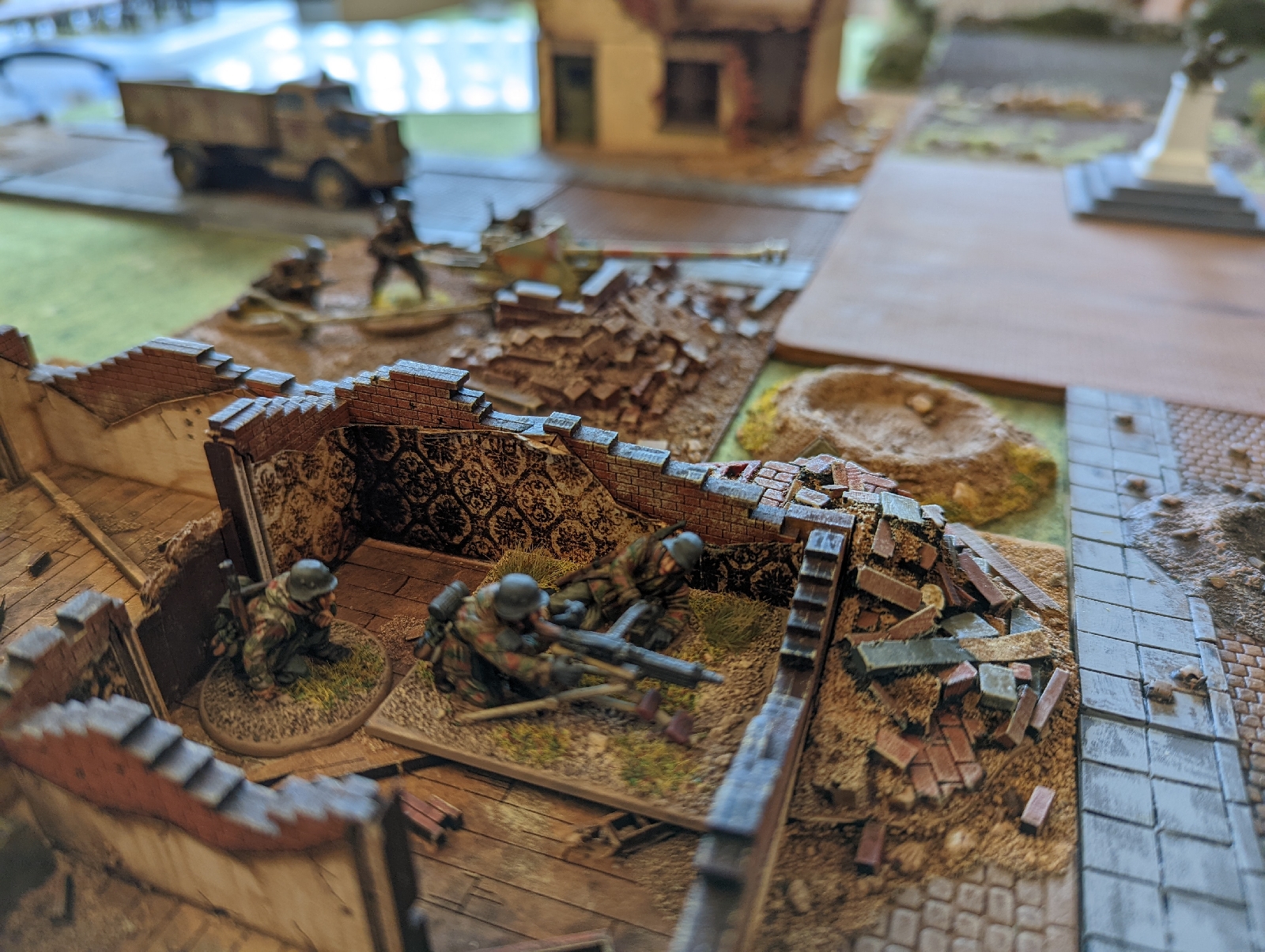 The German MG42 opens fire before becoming pinned for most of the engagement. 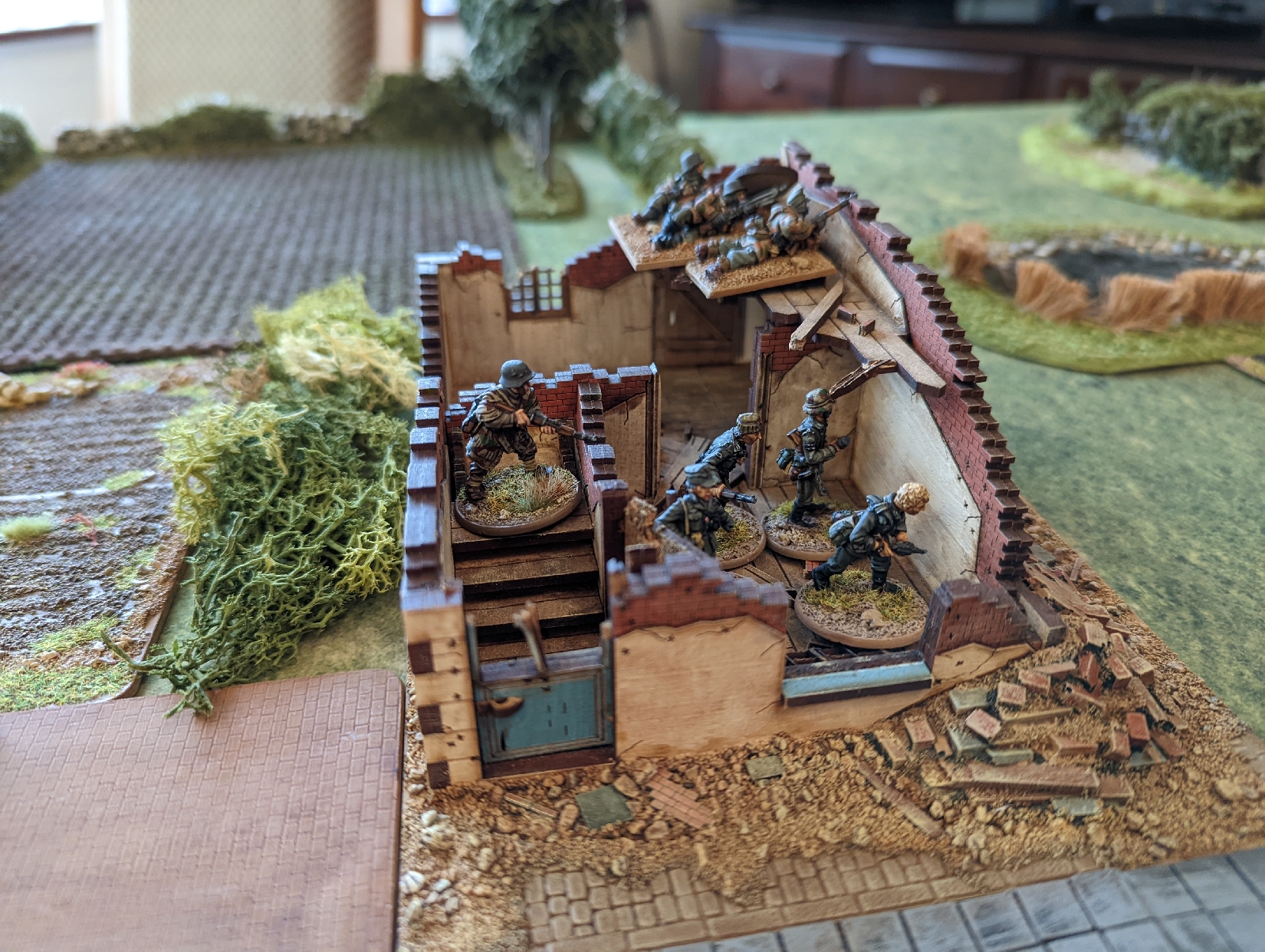 Steiner's foot patrol hold off the British attack, which was somewhat un-coordinated, something to do with lack of orders. 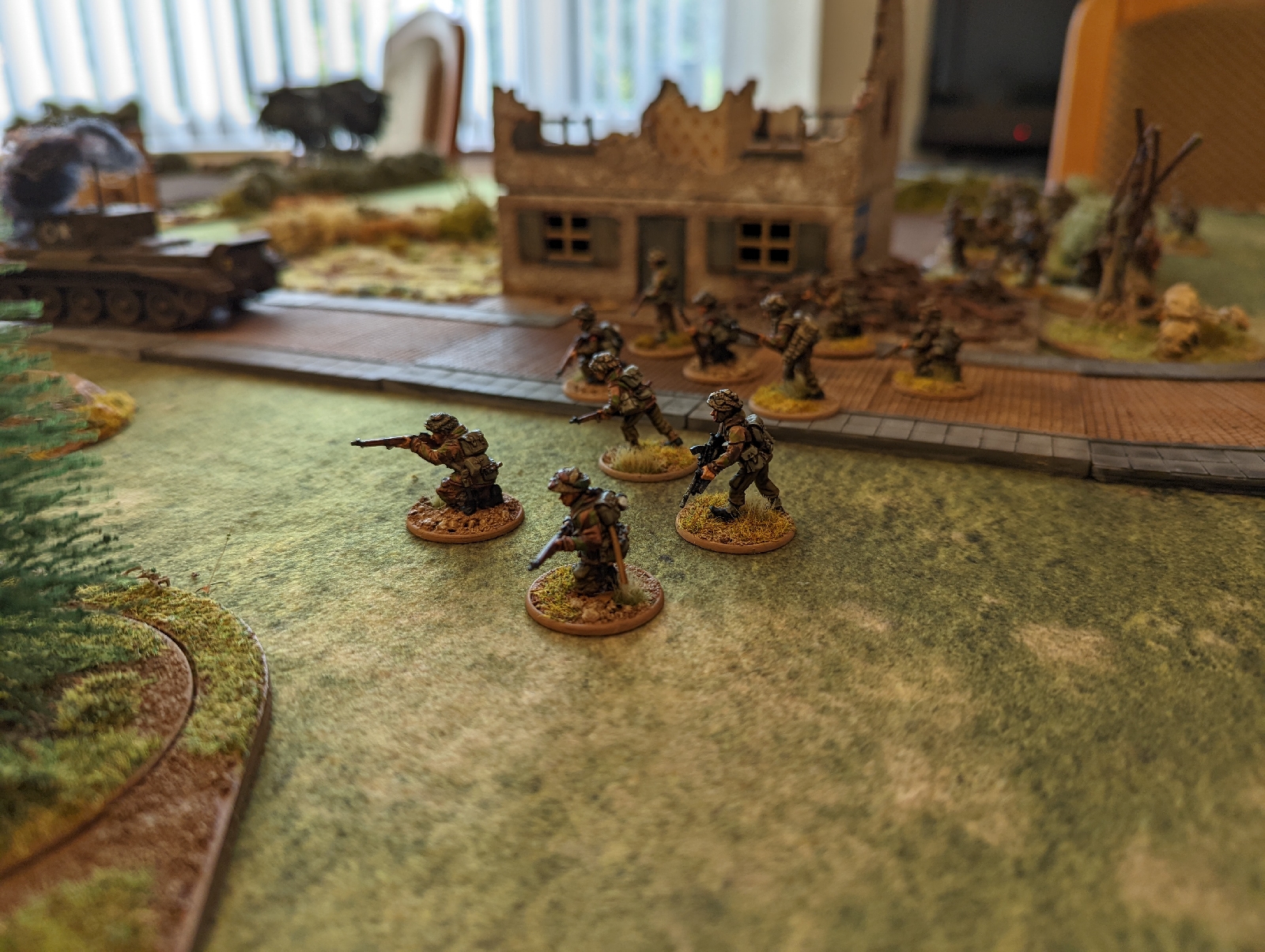 The British head out for cover of the copse and use it as a base to pin that German flank. 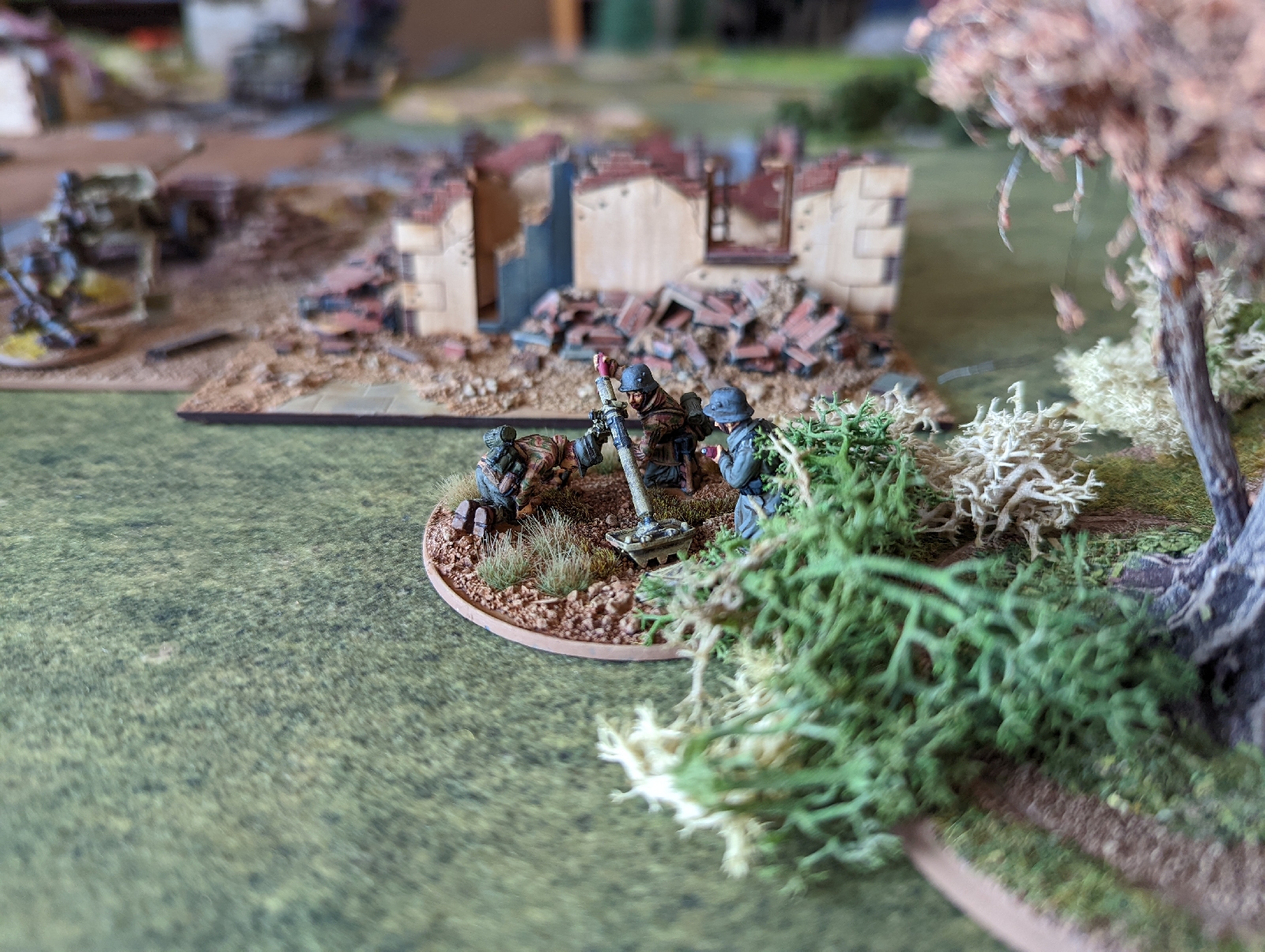 Accurate German mortar fire slows the British advance on the other flank. 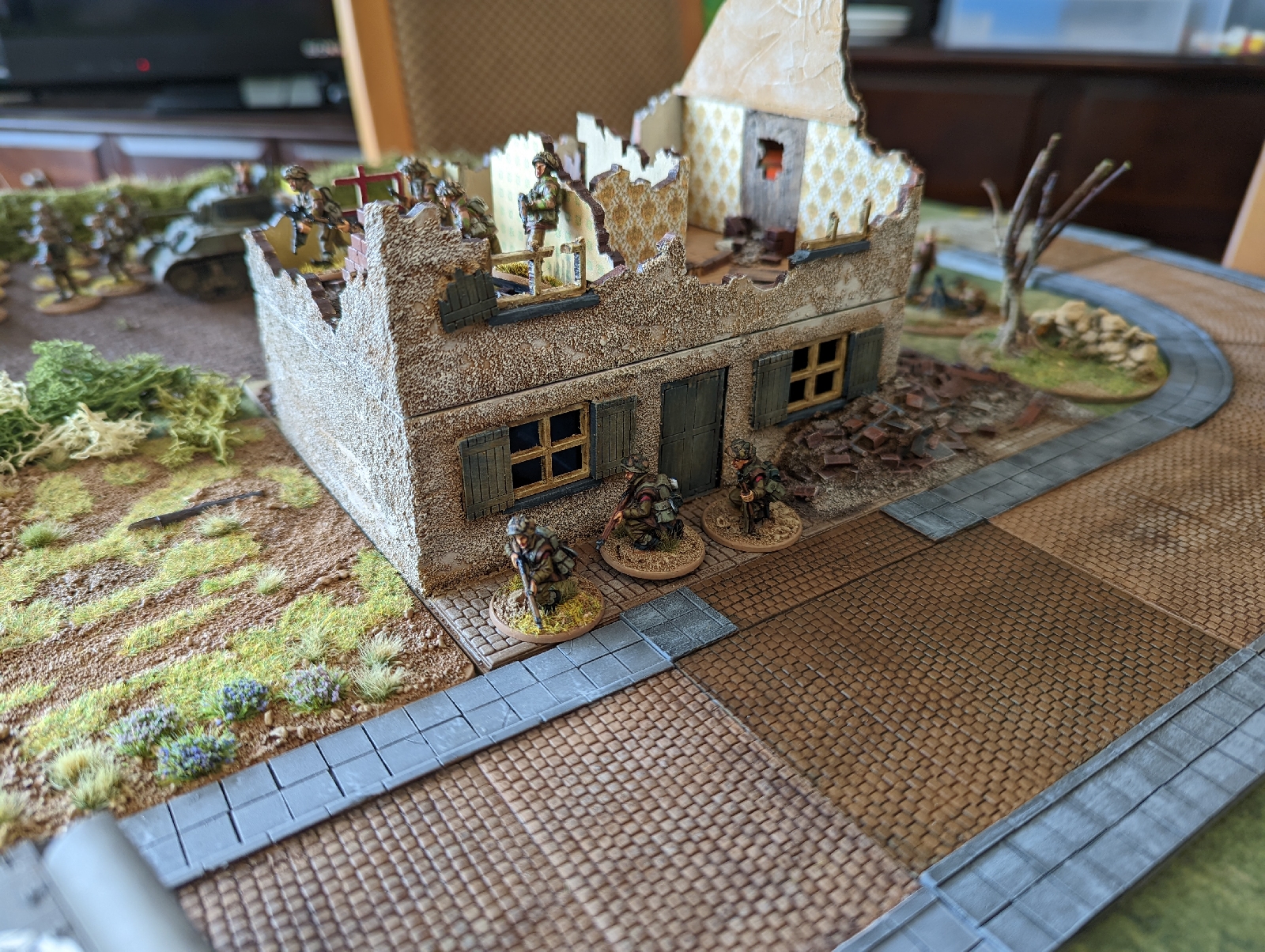 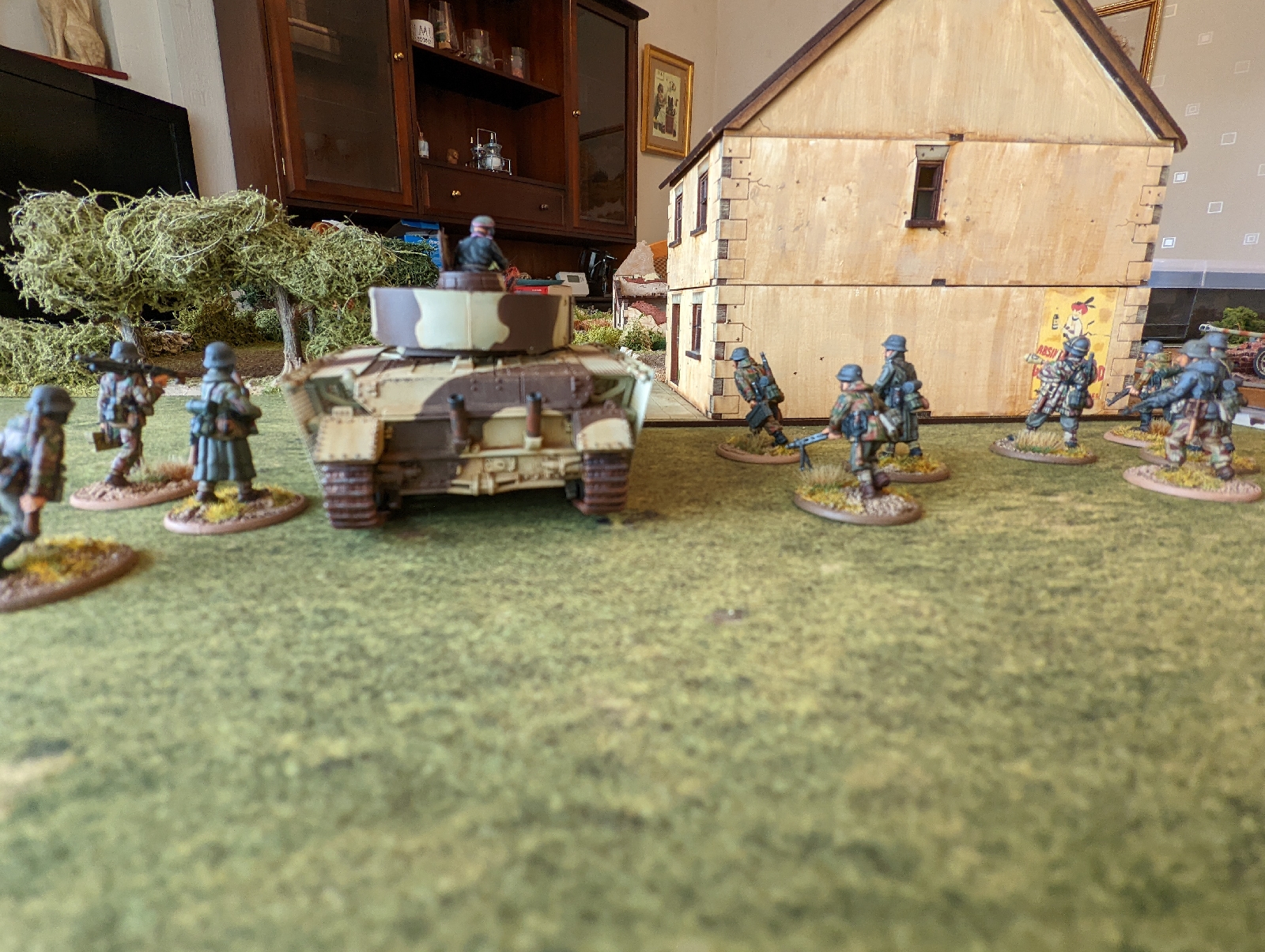 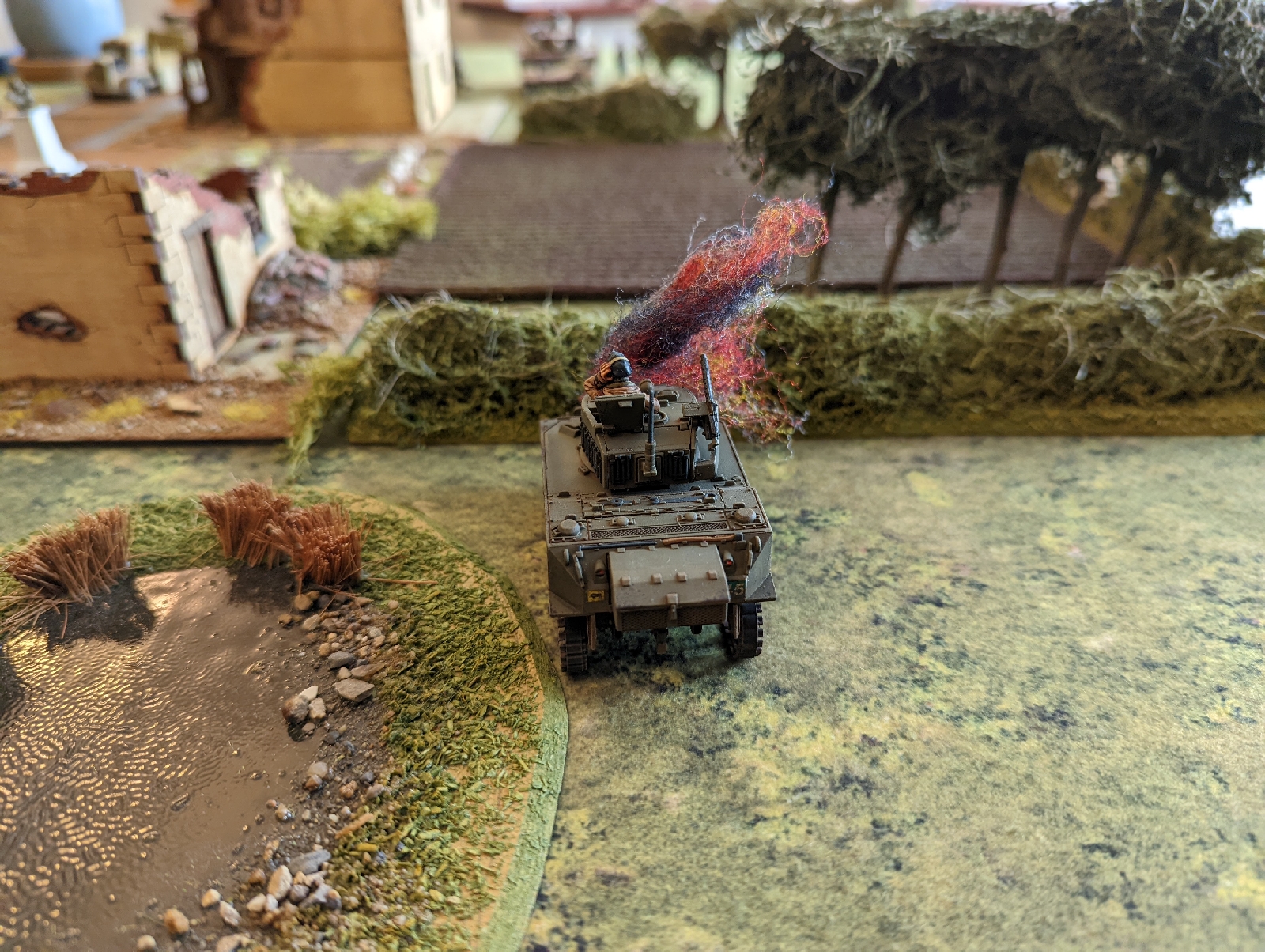 They score an immediate hit on the probing British M5. 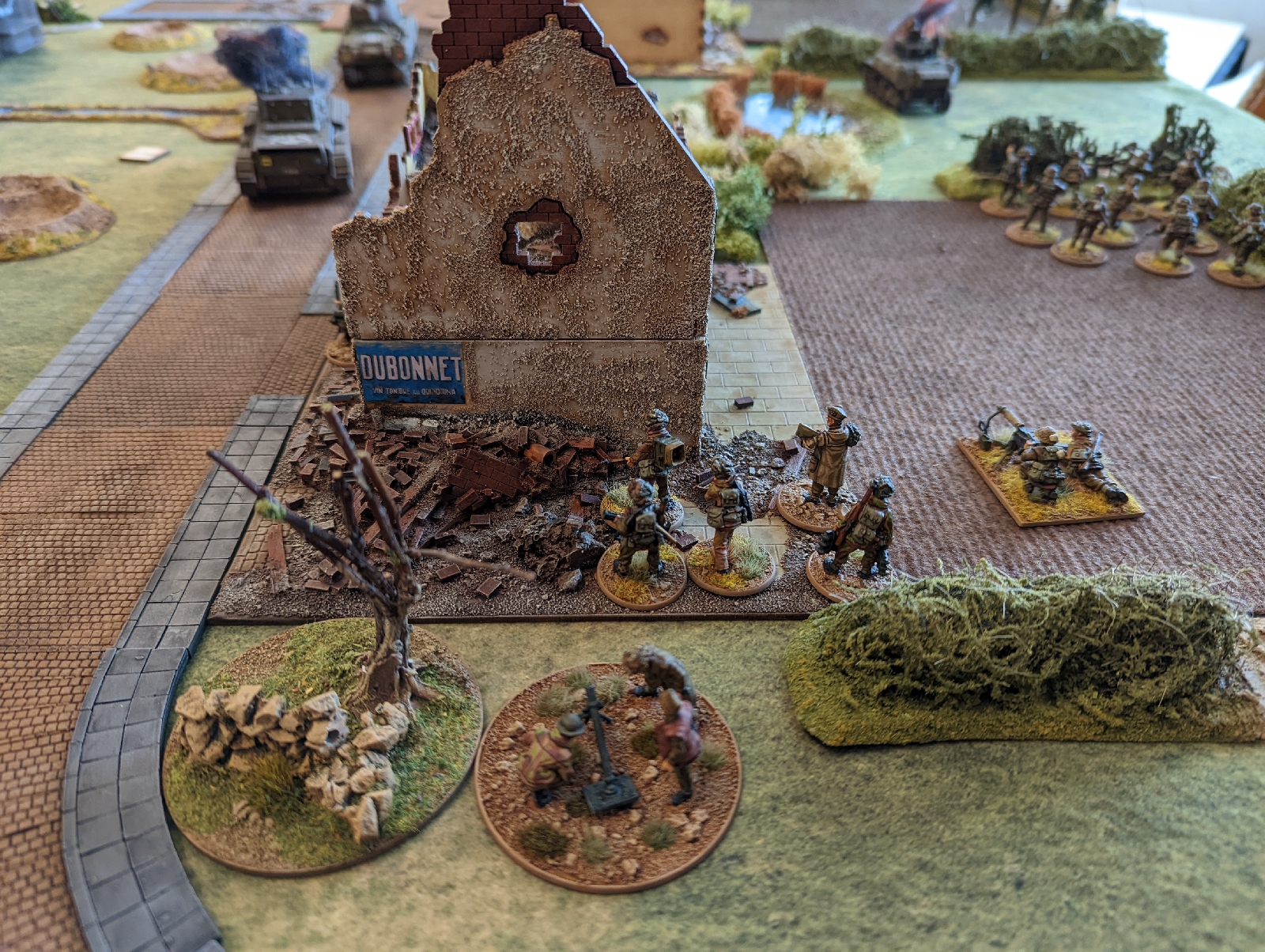 The platoon CO ponders his next move. 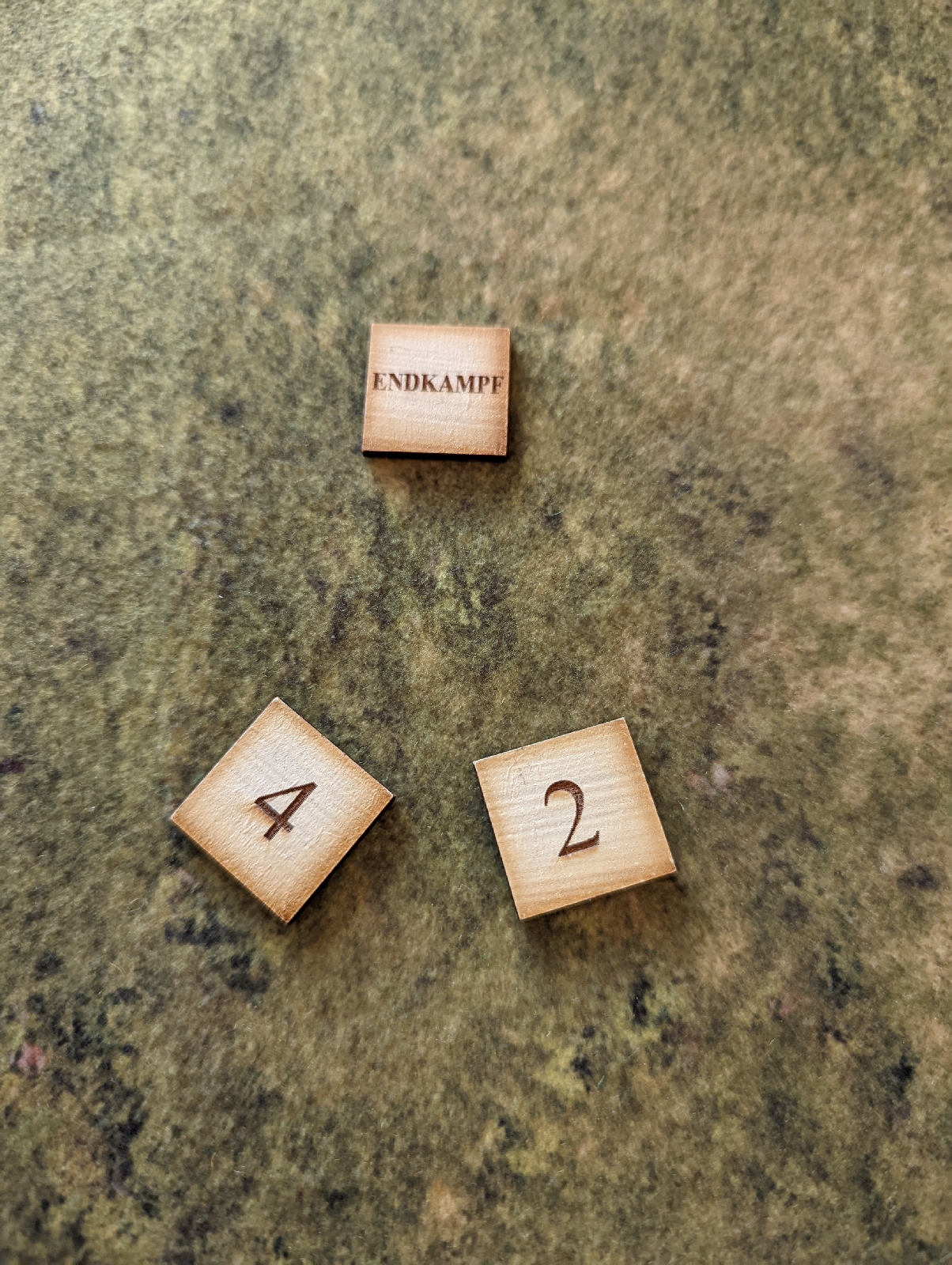 But no need the earlier in turn three British chit pull of the Endkampf chit, (an odd coincidence because Dave had only enquired in the previous turn if there were any chits that would adversely effect the Germans in the bag) which a D6 roll compelled the Germans to take two chits, this took the German Battle Rating down a third coupled with the loss of Steiner's patrol in turn seven took them over their total.
Despite reinforcement and holding the British on the town outskirts the Germans pull back conceding the village to the British.
I am currently making my battalions for the Triple Alliance project up to eighteen figures and painting up a M7 "Priest" and M16 Quad AA halftrack up for the 20mm American project.
Until next time................
TTFN and KBO
Posted by Phil Robinson at 10:29 15 comments: