Dave as for some time been trying to persuade me to play a First Carlist War game with my fledgling collection, I had been putting this off has I did not think that Black Powder rules would work with only one brigade a side, however I finally relented. I am pleased to say that the game went really well and lasted for about 11/2 hours, we played with ranges etc at 66% on a 4 x 4 table, the Carlist force consisted of four standard size battalions a 6pdr gun and a small cavalry unit, the Isabelino's four standard size battalions a Royal Marine rocket battery and a small cavalry unit. Both sides had a brigade commander but no CinC.

Here are a few pictures 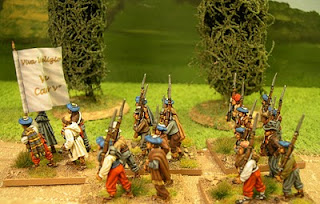 Carlist Volunteers march to do battle 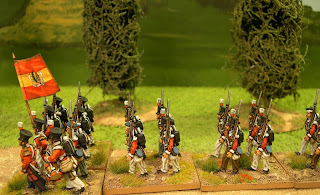 The British Auxiliary Legion march to do battle 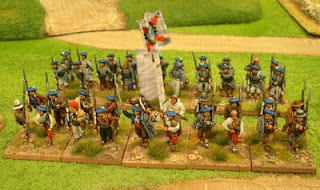 Carlist forces advance upon their enemies 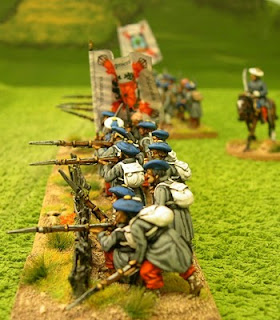 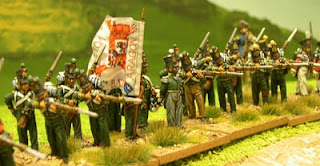 Isabelino Light Infantry fire in support of the BAL 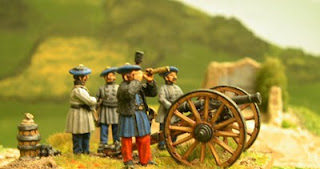 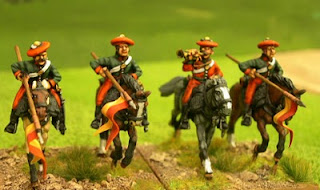 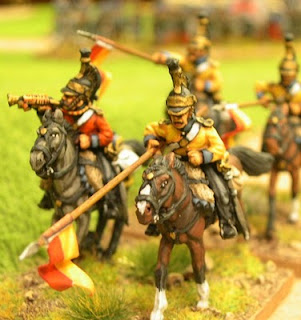 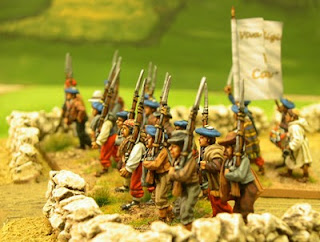 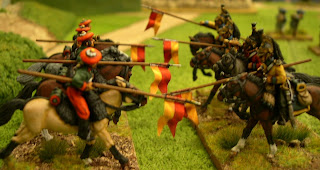 Over on the flank the cavalry clash 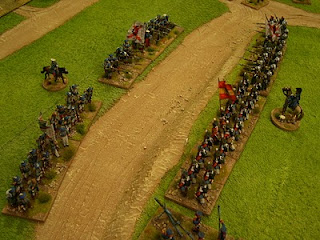 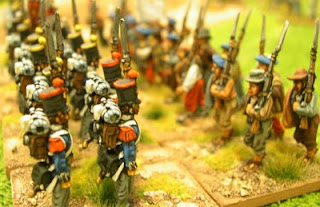 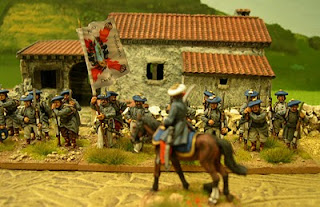 The game could have gone either way for a while but bad dice throwing by the Isabelino's (Me) turned the game in favour of the Carlists (Dave). First off my BAL battalion was destroyed after taking massive fire from both infantry and artillery, over on the flank my cavalry were routed enabling the Carlist cavalry to threaten the Isabelino rear whilst over on the right I lost heavily in the hand to hand fighting. My 5th game and fifth defeat using Black Powder, perhaps I don't like them after all :)
Posted by Phil Robinson at 05:41